The fear, chaos, and disbelief triggered by mass shootings have become an inescapable yet unbearable reality. Speaking is Difficult represents five years of an American crisis.
READ REVIEW
Next Previous 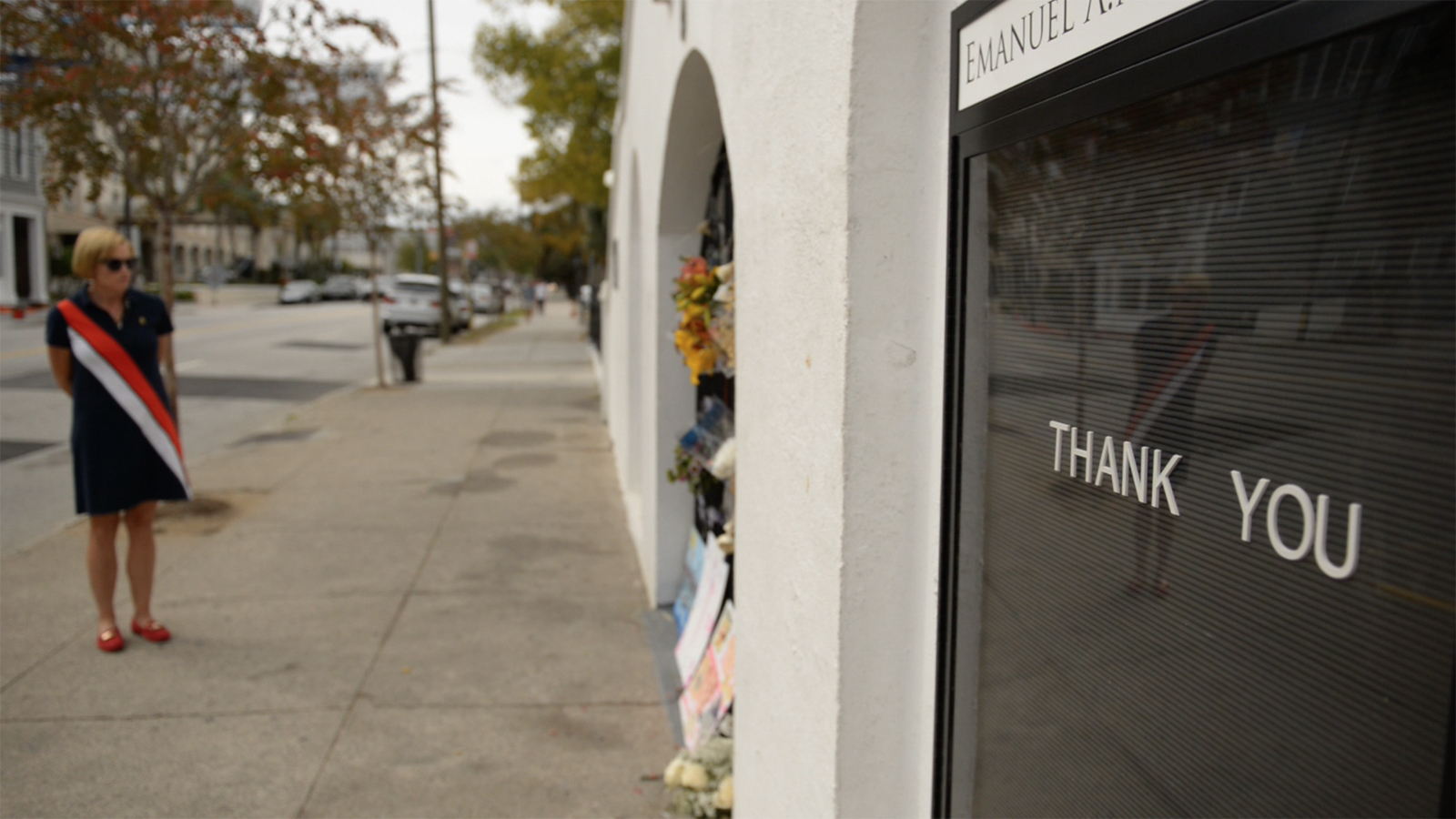 Speaking is Difficult, the newest short film from veteran documentarian AJ Schnack, and released through his journalistic venture Field of Vision, is not an easy watch, in either subject or construction. To the latter point, it’s not the kind of film that you design for the internet—it is slow and long, there is no action onscreen to speak of, and it is highly repetitive. Many of you will click play, watch a couple of minutes and maybe scrub through the timeline a bit before eventually stopping. This is understandable. Yet this difficulty does yield rewards for the dedicated—Speaking is Difficult is a remarkably urgent film, speaking out as it does to one of America’s ongoing tragedies in a novel way. The nature of its repetition, the grinding, inexorable accumulation of its tragedy, sneaks up on you and eventually overwhelms if you devote your full attention to it, creating the possibility for a highly affecting viewing experience, one that, through its formal experimentation, highlights the beauty and facility of the short form itself.

The film’s subject is the recurring tragedy of mass shootings in America. Utilizing a team of 20 videographers, Schnack, in reverse chronological order, cuts together peaceful, placid images of the settings of these crimes and overlays panicked, 911 emergency calls from the events.

The result is a tour through places and dates, the names and the numbers triggering faded memories of events that were front page news at the time, only to recede from public consciousness. As a viewer it’s a trigger, reminding one of events once familiar that may be forgotten, the recognition of which in individual events is incriminating of ourselves, but repeated, back to back, over and over, highlights the culpability of the society at large.

That concept, of our habituation to the unacceptable, is reinforced by the juxtaposition of the images and recordings, but also triggers a new empathy and fresh fear. Life goes on, even after tragedy, and mundanity of daily life in the present day at these sites of extreme violence reminds us at once how easily we move on, but also serves as a powerful warning for the future. The sites themselves are not special or unique, they are areas in which the normal occurrences of life take place unremarkably, and the mundanity, the familiarity, causes unsettling reflection—we recognize these sites as spiritually the same as any number of places we find ourselves in on a daily basis. What has happened there, could happen anywhere, to anyone. Even you.

Fear-mongering is not the film’s goal though, nor is it a clear call to action. Instead it is a call to consciousness. To that end, the project is designed to be a living work, to be continually updated through time as inevitably this cycle repeats itself. It is an elegiac call to remembrance, to not forget, and in that aim, and its construction, it is highly reminiscent of Ira Sach’s marvelous short Last Address, which similarly paid tribute to the AIDS crisis by photographing the last residences of famous artists who died in the epidemic of the 80’s. The title is evocative— “Speaking is Difficult”, drawing both on the film’s potent closing address (the only clip to deviate from the structure of the film), but also to highlight the way the public discourse around this topic has been corrupted, through intense ideological feeling, and fraught electoral politics. The film sidesteps this by being blatantly factual, yet more devastatingly political than any op/ed could be. If speaking is difficult, then do not speak, simply present.

Field of Vision supports cinematic journalism as its mission, and the film is simultaneously experimental yet remarkably true to its journalistic spirit. It is startling how effective Schnack’s approach is in evocatively, unflinchingly, confronting its viewers. It basically eschews narrative, a trick that is hard to imagine working in any other context than short film, but is largely reportorial in its adherence to the who, what and where of the journalistic craft. What’s lacking is a why, which it expects the viewer to fill in.

This is a documentary approach in the most classical sense of the term, a literal documentation of events in by-gone way, yet the editorial is implicit throughout. What’s remarkable is that the film need not make the implicit explicit, and it is a film whose narrative is not contained within the film itself, but the viewer’s head. The arc of Speaking in Difficult is contained in the experience of watching it. As a viewer you come with curiosity, then you tease out the structure of the film, and what it is doing. You then you allow yourself to feel the power of the audio/visual juxtaposition, allow yourself to reflect and attempt gestures of empathy. But then you get it, you become jaded and bored. Alright, I get it, will I really need 14min of this? But that’s the point, the flow of the film brilliantly mimics and indicts the routine act of consuming these stories and tragedies, and dares you to push through. In doing so, you succumb to the pressure of the horror, of the repetition of it, the unceasing onslaught, and your smug, protective shell cracks anew.

A difficult watch, both emotionally and in the simple experience of viewing, but undeniably vital. Field of Vision and AJ Schnack present an experimental short film on mass shootings in America that is unquestionably one of the most potent political statements of the year.