Housebound after a stroke, an elderly woman receives her basic needs through carers, who visit briefly each morning and night. Soon however, Betty finds she is not alone, as an intruder inhabits her home.
READ REVIEW
Next Previous 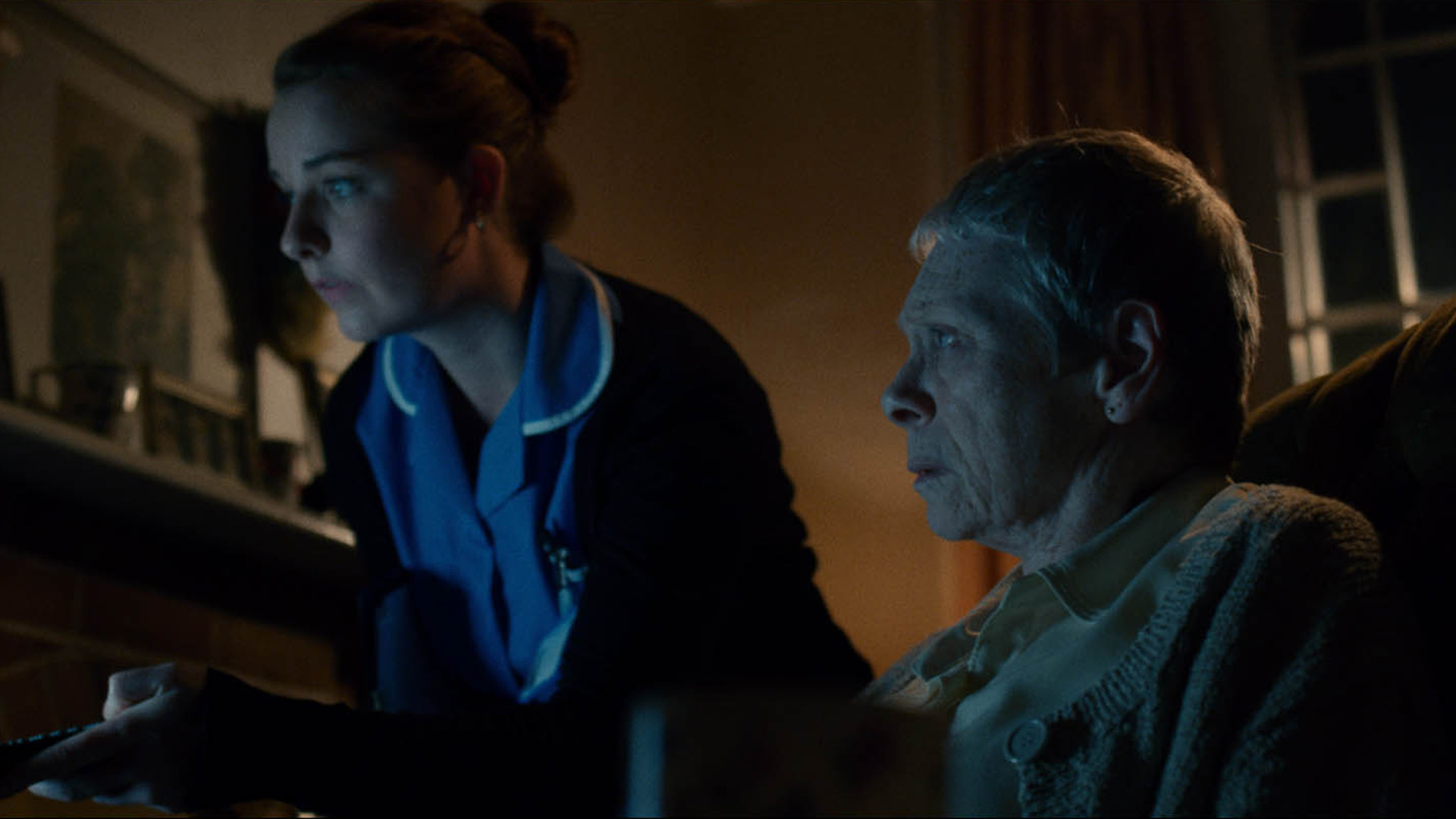 In film, senior citizens are often used as punchlines instead of characters. They’re the kooky old folks who say inappropriate things, or, in the case of horror films, act demonically. Rarely are they represented in a way that feels nuanced and complex. Director Louise C Galizia’s Pardon the Intrusion accomplishes this rare feat, crafting a touching character drama about an elderly woman who forms a connection with a mysterious intruder in her house. The result is a short that explores aging, personal courage, and human relationships.

To be up front, this isn’t a short film that will set the internet on fire—it’s probably more “festival” than online friendly. But, as much we tend to feature shorts meant for a web viewer with a short attention span, here at Short of the Week we are still hoping to champion solid drama when it presents itself. Pardon the Intrusion might not be flashy, but it’s touching without ever be preachy or cloying. And, it’s bolstered by an incredibly strong lead performance from veteran British actress Sara Kestelman. Impressively, the connection between the protagonist, Betty, and her mysterious intruder is told without words—quite the cinematic feat. Instead, director Galizia concentrates on well-realized visual moments—utilizing shot repetition, lighting, and color changes—to make the various plot elements resonate. It’s a #longshort that ultimately rewards the patience of its viewer.

“The focus had to be the relationship, and Betty’s state of mind,” Galizia writes via e-mail. “So, I wanted everything else to really mirror that. Through the duration of the film you see how everything begins to change. The lighting changes from dark to light, the colour palette changes too—from costume, set and even make up—If you were to compare the look of the film at the beginning to what it looks like at the end there is an obvious difference.”

The film was shot over the course of 3 days in a small North London flat. Due to the tight quarters and budget limitations, Galizia opted to shoot as many long takes as possible, eliminating the need for multiple lighting setups. The result is a film with a visual language that is simple yet effective, displaying a strong sense of craft. Intrusion had a solid festival run, screening at Palm Springs ShortFest and taking home the best film prize at the Charleston International Film Festival.

As for what’s next, Galizia is hoping to tackle another short film: she’s developing a script entitled Subterranea about a young foster boy, living in London, who comes across a community of people living deep underground, in the old network of tunnels and sewers of the city. Looks like she soon might find herself shooting in tight quarters once again!