The life of a misguided and intensely focused man, chronicled through his oral obsessions. A creepily offputting short that played Sundance and SXSW
READ REVIEW
Next Previous 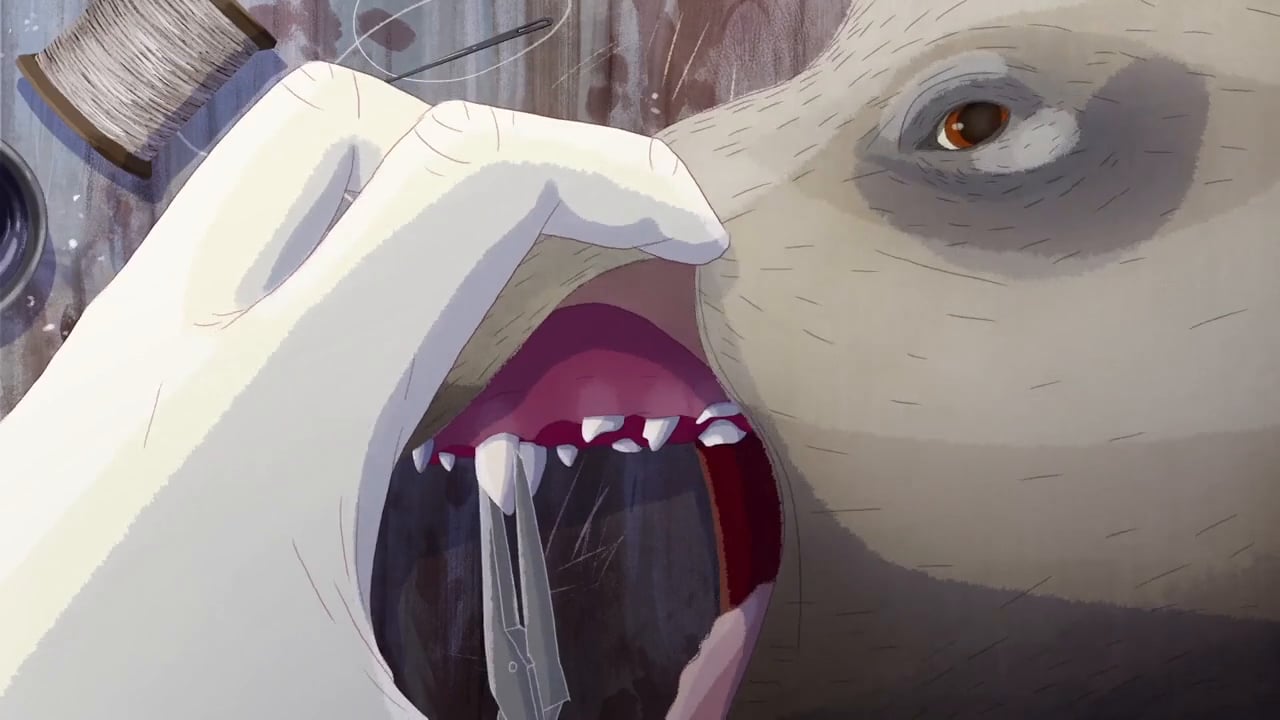 The marvel of our bodies and their constituent parts is so natural that it escapes everyday examination. We’re so habituated by our fine strands of hair, our ever-growing nails, and yes, our hard, enameled teeth, that we ignore that in many ways they are profoundly strange.

teeth, the new film by celebrated animation duo Daniel Gray and Tom Brown, seeks to snap us out of this comfortable obliviousness by focusing on a character with a profoundly disembodied relationship to his teeth. It’s an odd premise, and its execution defies easy categorization, trending as it does towards body horror, but not rising to a level of being truly scary. Instead, through its focused visuals, solemn voice over, and unnerving sound design, the film opts for a tone of psychological discomfiture through the chronicling of a life of peculiar preoccupation that culminates in actions that are truly upsetting.

While Brown is based in NYC and Gray in Hungary, the duo met and began their partnership in animation school in the UK, and the film goes forth in a manner that I associate as British, propulsed as it by the voice over of a gravelly veteran actor (Richard E. Grant) and in an economical sweep, covering the life of lonely man’s obsession.  The visuals are a delight, employing a painterly palette of muted colors punctuated often by the color red for bold contrast. The style, an evolution of their previous film, T.O.M, builds off of that effort, yet is expanded by years of commercial experience. That experience did not in any way streamline the effort of making the film though as Brown, quoted in a piece on the film in Vice, notes that the visual aesthetic is “…not a commercial style we could ever use because it took me three years just to color it in.”

Sound Design does not get called out much for recognition on this site, but Antfood, a favored studio of the animation set,  is prominently listed in press materials for the film, and rightfully so. Sound is a vital aspect of teeth—with its preponderance of tightly framed shots, visually the film is almost claustrophobic in its narrow focus (mirroring the obsession of its main character), but the sound design both expands and amplifies the films themes, punctuating the body horror that is implicit in the premise via a delightfully organic mix of gurgling swallows and uneasy scrapings underlined by burbling, unsettling, bass.

This attention to detail in all aspects of the film is obvious, and underline what a labor of love it was for its principals, who confide that, from ideation to completion, the process took almost 8 years. With that in mind, the gratification received from film’s reception must have been immense, as the film premiered at Sundance, was awarded a Special Recognition honor from SXSW, and also received Best Animation at the British Animation Awards. The duo continue their commercial careers under their Holbrooks banner, but we hope that the arduous experience has not exhausted them from pursuing their filmmaking further. Knowing these talented gents as we do however, I expect we’ll continue to see exciting artistic work from them in the future.