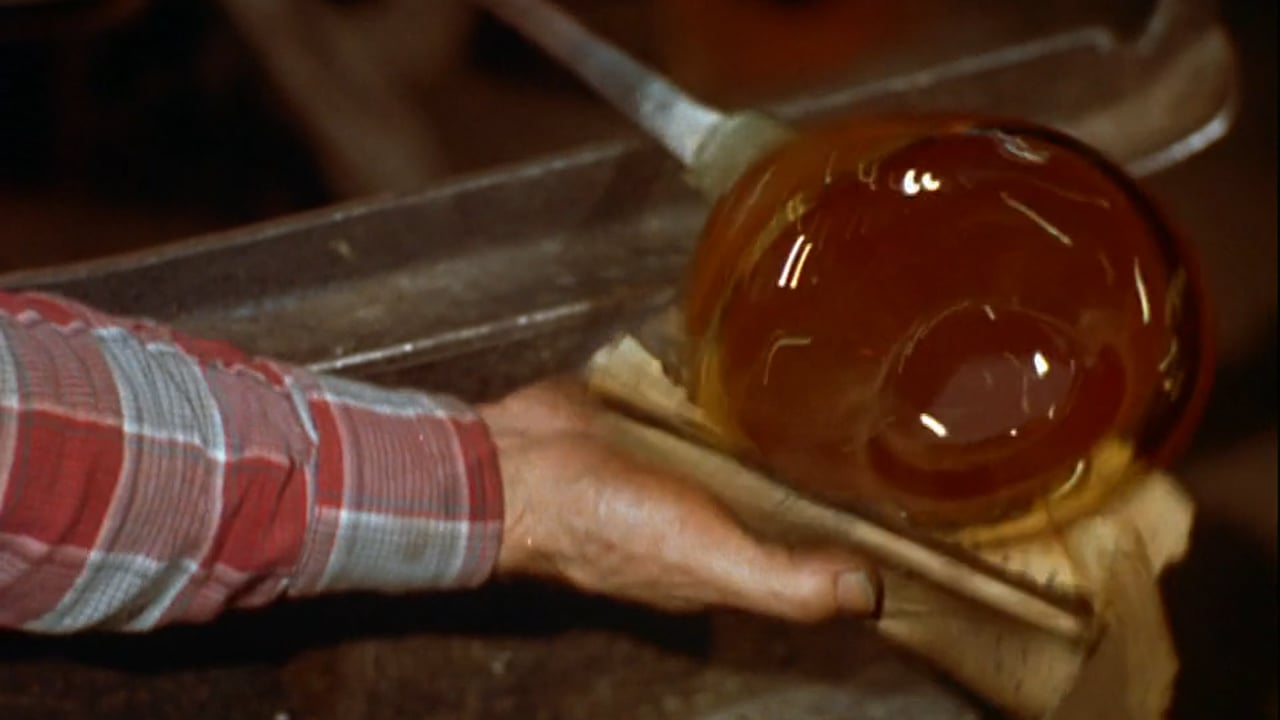 Winner of the 1959 Academy Award for Best Short Documentary, Bert Haanstra’s Glas compares hand-made craft with automated production in this industrial film with a bebop heart. A 10-minute dialogue-free piece, this lyrical documentary proves a surprisingly hypnotic watch, with its rich visuals and playful edit perfectly combining with a lively Jazz score.

Originally commissioned to create a promotional piece for Royal Leerdam Glass Works, Haanstra agreed to make that film on the condition that he could also produce an accompanying short after being inspired (and somewhat amused) by the mechanized production line within the factory. Though we don’t (as far as I can see) have access to that original advertising piece, the by-product of that process ended up spawning this highly-regarded, critically-acclaimed documentary that still feels relevant and enjoyable almost 60-years after is was originally created.

Narratively loose and feeling like its story structure is more akin to the composition of the Jazz tracks featured on its score, Glas isn’t a film that exactly feels like it fits perfectly with the “narrative-first” approach we often follow on Short of the Week. More observational and abstract than a lot of the work we feature on our platform, Haanstra’s short might not feature a particularly memorable plot, but at a time when the portrait/profile documentary is a hugely popular approach in the field, the influence of Haanstra’s Glas has never felt more prominent.