Thomas sees his ex-girlfriend everywhere, every place he goes, in every person he meets. She broke his heart. Any maybe his head.
READ REVIEW
Next Previous 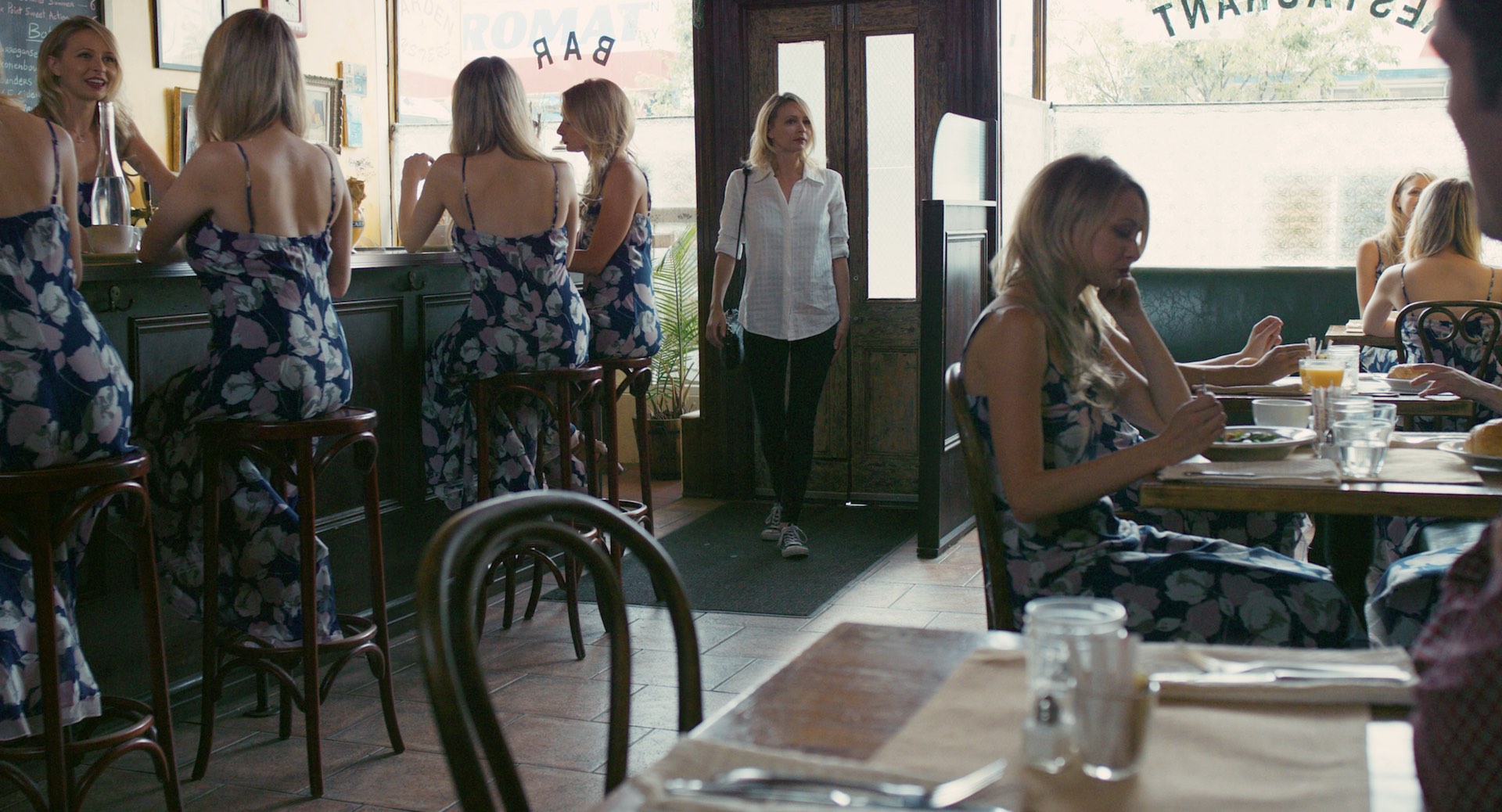 See You Around is a charming comedy about a guy who may have lost his mind post-breakup with his girlfriend. We’ve certainly all been there, but probably not quite like this poor guy. Unfortunately for Thomas, played by CollegeHumor alum Josh Ruben, he can’t stop seeing his ex-girlfriend—literally, seeing her—all around town. He knows it’s not really her, but whether it’s at the corner deli, on infomercials, or in that porn he was watching, she shows up. The result is a film that cleverly implements a relatable premise visually, then backs it up with witty writing and unusually strong performances.

While the premise attracts the headlines, writer and director, Oren Brimer demonstrates a skilled hand at the nuts and bolts of the comedy contained within. The result is akin to a sophisticated sitcom with an anti-romantic ideology. Brimer’s sharp writing style will induce unattractive snorts and smirks as you watch each character interaction unfold. The success is in how his actors execute joke saturation, rolling one punchline after another in a fast-paced rhythm that’s impressive.

On-screen chameleon, Courtney Pouroso, who plays ex-girlfriend Allison, does a fantastic job of impersonating other characters. So, while Thomas sees his girlfriend in place of his therapist, we, as audience members, don’t miss a beat. All of the actors are pretty laugh out loud funny and include George Basil and Pete Holmes, who are also stars from CollegeHumor Originals.

Still, if the visual conceit of the film were not executed effectively, it would be harder to persuade audiences to stick with the 22min film. Scenes with multitudes of the ex-girlfriend show off Brimer and team’s creativity. He explains the process to us, writing, “DP extraordinaire Smokey Nelson and I employed a system of drawing out odd shaped split-screens on a plexiglass monitor cover that would later be employed in the compositing in post production. What we achieved was a surreal visual device with very minimal visual effects work in post.”

Brimer’s talent is being duly recognized outside of shorts, he is currently a writer/producer on a new HBO show called Crashing, which is executive produced by Judd Apatow and stars Pete Holmes, who played the ‘Therapist’ in See You Around. Premiere dates are not set yet, but we’re positive that it will single-handedly justify your HBO NOW subscription (ok Game of Thrones helps too). Be sure to keep an eye out for it.