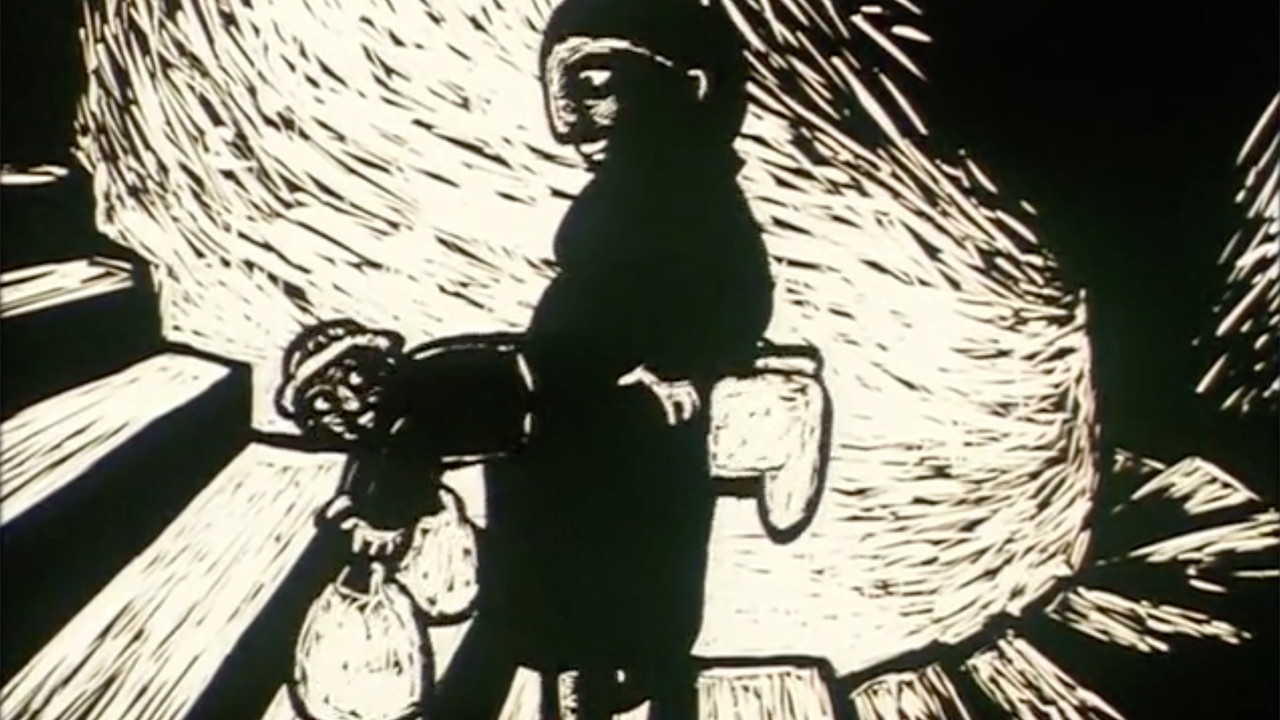 Originating from the filmmaker’s childhood confusion over an English expression regarding sex, Marie Paccou’s 1998 animation is the absurd, yet emotive tale of a woman who wakes one day to find a small man growing out of her abdomen. Telling her surreal story through sketchy black-and-white animation, complemented by a philosophical voiceover, at the centre of Un Jour is a thought-provoking metaphor that is bound to provoke many different readings.

Though the situation Paccou’s central character finds herself in is obviously a ridiculous one, it’s to the filmmaker’s credit that Un Jour never descends into farce (although there are comical moments in her story). Instead this fable-like story carries real weight and it’s a narrative, which along with its aesthetic, still feels fresh and relevant today.

Described by Annecy as a ‘film that became an instant classic’, Un Jour was the filmmaker’s introduction to the short film world and it’s a world she’s continued to be a part of almost 20-years later. With a series of other shorts published over the following years (all of which are available on her Vimeo channel), Paccou remains a much-lauded and referenced artist in her field.