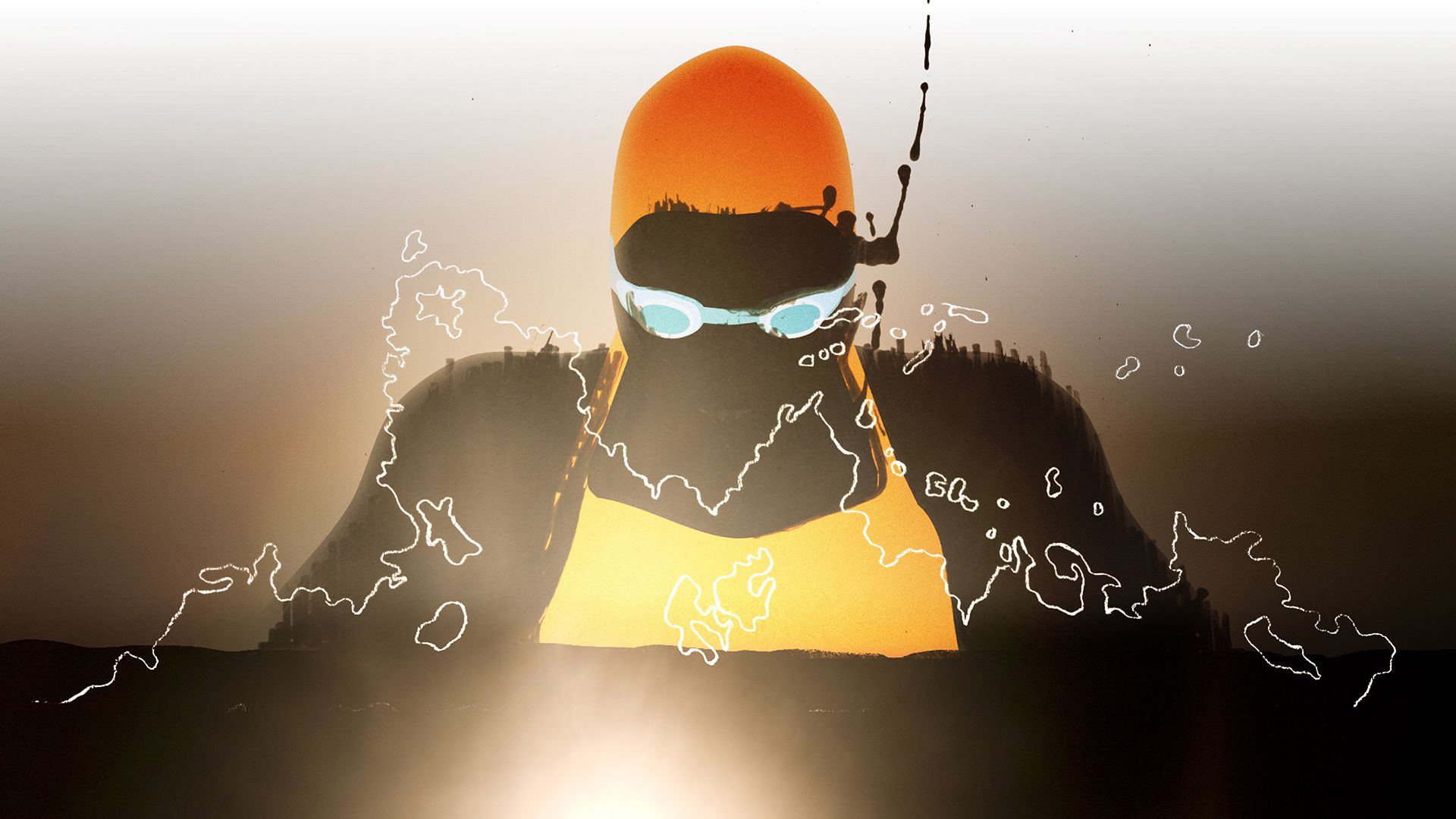 Screened at festivals worldwide, Tomek Ducki’s glorious animated short Baths (Łaźnia) is a harmonious amalgamation of technical styles, intricate sound-design and energetic editing that all come together into one exhilarating, experimental film. Taking the simple premise of a battle between two recreational athletes and expanding into a storyline that deals with themes of fantasy and reality, life and death, body and consciousness, past and future, this ambitious 4-minute short is one that gets better with every viewing.

Beginning as a leisurely-paced short that sees two elderly women performing their routine exercise at the swimming baths, Ducki’s film explodes into life when the senior swimmers spot a mysterious light at the bottom of the pool. Through a clever use of sound and an imaginative aesthetic this 4-minute short quickly immerses you in a surprisingly tense battle between the athletes as their friendly dip is transformed into a fierce battle between two rivals.

“The actual story of the two swimmers can be interpreted very simply as a fierce sporting rivalry”, reveal Ducki in his press kit, “but the film is open to the possibility of being read as just one person’s struggle of passing into the ‘other’. The characters are the two sides of one personality – body and spirit.”

Describing the use of different animation styles in the creation of his short as “a crucial part of the storytelling”, Ducki’s film is a dizzying mix of techniques that combine into one truly jaw-dropping cinematic experience. “To effectively divide the two worlds and be able to balance between surrealism and realism we decided to have one moody hand-made world, and another crisp ‘digital’ one”, says the director. “The short format allowed us to try and experiment with an individual mix of animations for almost each scene. The most used techniques were: aquarell, paint on glass, ink on paper, cut-out animation, rotoscoping, digital drawings, photography, digital cut-out, digital compositing, and even some personal hardware inventions to use with mobile tablets. Most of the finished pictures were re-shot on camera using analogue optical effects for a special blur and color treatment”.

Alongside his narrative shorts (if you haven’t seen the animator’s previous films it’s well-worth checking out Silent Touch and Life Line – Életvonal, Ducki has created a number of impressive music videos that can be viewed on his Vimeo channel.