Starring Pamela Anderson, Dree Hemingway and featuring the voice of Jane Fonda, 'Connected' is a portrait of a woman grappling with aging, self-perception, and transformation in a technologically optimized world.
READ REVIEW
Next Previous 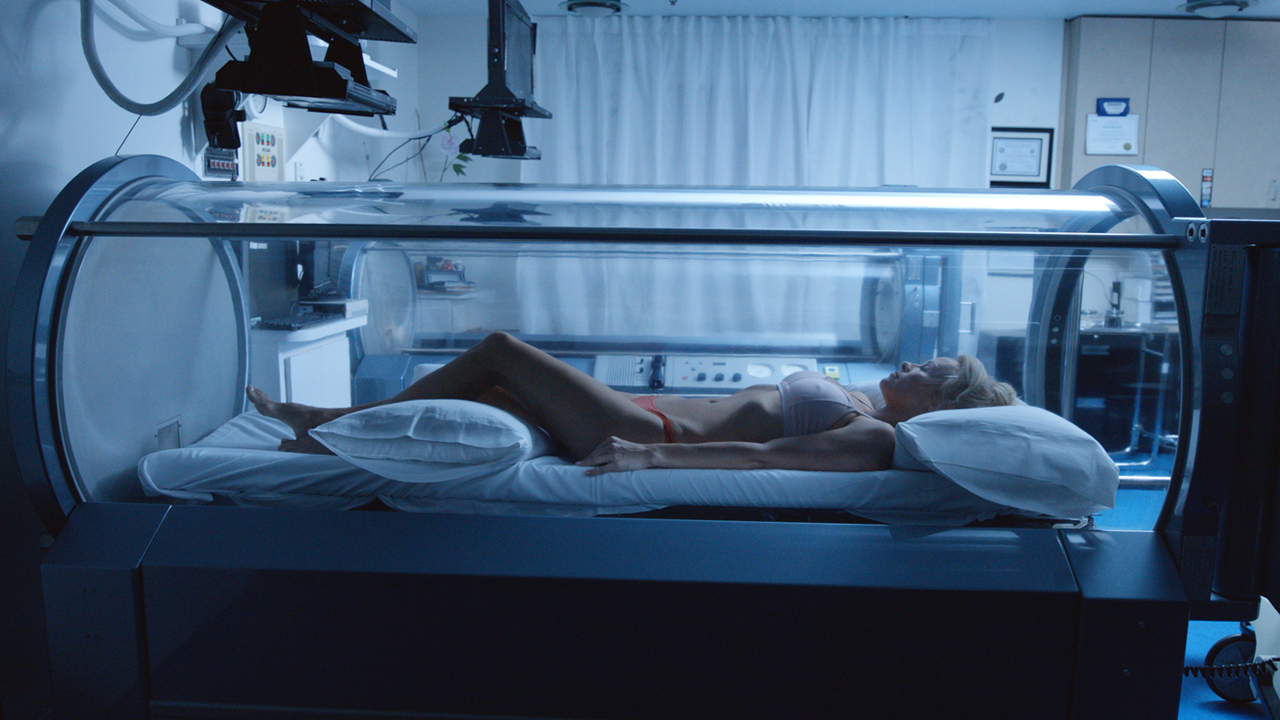 Drama about Identity in Live-Action
Directed By Luke Gilford
Produced By Cadence Films, Vice / Motherboard
Made In USA

Pamela Anderson, Dree Hemingway and the voice of Jane Fonda star in Luke Gilford’s Connected – the story of a woman searching for a deeper connection to her fellow human beings – and herself. Reminiscent of Spike Jonze’s Her, Gilford’s 10-minute short explores how technological advantages can make individuals feel disconnected with society, as physical interactions decrease in favor of online connections. Mirroring current cultural trends, Anderson’s protagonist Jackie primarily turns to technology to interact with other people, leaving her feeling alienated and alone and creating a narrative which adds to the debate of how evolving technology affects how we relate to each another.

Without trying to sound cynical, this role might just be Pamela Anderson’s best performance to date. Putting everything she can offer as an actress into perfect use, she hones a believable, relatable character, her wispy voice adding a fragility to the character that enriches the emotional core of the story. At the same time, Anderson’s obvious but fading beauty and sexuality helps Gilford and his team create a portrayal of a woman nearing her 50s without judging her physical attributes and still comment upon it’s societal perception.

“I hope the film furthers the conversation about our relationship to beauty, aging and technology”

“Connected began when I met Pamela Anderson for the first time”, director Gilford reveals to Short of the Week when asked about the inspiration for the film. “After having explored issues of self-perception and transformation in some of my photography and film projects, I was ready to create a narrative film which investigated these topics in a deeper, more grounded way. What is the evolution of a performer who has made her mark on the world with her body, something that inevitably depreciates with age? I wanted to ask these questions in the film, and to bring forth a vulnerable performance that blurs the lines between reality and fiction. Instead of focusing on the obvious relationship to sex, I wanted to focus on introspection and transformation. Intimacy and finding strength in being vulnerable is a big part of Pamela’s public story, as well as the community-driven, wellness culture element of Connected. I hope the film furthers the conversation about our relationship to beauty, aging and technology, as well as each and every individual’s potential for reinvention and transformation.”

Dree Hemingway plays Anderson’s younger counterpart, who seems to be more at ease with herself and the technological possibilities available to her generation. Reminiscent of her breakout performance in Sean Baker’s Starlet, Hemingway brings a charming lightness to the screen that simultaneously radiates a natural self-confidence. Working with Jane Fonda as the voice of Jackie’s wellness guru, the choice not only adds further prestige to the cast, but was also meant to parallel the Hollywood legend’s public story.

The special rhythm of the film turns Connected almost into the transcendent experience normally associated with more experimental works. While the narrative creates a bigger world we only get a small glimpse of – it’s no wonder that the filmmakers are thinking about expanding Connected into a feature film. Here’s hoping they can keep the engaging vibe they established here, even though it’s the sort of thing shorts still do best.