Oskar is going to die in 6 days. He is now ready to forgive his brother for a disagreement years ago. Will he reach his brother, who he believes live on the other side of the Atlantic Ocean, before it is too late?
READ REVIEW
Next Previous 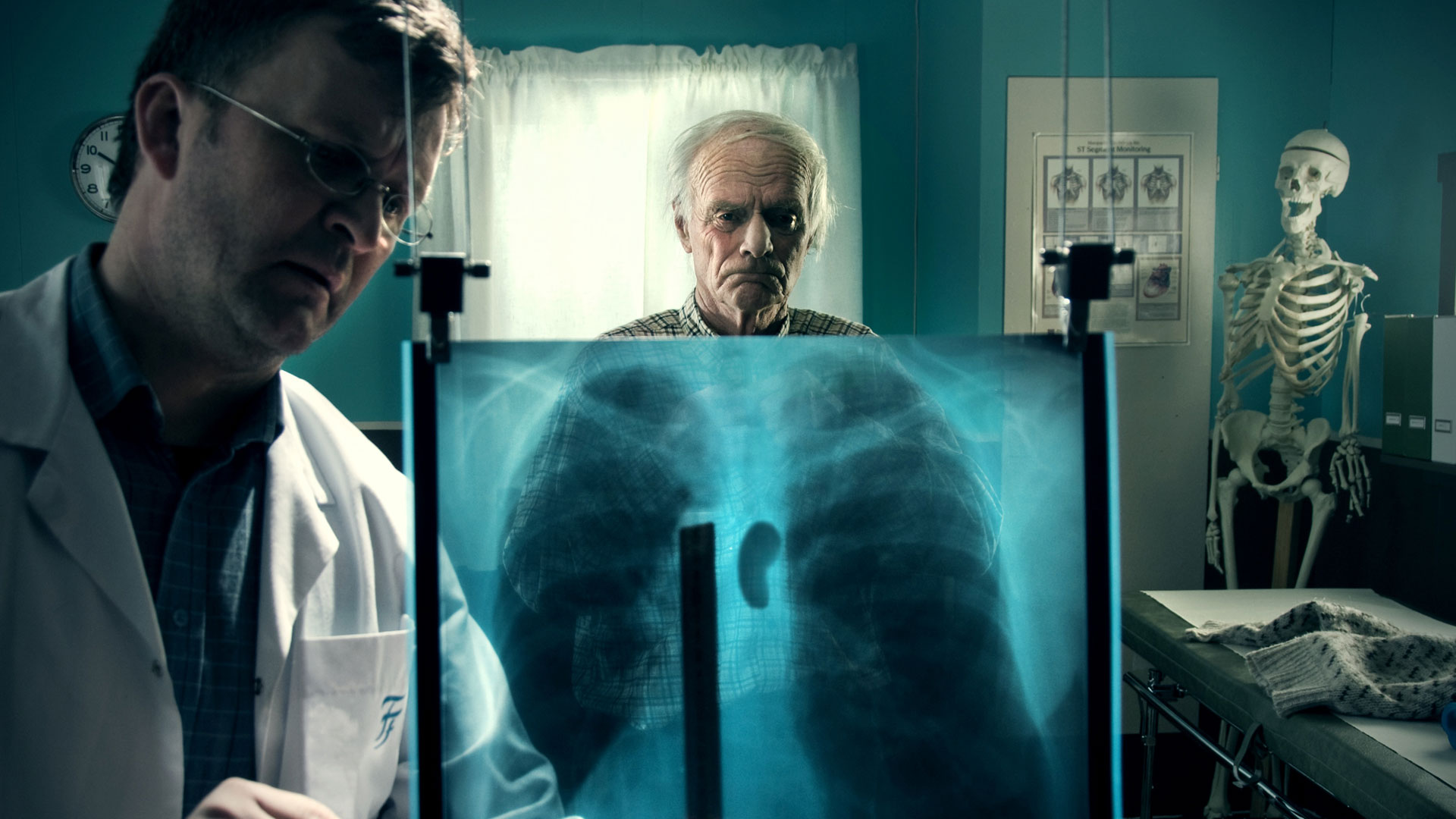 As our lead-up to the Academy Awards continues, here’s yet another great Oscar nominated #longshort that has finally made its way online. While it didn’t win the statuette in 2012 (and was, oddly, rescinded of its nomination after the ceremony due to archaic Academy rules about theatrical premiere status), I consider it to be the strongest of that year’s nominees. The film is a remarkable balancing act of tone—it’s quirky and funny but also sobering in how it handles larger, heavier subjects like life and death.  As such, Tuba Atlantic is a difficult film to describe—a melange of dark Nordic comedy and idiosyncratic indie cinema.

While I often begrudge films for being too long, Tuba Atlantic is a rare exception. For a 25 minute piece, the pace is surprisingly brisk. Plot elements build quickly and the two central characters—a 70-year-old curmudgeon and the teenager who desires to help him in deal with her grief (so, she can become an official angel of death!)—are eccentric, yet never unbelievable.

Tuba covers a lot of standard film tropes: estranged brothers, person with only a few days to live, old man who forges a connection with a way-too-perky teen. But, surprisingly, none of this ever feels cliché. It’s hard to say why exactly this is, but one key component is filmmaker Hallvar Witzø’s restrained direction.  The film is polished in its production, but never showy. And, thus, like the way it balances tone, Tuba Atlantic knows just how far to push the weirdness without ever letting the train fly off the tracks. The result is a film that feels inventive and touching—the final moment will make you want to smile and cry.

Since the film’s Oscar nomination,  Hallvar Witzø hasn’t rested on his laurels. His film, Yes, We Love is another excellent Norwegian short that was nominated for the Palme ´d Or.at Cannes in 2014 (i.e. not the Short Film Corner). We look forward to following his cinematic journey—hopefully, we’ll be seeing more of his work across the Atlantic soon.