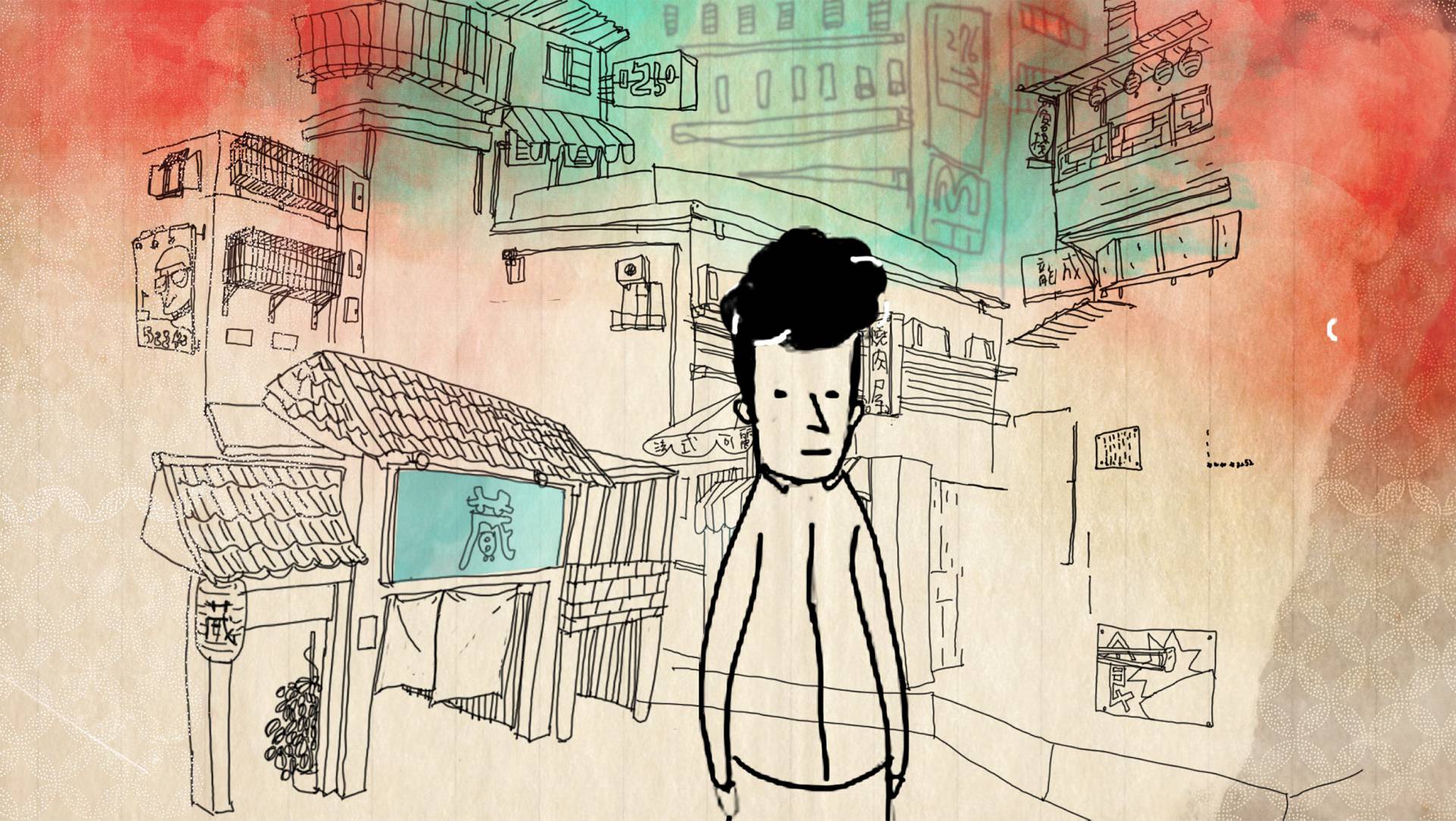 A dramatic retelling of a fictional event that sees protagonist Gabriel’s wife killed in an assault, Frank Ternier’s 8 balles (8 bullets) is an unsettling revenge tale, that emits a documentary feel to magnify the intensity and believability of the narrative. Inspired to create his storyline after processing thoughts of the primal instincts that could be released if someone did harm to your family, Ternier took these raw emotions and fashioned them into an experimental animation as challenging as it is engaging.

Describing the aim of his movie as wanting “to immerse the audience in the pursuit of the killer”, Ternier’s approach combines understated moments of almost peaceful tranquility with eruptions of unsettling brutality that jar in a most rewarding manner. Creating a “simple” aesthetic that opposed his dark story, the director and his team animated the majority of his film on paper and then used the likes of 3ds Max and After Effects to complete the visual style they desired.

8 balles has an odd effect on its audience, the aforementioned juxtaposition of placid and aggressive sequences truly creates an usual dilemma for viewers; do you relax into the inquisitive nature of those quieter moments or prepare yourself for the incoming ferocity you’re expecting any second. Innovation is something we crave in all our featured films and Ternier’s short has that in droves, combining this ingenuity with an emotive and engaging storyline and 8 balles feels like a short I wont be forgetting in a hurry.

Having toured 8 balles at festivals worldwide, Ternier is now concentrating on his next animated short Riot, whilst also developing a live-action short which he also plans to produce in 2016.