A humanoid creature struggles with its identity and gender when faced with rejection in this time-traveling science fiction horror.
READ REVIEW
Next Previous 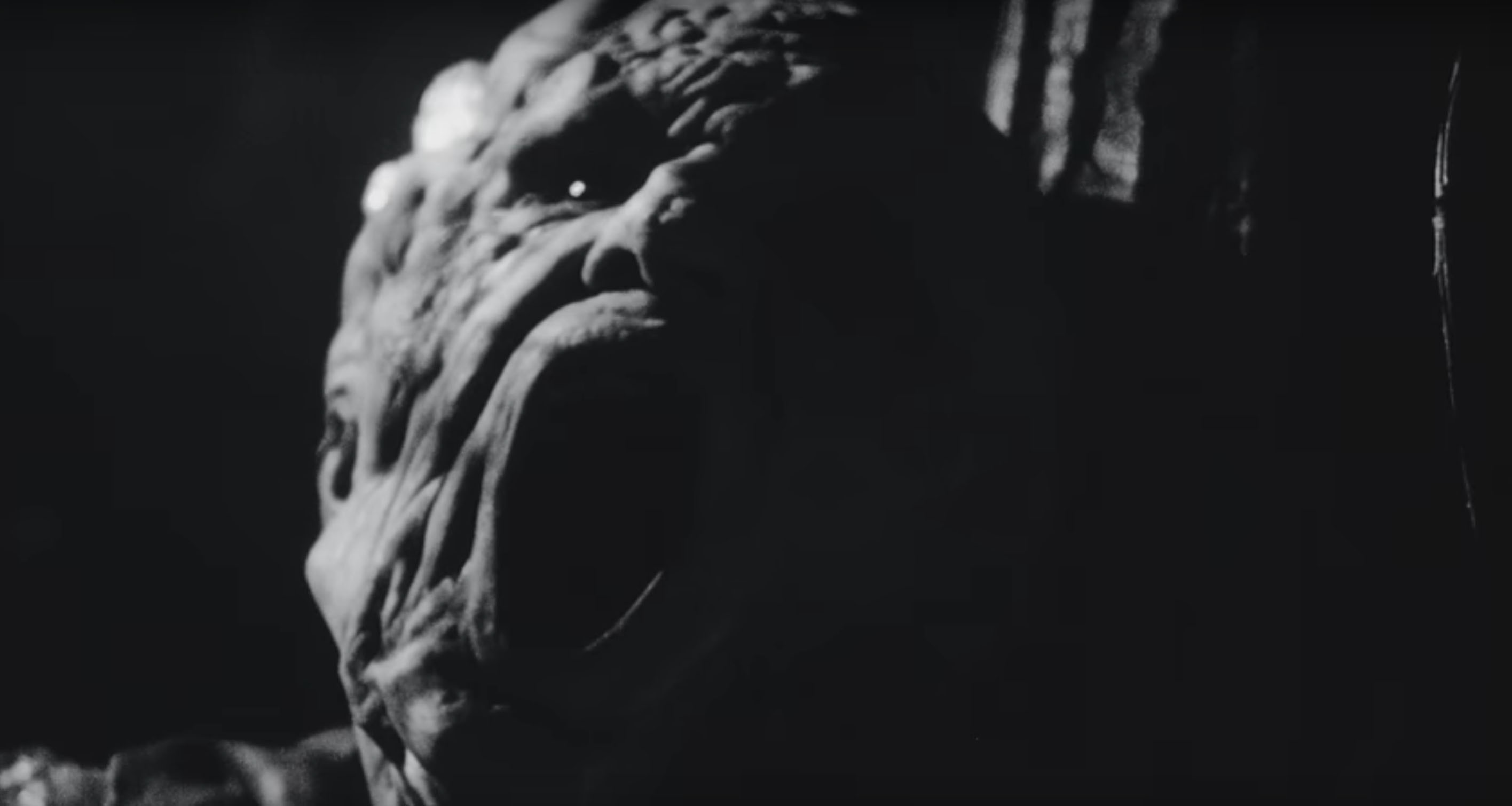 This year’s Sundance pick, FUCKKKYOUUU, is a super 16mm short film that is sure to repulse and seduce with its perversion of time-travel. Shot in black and white, Eddie Alcazar’s film slowly reveals a dark monster-like figure, masterfully leaving much to the audience’s imagination by manipulating the light in a most theatrical way. The result is eerie and full of tension. Flying Lotus’ sound design builds with an un-earthly tonality that adds to the unsettling effect.

Chilling is the word that comes to mind when watching this collaboration between filmmaker Eddie Alcazar and multi-genre music producer Flying Lotus – noted for his atmospheric sound and story driven albums. A filmmaker in his own right, Flying Lotus is no stranger to horror, creating twisted multimedia collaborations like Ready Err Not. His work with Alcazar is reminiscent of the classic horror Dracula adaptation, Nosferatu that forever changed horror cinema.

Narratively, as you might expect, the film is somewhat experimental and challenging. Something the duo’s official artistic statement of their horror meets science fiction prepares you for: “With the ability to travel in time, a lonely girl finds love and comfort by connecting with her past self. Eventually faced with rejection she struggles with her identity and gender, and as time folds onto itself only one of them can remain”.

Not afraid to push their audience beyond their comfort zone, the visual effects will mezmerize and tempt you to look away, all while making you feel a sympathetic connection for the nightmarish creature. Alcazar’s in-camera practical effects make pain almost too palpable as the torture ensues.

The humanoid-creature is akin to one of London’s infamous ‘human curiosities’ Elephant Man, with its lumpy skin and sad, introverted demeanor fictionalized in the 1980 film by David Lynch. That introversion is at the core of Flying Lotus and Alcazar’s concept of time travel – if time traveling would be an inward experience of intimate memory. The outcome is an extravaganza of stunning visuals depicting nudity and gore that create a gender-bending retrospective.

The film sets up such a serious bravado, that you can’t help but laugh at the end title that flashes with jarring sound “FUCKKKYOUU”. Brilliant or crazy, you have to admit that the film takes you on a roller coaster ride of emotion that may make you vomit.