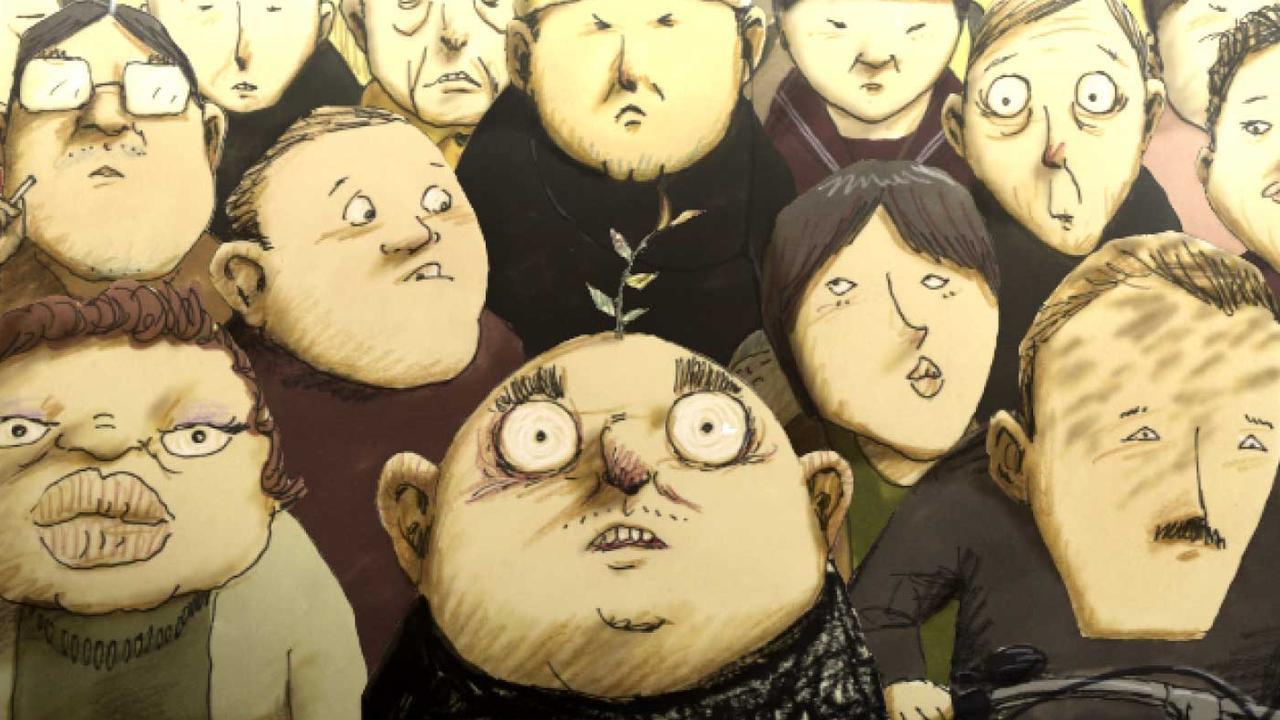 A modern translation of a classic Japanese Rakugo story, Koji Yamamura’s Atama Yama (Mount Head) is the strange and darkly funny tale of a man who unexpectedly has a tree begin to grow out of his head. Winner of the ‘Best Animated Short Film’ Cristal at Annecy and nominated for ‘Best Short Film, Animated’ Oscar, both in 2003, this fantastical 10-minute film is a shining example of the unmistakable animation of Yamamura and one of my personal favourites from the Japanese filmmaker.

A contemporary rendering of a 200-year-old fable, you’d be forgiven for assuming Atama Yama is a film with little relevance to present-day life, but the filmmaker was keen to highlight (in an interview with Nancy Harrison for Vertigo magazine) he didn’t pick this narrative because of its traditional roots. “I didn’t choose this story because it was old”, says Yamamura, “I found it very fascinating, and also sort of contemporary in its themes, and its appeal to contemporary people. It contains a lot of truisms, and that is why I chose this story. I transformed the old setting of 200 years ago to a contemporary setting, and it now depicts modern life”.

Upon first viewing Yamamura’s short, it initially seems to simply be a film focused on greed, but dig a little deeper and you’ll uncover various interpretations revolving around society and the environment. Combining wonderful technique, with a resonating, yet easily accessible story, it’s easy to see why Atama Yama has become a firm-favourite for many short film fans who have been lucky enough to see it on the festival scene. With the filmmaker releasing a lot of his previous shorts on YouTube in 2015, if you’re somewhat of Yamamura virgin, there’s never been a better time to become a little more familiar with his work.