When you lose something dear to your heart, there is only one place it can be found: The Lost Property office.
READ REVIEW
Next Previous 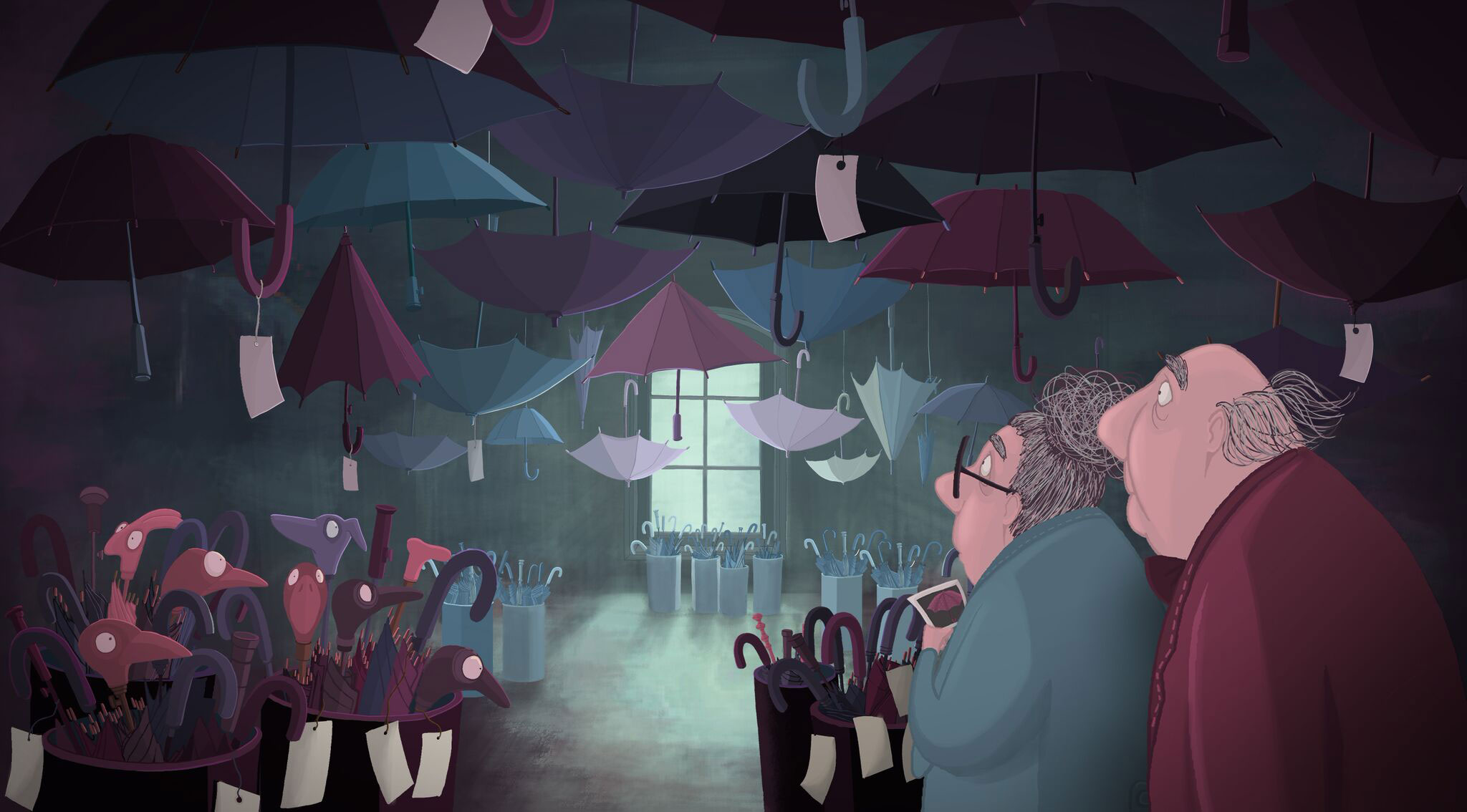 Ever since I saw the opening sequence of Pixar’s Up (you know the part I’m talking about), it seems like I’ve noticed a shift in animation—less hijinks, more sentimentality. The cynic in me wants to reject this trend—it feels like so many animators (especially those hoping to work for Disney’s animated behemoth) are crafting shorts that are aren’t just aiming for your heartstrings, but are figuratively trying to rip them out of your chest. It can all come across as a bit manipulative—feeling sad for the sake of feeling sad. But, occasionally, a short comes my way that manages to warm my cold, black heart. Lost Property from director Åsa Lucander is such a film.

Unapologetically sentimental and beautiful crafted, Lost Property is an emotional treat. At its core, it’s a love story. But, beyond that, it’s a tale of loss—about losing grip on one’s memory. It’s heavy material to be sure, but Lucander and her talented team approach it with an enchanting sense of whimsy. From a thematic standpoint, it’s hard not to make comparisons to another SotW pick, The Alchemist’s Letter. Also, through Lucander’s use of a “Lost Property Shop” as a narrative conceit, I was even reminded of another sentimental favorite, Caleb Slain’s The Lost and Found Shop. But, the film’s visual approach is brimming with imagination, complete with stunning transitions and a vibrant use of color.

As the director states, “A lot of my earlier work has been black and white, or I have used quite a muted color palette. I was determined to make this film different in terms of color, style and mood. I wanted to explore digital painting and spent a lot of time getting the visual look and feel right, with an interplay between a rich color palette, lights and shadows.”

Clearly, the film was thought out extensively from an aesthetic standpoint. And, the hard work really does show through in the final product. For those curious about the technical aspects of the film, the backgrounds were painted in Photoshop and the characters were animated in Flash. Everything was then composited in Nuke to blend the disparate elements and add additional visual effects.

The film was conceived and built at the now defunct animation design studio 12foot6, where Lucander and a team of other professionals brought it to life. Although 12foot6 is no more, Lucander has managed to land on her feet. Not only has Lost Property played at a slew of festivals (where it has picked up many awards), but she is currently employed at the venerable Aardman Animations where she works on many creative projects.

“I really wanted to set out to make a film that would touch people, both visually and emotionally. To explore a subject that is tragic but give it hope and tell the story in as beautiful way as possible.”

In reflecting on the film, Lucander states: “I think I really wanted to set out to make a film that would touch people, both visually and emotionally. To explore a subject that is tragic but give it hope and tell the story in as beautiful way as possible. I hope I have achieved that, that would be my dream.”

Well, Ms. Lucander—we would say you most definitely have succeeded.