Classic French animation from director Sylvain Chomet in which a starving policeman masquerades as a pigeon to trick an old lady into feeding him.
READ REVIEW
Next Previous 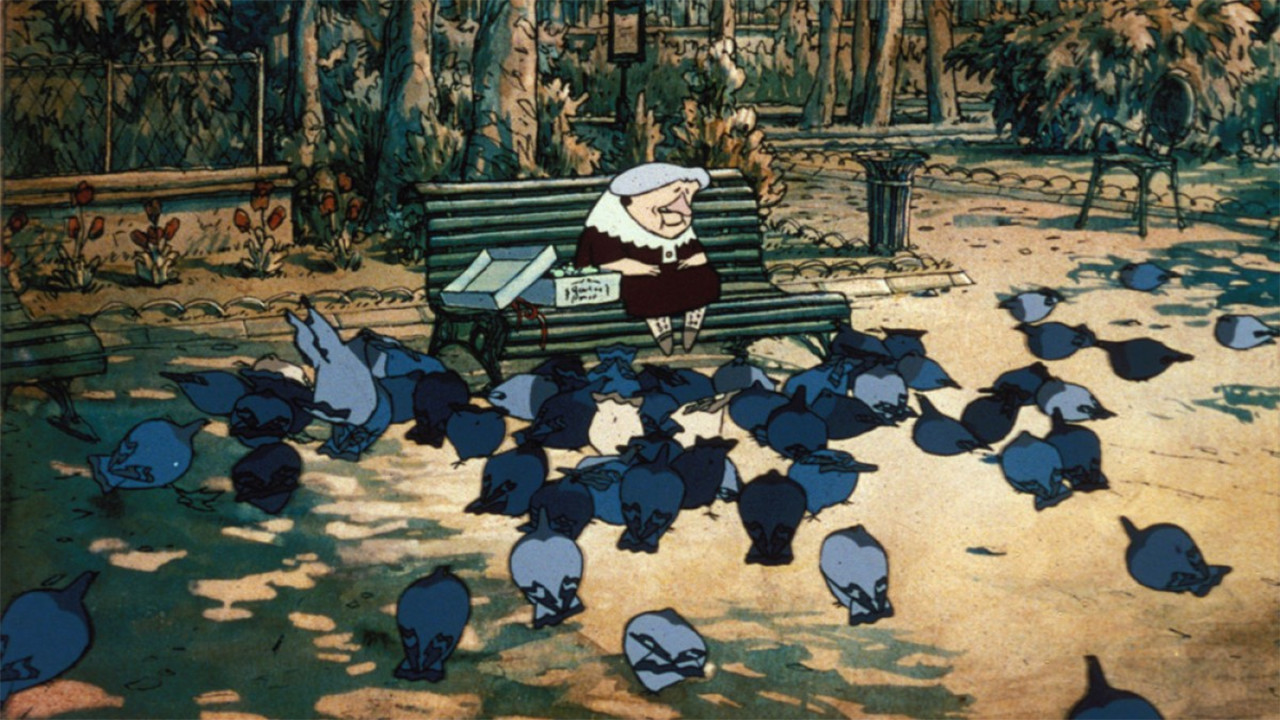 Winner of the ‘Best Animated Short Film’ award in 1997 and nominated for the ‘Best Short Film, Animated’ Oscar in 1998, La Vieille Dame et les Pigeons (The Old Lady and the Pigeons) is a 22-minute animated short film written and directed by Sylvain Chomet. The debut work from a director who went on to receive two more Oscar nominations for his distinct animated features, this early film from the filmmaker’s catalogue showcases Chomet’s unmistakable style and trademark humour.

For those familiar with Chomet’s work, you’ve probably either seen La Vieille Dame et les Pigeons or know exactly what to expect. For those of you who haven’t, you’re in for a real treat. The strange story of a starving policeman and how he hatches a cunning plan to trick an old lady into feeding him, it’s a short that’s as fun as it is oddly disturbing. Dialogue-free apart from opening and closing sequences in which American tourists provide a rambling narration on their visit to Paris, Chomet’s film is brimming with timeless charm and utterly captivating throughout.

After creating La Vieille Dame et les Pigeons it was another six-years before we got to see something new from Chomet, with the release of his first feature The Triplets of Belleville. That film proved a huge critical success with a slew of trophies and nominations at the biggest festivals and award ceremonies worldwide and was followed by another favourite of the critics, The Illusionist, in 2010. After delving into the world of live-action with 2013 film Attila Marcel, the filmmaker is now working on his latest film The Thousand Miles which is said (in an article on variety.com) to combine live-action and hand-drawn animation.