At the end of each night during the Christmas period, one man must drive a 2-mile stretch alone, turning off all the power to a holiday light show, ending the joy day after day. This is his story.
READ REVIEW
Next Previous 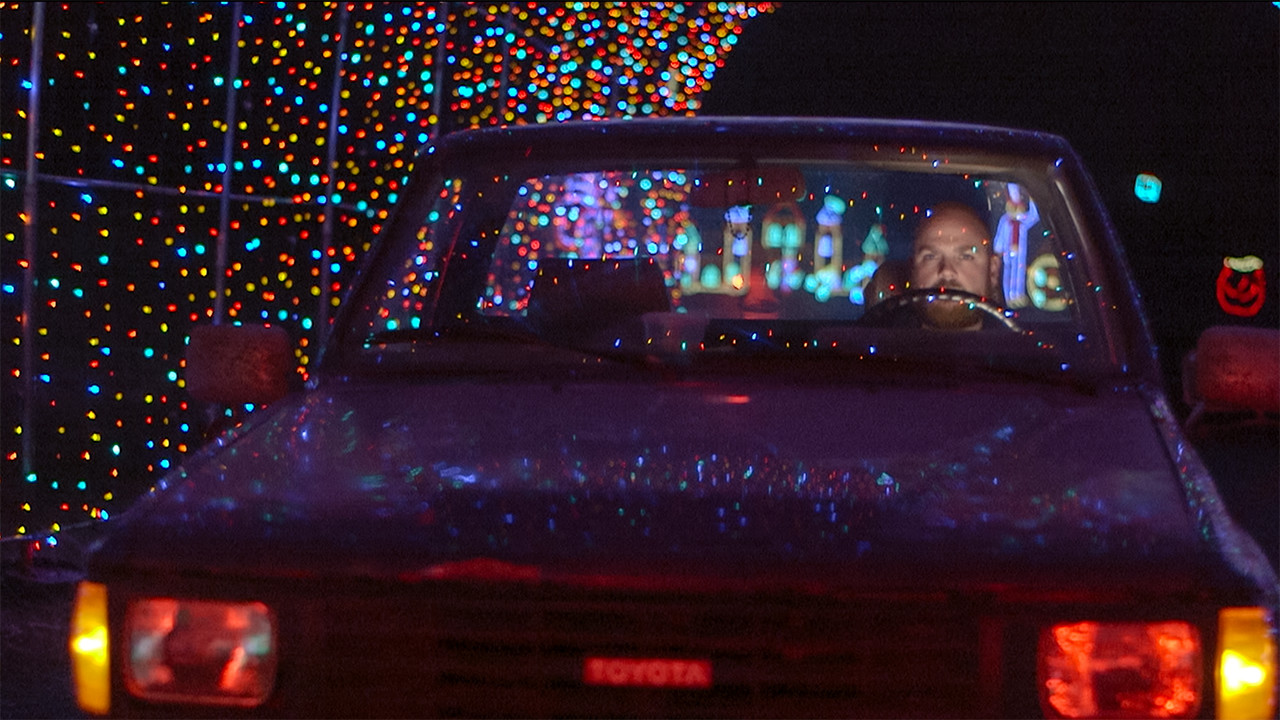 Documentary about Community in Live-Action
Directed By James P. Gannon
Made In USA

Though the title of this short may provoke images of a serial killer terrorising a community over the festive period by carrying out routine stranglings with Christmas lights, this is actually a profile documentary about a man who spends his December nights shutting down the power for a huge holiday light show. The story of Jimmy Cochran, a friend of a director James P. Gannon, and his seasonal job, The Christmas Light Killer isn’t probably a film well-suited to those full of festive cheer. Instead this a film of dead pan humour, that unwraps the magic of Christmas by giving its viewers a behind-the-scenes look at a “magical” winter wonderland – it’s fair to say this is probably a short best suited to those of us already a little hungover from the festive spirit

If the idea of a film centred on a man driving around a 2-mile stretch of festively-decorated roads in his truck turning off Christmas lights doesn’t exactly sounds like your idea of the perfect seasonal film, you’re probably right. The Christmas Light Killer is very much an anti-Christmas film. Gone is the sweet saccharine approach you’d usually find in films targeted for this particular holiday and instead we’re presented with an altogether different kind of festive flick.

“I wanted to show people something that takes place behind the scenes every Christmas”, director Gannon admits when discussing the inspiration of his film with Short of the Week. “Holiday decorations seem to magically pop up and disappear every year without anyone seeing it happening. But someone is responsible for all that upkeep, someone is responsible for making sure that holiday cheer is spread every year. I witnessed it by happenstance one year and I wanted to share it with others. Also Jimmy is such a character, I knew he was the perfect companion to the environment and the feelings that Christmas conjures”.

Shot on a Canon C300, armed with a Zeiss 50mm lens, from filming to final edit The Christmas Light Killer took just 14 days to create with a crew of just two (Gannon and his wife) behind the camera. With such a short turnaround on his production and because of the topicality of the piece, director Gannon released the film directly online shunning the festival route so the film could be seen over the festive period. With this film wrapped and live for all to see, the director is now writing a feature with friend Matt Ferrin (who color corrected The Christmas Light Killer) and editing a feature length documentary he shot years ago and if you like Gannon’s style, be sure to check out his previously featured film Smoke Bomb Boys.