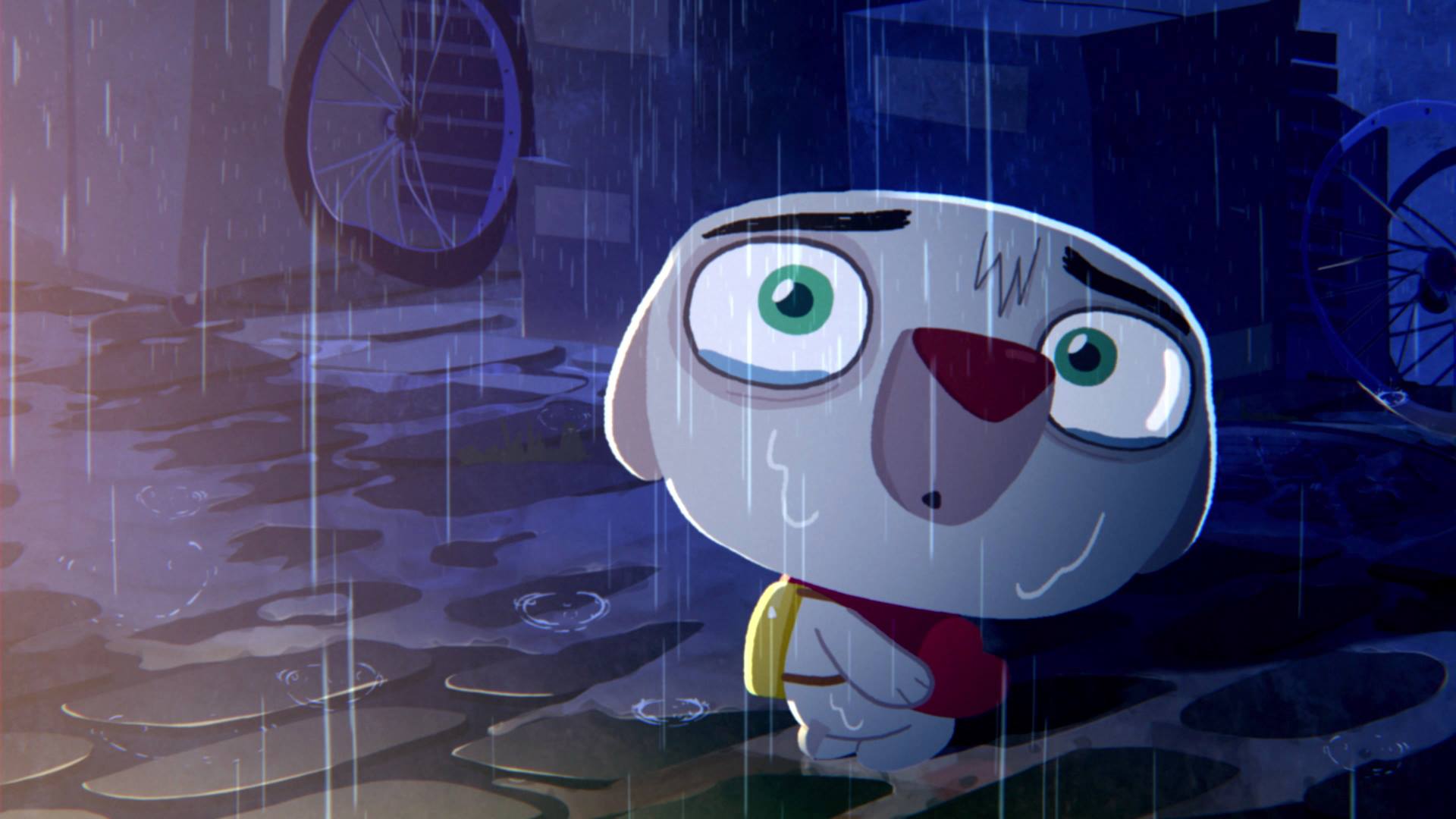 Luring you into a false sense of security with its charming aesthetic, Robert Cullen’s deceptive short Fresh Cut Grass is the perfect example of why you should never judge a book by its cover. The story of an innocent dog and his first experience of big city life, this 10-minute short may start off feeling like a family-friendly romp, but as our canine hero’s adventure begins, we’re soon engulfed in a heady world of depravity and debauchery.

Indirectly inspired by one of the directors favourite films The Elephant Man, Cullen and his Boulder Media team set-out to create a film which centred around a simple storyline, but still packed an emotional punch. Having wrote the initial script around 10-years-ago, the director explained, in an interview over on Skwigly, how the film had been virtually constructed in his thoughts, before they even began to bring it to life. “It has been knocking about in my head for quite a while”, says Cullen, “by the time we decided to make it, I had visualised it in my mind, shot for shot, how it should look and play out”.

Dialogue-free, Fresh Cut Grass does a great job in immersing you in its hazy universe of neon lights and seedy undercurrents and a large portion of the credit there has to go the “cute” aesthetic created by the team. Animated in Flash with Photoshop backgrounds and After Effects composition, the short was created by a crew of around 25 and the core production took around 8 weeks (Cullen had worked on the pre-production in his own time for around 6 months).

With Cullen now directing the latest series of Danger Mouse for the BBC and Boulder Media working on Wander Over Yonder for Disney and their first full CG series Go Jetters for Cbeebies, those of us with kids will probably be getting more and more accustomed to their work over the upcoming months.