Chris wakes up after a wild night and finds out that his life is in ruins.
READ REVIEW
Next Previous 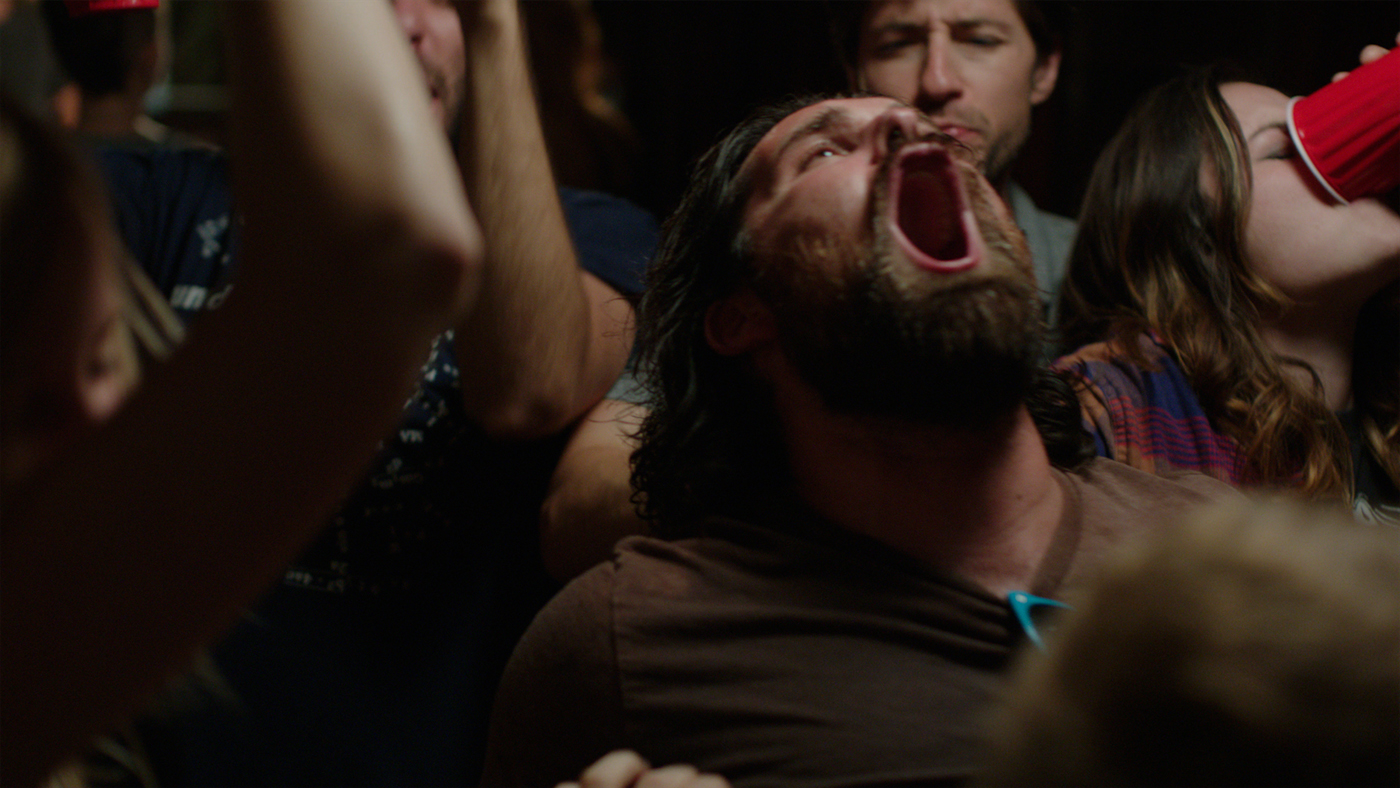 Adam Bowers’ Party Animal is the kind of film you might find yourself falling in love with almost immediately. Anyone who’s ever partied hard or had a few drinks too many and consequently experienced the feeling of ecstatic joy that’s just short of crossing the line, will be able to relate to the main character and his story. As such, the film’s portrait of the likeable and easy-going Chris and his description of what it feels like to let yourself go and become the life of every party is as entertaining as it is re-watchable.

But beneath the fun surface of Party Animal and it’s protagonist lingers a sad and melancholic depiction of the downside one might find themselves in when the party goes on for too long, literally and figuratively. Just like the couple in Jordan Vogt-Roberts’ Successful Alcoholics, at some point Party Animal‘s Chris goes overboard and has to face reality when he wakes up after an especially wild night – even though he doesn’t really see why his drunken antics suddenly have profounder consequences than usual.

Written by director Bowers, in partnership with his main actor Chris Stathis, the two created a character who most of us might recognise from our circle of friends or some of us might have even been this guy (or girl) themselves at one point in their life – or maybe still are. With a vibrant performance by Stathis, who improvised the monologues partially based on his own experiences, the character of Chris becomes someone to hang out with during the course of the story and whilst as a viewer you are infected by his energy you also get a sense that there’s more to him than meets the eye.

Adam Bowers wrote, directed, produced, edited and starred in his first feature New Low when he was only 23, a no-budget romantic comedy that premiered at the 2010 Sundance Film Festival. He was eventually selected as one of Filmmaker Magazine’s “25 New Faces in Independent Film” and won IFP’s Emerging Visions contest. His subsequent feature Paperback premiered at this year’s Austin Film Festival. Both films pulled from some uncomfortable truths in Bower’s own life, so when he approached Stathis with the idea of confronting the later’s experiences head on through making the short, the director didn’t have to feel troubled about getting too personal and knew how to tell this story in an open and honest way.

Fun fact: The slow-motion party scenes were actually shot at a real party, thrown at Stathis’ actual house, and the footage that plays under the closing credits happened totally by chance. Bowers had put Stathis’ “crab dance” monologue at the opening of the film in the first cut, and while he was working on the second, his friend told him that “there’s actually footage of that night we did the crab dance”.

Party Animal feels like the day after an amazing night out: You might still be a little bit buzzed, remembering the great time you had, the people you met, the stories you might be able to tell. But somewhere along the line you start to sober up. You might remember some things you actually regret. Or find yourself asking how long you can carry on with this lifestyle? There’s a certain and very specific melancholic phase to a hangover after an awesome night that makes you wish you were still out there, having fun, just living it up. But when one of the most important things in your life is to party as much as you can, someday you might find yourself waking up in a yard at 9:30am on a Monday.