Despite their heavy drinking, everything seems to go their way. So what's wrong with that?
READ REVIEW
Next Previous 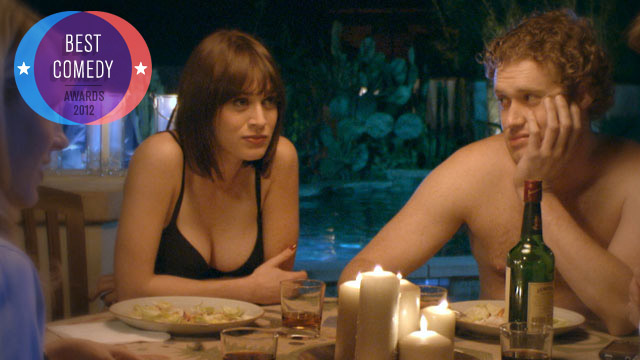 Some great films offer an honest look at a situationothers are purely entertaining. But there are very few who do both wellSuccessful Alcoholics is one of those. In the story, we follow a couple who, despite being chronically drunk, lead successful lives. They wake up after blacking out and continue to excel at their jobs, dodge traffic tickets, and generally have a good time. They coast through a life of fun until strong withdrawals lead to extreme measures and an ultimatum to either give up the booze or give up on each other.

It can be difficult to find comedy in an emotional topic like alcoholism, but Successful Alcoholics doesn’t take it lightly. In fact, it’s the dramatic moments that take this film to the next level. With a rise and fall that follows the emotional turns of alcoholism, it at first glamorizes the inebriated lifestyle, but soon the harsh realities settle in.

The film was written by long-time FoD filmmaker, Jordan Vogt-Roberts, and comedian, TJ Miller, who also acts as male lead. Lizzy Caplan (127 Hours, Cloverfield) gives a great performance as the female lead delivering both comedy and drama with a punch. The film debuted at Sundance last year before finding an audience on Funny or Die.