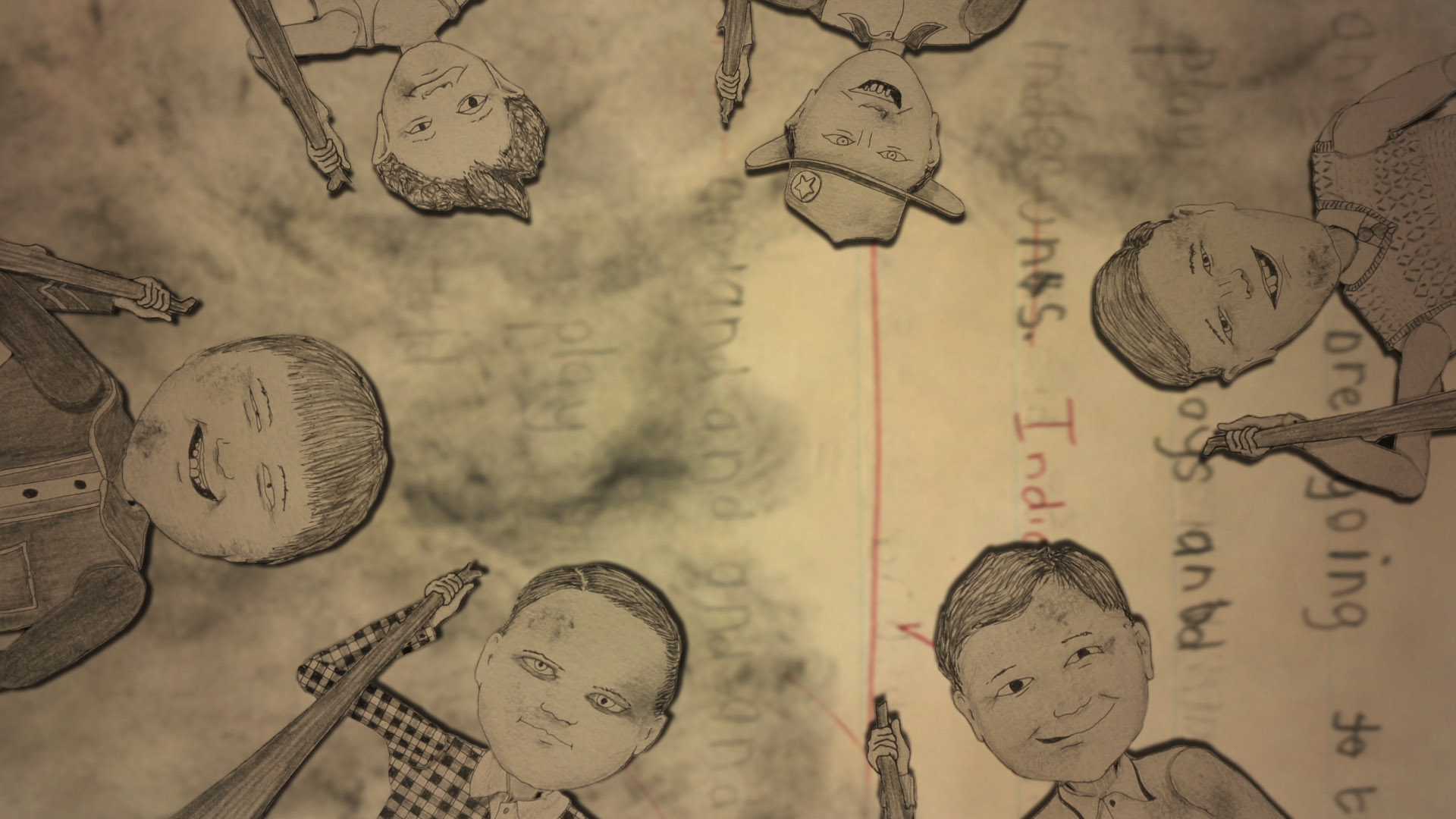 A chain of childish whispers and willful disobedience explodes into horrific violence in this disturbing and unforgettable exploration of the power of youthful memory. White Morning is a work of visual and acoustic layers, evoking the interplay of recollection and distortion, repression and exaggeration that occurs when we relive painful or traumatic events from the past.

Animated with a combination of pen and pencil, mixed media, paper cut-outs and After Effects, Paul Barritt achieves a look both intricately detailed and intentionally crude, bringing to mind the aesthetic of outsider or folk art (his out-of-scale renderings of the countryside where his characters wreck havoc have a touch of Henry Darger about them.)

He creates a world which is beautiful and brutal, where malevolent youngsters roam without supervision, and where seemingly harmless misbehavior escalates like a deranged version of the childhood game “Telephone”. His layering of whimsical, bucolic illustrations and cutouts over children’s handwriting, scrawled, corrections and all, across the pages of exercise books, gives a dense, murky feel to each frame.

Barritt told us his intention with his shockingly violent ending was to invoke a strong visceral reaction in his audience, and in this he undoubtedly succeeds. As White Morning builds relentlessly to its chaotic crescendo, our responses are surely colored by our own childhood memories of misbehavior and transgression.

Soundtrack and spoken word are as integral here as visuals, so it comes as no surprise that Barritt is continuing to explore these juxtapositions with projects combining animation and live theater. You can read more about his innovative work with his theater company, 1927 here.