A pair of home invaders consider their potential character choices just prior to their planned invasion.
READ REVIEW
Next Previous 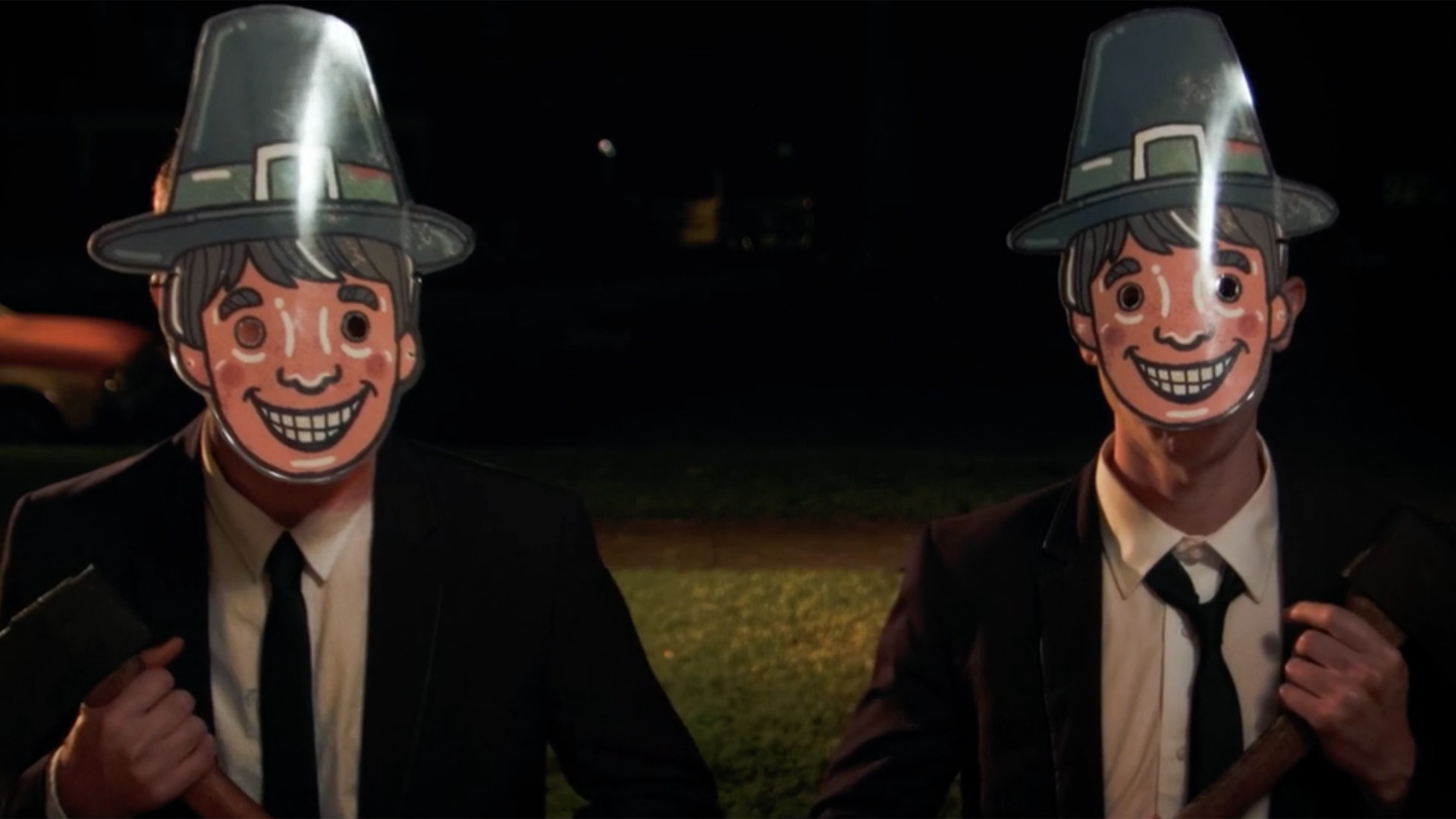 Comedy about in Live-Action
Directed By Jason Kupfer
Produced By 45 Year Old Productions, Treehouse Pictures
Made In

If you’re looking for a short film that will give you all of the holiday-inspired sentimentality and warm fuzzies… Jason Kupfer’s Invaders is definitely not going to do it. However, if you are a fan of gratuitous amounts of blood with a dose of holiday horror, this dark comedy will certainly tickle (or rather slice) your fancy.

The appeal of many horror films comes down to the mysteriousness of the antagonist, which is why Invaders has caught our attention. The writer and director, Jason Kupfer, elaborates on the characters behind the super creepy masks and the awkward thought process that went into selecting their disguises: “That could just never be a cool conversation,” says Kupfer, “and would obviously strip these characters of the ominous mystique they’re attempting to achieve from frame-one. Once you start from that perspective, there’s just no way you can take them seriously in a grueling home invasion-type scenario.”

The film opens with a car outside of the house of a family enjoying what appears to be their Thanksgiving Dinner. We then get to see the awkward would-be burglars in the car decide what masks they should wear, complete with a little kitchen knife mishap. Strategic foreshadowing at its finest.

Cue the blood, please! All 300 gallons of it on some “lovely (and unsuspecting) couples’ yard”. It is a sight to behold and so is the get-what’s-coming ending. The comedic timing of this couldn’t be better. And in many ways, it all ironically comes down to the masks they chose.

Invaders has screened and picked up recognition from many major film festivals including Fantastic Fest, Slamdance, Toronto After Dark, and Fanataspoa Fantastic Film Festival. Since completing the film, director Kupfer has recently released a two-part music video for Matt Pond (you can view parts I and parts II on Vimeo) and continues to work on a couple of features film scripts which he describes as being “the perfect amount of pages in height to keep the wobbly chair in our kitchen from tipping back and forth.”