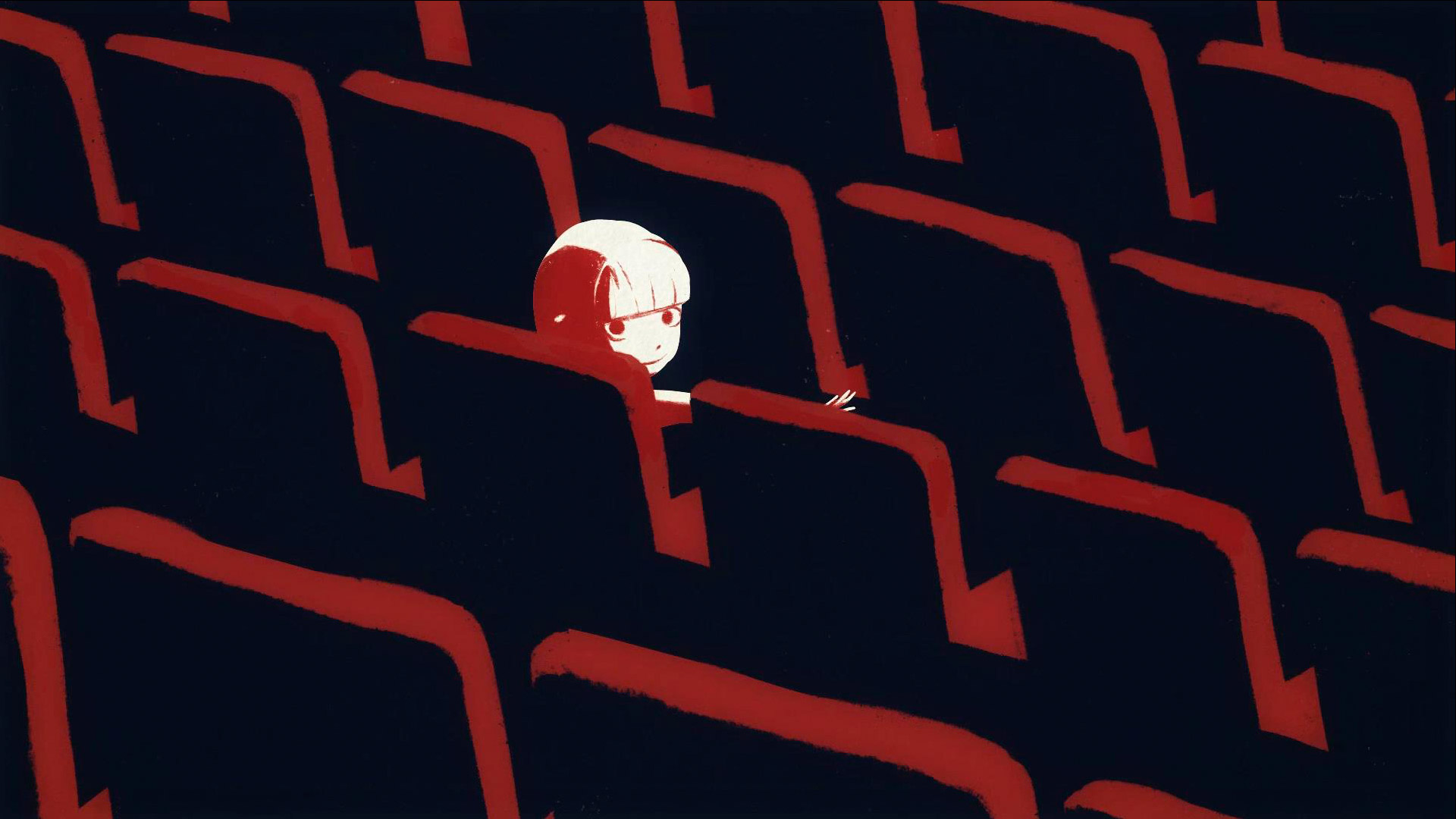 At the risk of damaging my credibility as a curator, some of the more abstract animated content that comes through the site goes right over my head. As such, I tend to leave the reviews of these less tangible films to folks smarter than myself. But Eggplant—a UCLA thesis film from animator Yangzi She—is the rare sort of abstract narrative that bridges the gap for me. Telling the tale of a boy whose facial expressions display the opposite of what he he’s feeling (i.e. he looks sad when he’s happy), this is a short that is really about not fitting in and not being understood. It takes a high-concept pitch and centers it on a specific, relatable theme.

Yangzi She elaborates upon her inspiration: “It started from a language barrier. When I was trying to translate my script from Chinese to English, so many subtle emotions and messages were lost in translation. I didn’t want my story to be too specifically about two certain languages, so then I thought about expressions, the universal language we all speak.”

Her resulting film is aesthetically gorgeous and emotionally resonant. Stylistically the short is incredible—featuring various monochromatic color patterns and stunning illustrative work. Yangzi first caught our eye last year with her impressive Vimeo staff-picked animation, Pulse. But, while that film was technically gorgeous, it was missing a strong storytelling hook for us. Eggplant manages to fill in the gaps, showing both an evolution in skill and storytelling chops. In Durian’s journey, we watch a boy come to acceptance with who he is. The film seems to be saying that similar intentions can be expressed in different ways, culminating in a conclusion that is a flow of color, music, and motion.

Eggplant consists of mostly hand-drawn animation in TVPaint with some supplementary work in Maya. All in all, it took She about a year to finish it.  The result is worth the effort—a stylistic, beautiful animation that is touching without ever being overly-sentimental. Now that She is moving towards graduation from UCLA, we are very excited to see her work continue to flourish .