Taking the form of a vintage nature film, this short explores the migratory pattern of a herd of fantastical wild creatures from the sky.
READ REVIEW
Next Previous 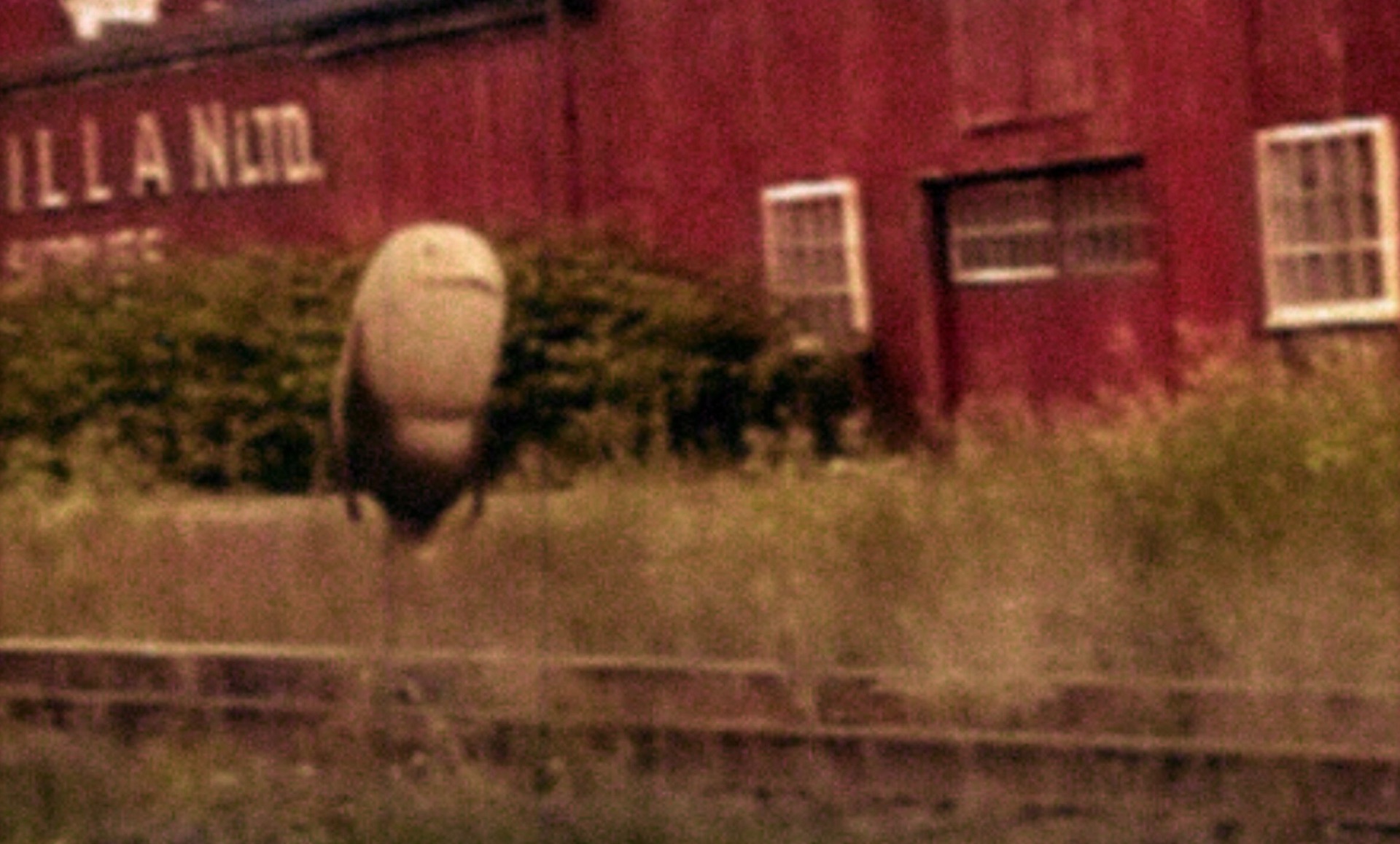 Experimental about in Animation
Directed By Fluorescent Hill
Made In Canada

The aesthetic of a 70’s nature documentary and the heart of a long lost Super 8mm film, Fluorescent Hill’s Migration will make you feel like you’ve stumbled upon a vulnerable visual diary of a creature not of this world. The film has no dialogue, yet the creature’s body language and the film’s stirring music will give you all the emotional cues you need to understand it.

The film opens with a shot of a cute, but strange being blinking up into a sky. The effect is serene. Without warning, the creature is dropped and crashes onto a familiar looking street, skidding painfully to a stop. You feel for Fluorescent Hill’s creation as it shuffles to its feet and looks around its new foreign surroundings.

A vintage nature film follows the migratory pattern of a herd of wild creatures.

Migration on this planet isn’t necessarily pretty or painless. Animals have to cross treacherous grounds just so they can mate or lay their eggs. The story doesn’t shy away from this concept and the creature, alone, must find the rest of his kin. There’s a moment when it interacts with a human who points into the distance that really sells this reality. In that fleeting moment, it doesn’t feel unnatural for this sky-being to be interacting with the planet at all. He even rides a train and crosses through familiar forests.

The end of the film is perhaps the most striking. While at times, you wonder why you have continued watching even when the creature has reached his destination and found like-beings. We get the sense that it is hesitant and perhaps has seen the world a little more deeply than the rest of his comrades who take giant leaps off of a cliff to be sent back into the sky. This creature has found or learned something in his lone adventure, and chooses to stay behind. The very notion of rejecting one’s instincts based on an intellectual experience is quite profound.

“Blending CG and Super 8mm is fairly unusual or uncommon, probably because it’s a nightmare to composite with”

This creature’s journey would have been a hard sell if not for the environment that the filmmaker animator team had envisioned and executed. Combining live action plates and animation has been around for some time now, but Fluorescent Hill’s Migration sets itself apart with a uniquely realized atmospheric film process. Migration is a journey seen through the glass of a Super8mm camera and shows a simple, yet emotive, CG animated creature. Mark Lomond and Johanne Ste-Marie, who make up the Fluorescent Hill duo, share their inspiration and experience with us and prove just how difficult a feat the project actually was.

“We always strive to do something different aesthetically then our previous work, so shooting live action plates got us out of our studio and made us think about composition and pacing differently. I guess blending CG and Super 8mm is fairly unusual or uncommon, probably because it’s a nightmare to composite with…You could spend days animating this character floating around in the ocean and then a few more days tracking it to the footage, bobbing up and down with the waves, only to have it vanish before your eyes when it came time to match the grain. Combining the film with Polaroids to make our environments was also an unorthodox method. All of the shots are composites made from stills and film footage.” – Mark Lomond.

Despite the project taking a few years to complete, the payoff is a film that feels as intimate as an old movie dug up from the family archives. With a major festival run including showcases at the Toronto International Film Fest, AFI Film Fest, and Melbourne International Film Fest, Fluorescent Hill have a lot left in them. They’ve just released a comic book called The Rooster available on their blog and they are currently working on a longer form mini-series project. They’ve also begun pre production on two short films, VICTORY and The Woodlands. It’s safe to say they will be very busy!