A Million Miles Away

An afternoon rehearsal for a high school girl's choir turns tense in Jennifer Reeder's surreal award-winning reverie on the process of coming of age.
READ REVIEW
Next Previous

A Million Miles Away 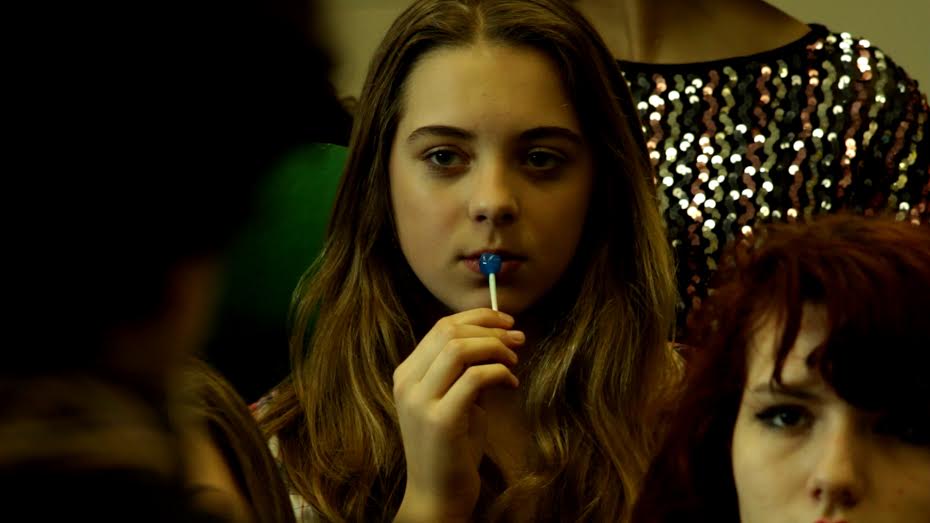 A cat face sweatshirt seems to come to life, its eyes glowing green. A 15-year-old girl quotes Eleanor Roosevelt to an impassive E.T. figurine. A group of teenagers performs a rousing choral rendition of a Judas Priest song. Anything but conventional, Jennifer Reeder’s dreamlike, pop-noir short A Million Miles Away immerses us in a strange but vividly realized world where adults are vulnerable and scared while adolescent girls embody power and wisdom.

A Million Miles Away arrives at Short of the Week after a whirlwind run on the festival circuit that included Rotterdam, Clermont-Ferrand and Sundance, picking up Grand Prizes at Encounters and Kurzfilmtage Winterthur along the way. With visual and thematic preoccupations that could be described as “John Hughes on a prom date with David Lynch”, Reeder, who came to film from a fine art background, is undoubtedly a filmmaker to watch right now.

In A Million Miles Away, we watch as a painfully fragile substitute teacher  (Jennifer Estlin) unravels before our eyes and are reminded that, in Reeder’s words “coming of age is a life-long process.” Reeder’s cast, mainly young women from a performance arts high school in her home base, Chicago, is all the more effective because her actors look like real teenagers. There are no attempts to airbrush reality – the camera shows us every blemish and every chipped finger nail, and this only heightens the young women’s electric screen presence.

Jennifer Reeder’s latest short Blood Below the Skin is currently playing the festival circuit, and will screen at AFI this week. She also has four other projects, including a feature and a European co-production, in various stages of production and development. While she describes her films as “lullabies to her teenage self”, it’s clear the appeal of her surreal coming of age stories is far wider.