A boxer begins experiencing seizures after killing an opponent in the ring, jeopardizing his next fight, his sanity and his entire way of life.
READ REVIEW
Next Previous 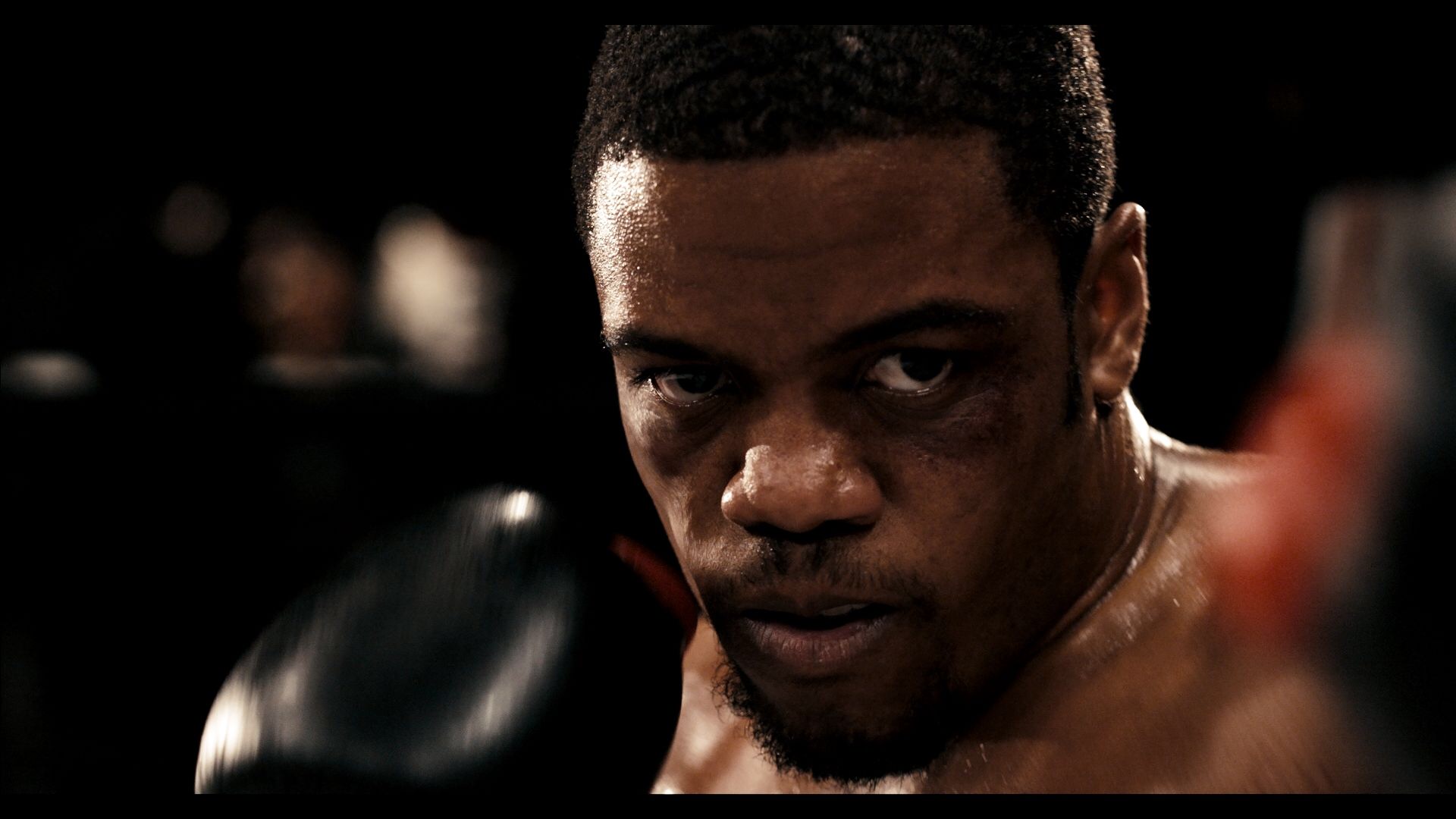 Written and directed with confident attitude by Columbia MFA student Michael Molina Minard, Standing8 tackles the glamorous, seedy, dangerous world of boxing, celebrating the sport and characters within without turning a blind eye to the increasingly unconscionable toll this gladiator sport wreaks upon its participants.

Abdul is a brash, skilled fighter. The only thing faster than his mouth is his fists. But the start of the film deals with the uncomfortable fallout of his killing an opponent in the ring. Flashbacks strike him when he least expects them, and during the pre-fight checkup to his latest, most lucrative fight yet, there are concerns that past punishment is catching up to him.

Abdul is typical of many fighters. He is good, but is not Money Mayweather. He still takes the subway. It is affirmed early in the film that he owes money to a tough in the streets. The stakes are high for the continuation of his career because it’s clear that he has not set himself up for life yet. He tries to bluster his way through and convince his body man, his trainer, his doctor, that he is ok, but the specter of long-term damage and, more poignantly, the guilt of doing his job too well, haunt him.

Minard fits a lot of drama into 15min—a death in the ring, a desire for a championship, potential brain damage, a confrontation with a widow. The film is perhaps overstuffed, and it is clear that the short was written with a feature version in mind. Yet the developments are all plausible, and even more are incredibly relevant in the current debate over violent sports like football and boxing. The production engaged respected neurologists specializing in Chronic Traumatic Encephalopathy as scientific advisors, and it was this fidelity to current science and the potential to educate that earned the production a coveted Sloan Production Grant.

While the plot veers a little close to melodrama, the boxing itself is refreshingly realistic, partially due to Minard being uniquely suited to tell the story. A Golden Gloves champ himself as a young amateur, Minard brings a unique depth to his understanding of the sweet science and the culture that surrounds it. Boxing scenes in film generally are notoriously laughable—we should all be reminded of that with a new Rocky film soon to be released. Yo Rocky? You know you’re not supposed to just eat every single jab somebody throws, right?

Interestingly the director of that upcoming Rocky film, Ryan Coogler, followed a path that Minard could be wise to emulate. Coogler made a topically relevant indie film starring mainly black characters as his feature debut right out of school. That film was the Sundance break-out Fruitvale, and Coogler moved to a studio film directly after.  Minard has a few projects up in the air, including a 80’s break dancing series, but the feature script for Standing8 was a finalist at the Sundance Screenwriting labs, and has interesting potential.