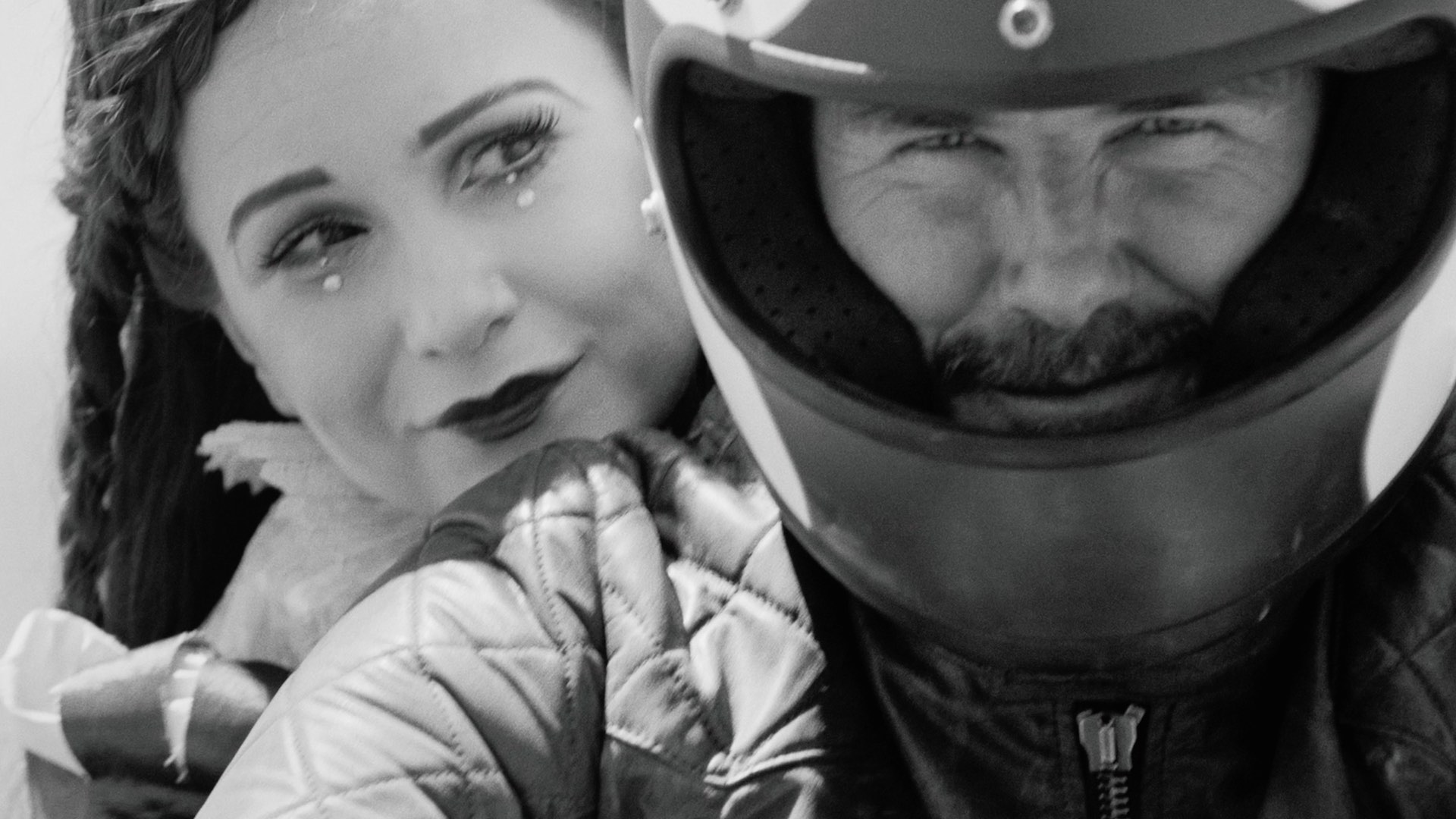 It feels like ages since we’ve featured a fashion film on Short of the Week, but today we’ve got quite an exceptional example to share. Commissioned by the jacket brand Belstaff, Outlaws has every angle of the genre covered: celeb power? Check. Beautiful visuals? With Michael Ragen onboard, that’s a given. Hallucinatory storytelling that may, or may not make any sense? YES! Wait, that sounds like a negative doesn’t it? Well, give the film a shot, it’s a hot mess, but in writer/director Geremy Jasper’s hands, somehow this amazing post-modern pastiche of mid-century American cool sings.

Ostensibly a love story about a lonely biker (Beckham) who finds his muse in a traveling circus, the real driving force behind the film’s narrative is simply Jasper’s many diverse influences. The production name-checks noir, Leone spaghetti westerns, old European circus films, motorcycle movies and Frida Khalo as inspirations. This is what brand advertising does best, eschew narrative coherency for indelible images, creating strong associations between romantic styles and the product.  This is not a bad thing, especially when the putty that you’re playing with is so primal, and you’ve got the style to carry it off. Flitting from Santa Muerte to an Evel Knievel style bike jump in a short space space of time is dizzying, but thrilling.

Also, kudos to the team and to Belstaff for even attempting narrative in this work. Circa 2010, fashion film felt like an exciting and vital format for experimental video-making, but the format has slowing retreated back to the safety of catalog shoots in motion and 30-second product spots. Brands realized they were not being rewarded for their ambition, and it’s easier to get simply get a big star to carry the load and manufacture cheap earned media.  Of course, Beckham is a big star, so this production is not entirely off-script, however Beckham is an oddly perfect fit for the production as he brings a plethora of mystique and associated cool to the role, but buoyed by voiceover, never actually has to act. Protecting him from the challenges of the narrative, conveniently enshrouds his drifter character in even more iconic mystery.

Jasper seems to be someone we’ll hear much more from. After being accepted into the 2014 Sundance Director’s Lab, he is hard at work with Court 13 on a feature debut, titled PATTI CAKE$.