When young Emily is kidnapped by foxes and forced to work in the mysterious underground Blue Goo Mines, she must use everything she's got to get back home and uncover the foxes' secret plan!
READ REVIEW
Next Previous 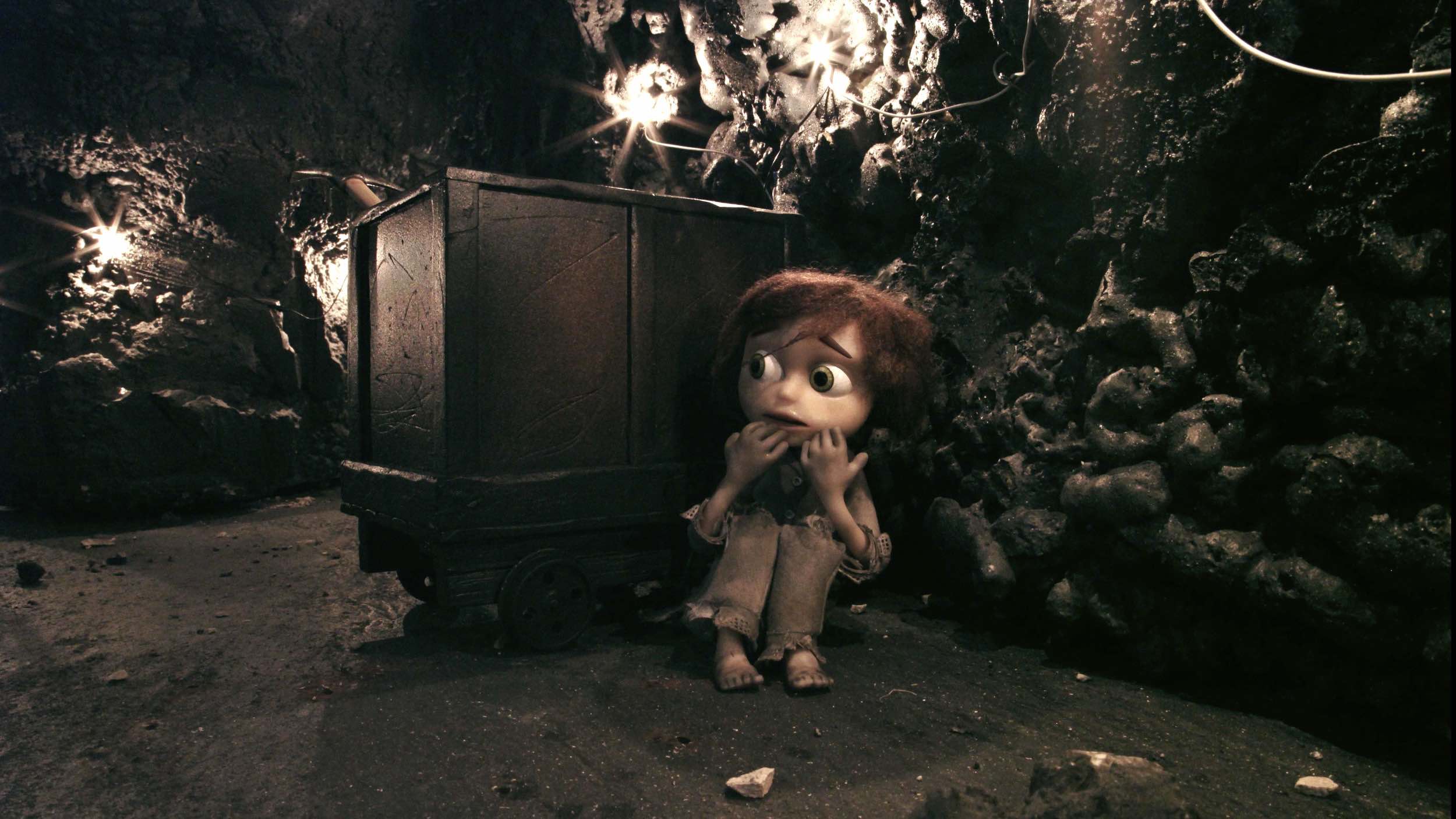 Clocking in at just over 3 minutes, FOXED! is an unusually cinematic stop-motion animation by multi-disciplinary artist James Stewart. Originally shot and projected at festivals worldwide in 3D, this dark fairytale makes it free debut online today.

From the film’s description, “Foxed! opens with young Emily locked deep in the mines beneath her house, pick axe in hand, forced to work by patrolling foxes. Never one for complacency, Emily decides she has to get out. But her daring attempt at escape is met by a stunning encounter on the surface that leaves her lost and confused.”

The film’s twist is truly horrifying, and in statements Stewart has described the short as an allegory about growing up in an environment of parental control. While ultimately there is hope in Emily’s resolve, the pairing of kid-friendly design with such dark subject matter reminds this viewer of a recent classic, Rodrigo Blass’ Alma.

While you are not seeing the film in its original 3D, it is remarkable to note this fact as 3D in shorts is still incredibly rare. Stewart has great experience in the form, having notably been responsible for the 3D in Werner Herzog’s acclaimed documentary The Cave of Forgotten Dreams. The diverse nature of Stewart’s talent will now be put fully to the test as he is writing an directing a feature version of the film in collaboration with Prospero Pictures, the longtime home of the director David Cronenberg. In addition, the report indicates that the feature’s release will be accompanied by a fully immersive Oculus Rift experience. Its great to see pioneering artists rewarded with opportunity in this way, and we eagerly await the fruits of this project. If nothing else it’s gratifying to know that it’s not only vfx-laden sci-fi shorts that can attract the attention of feature producers these days.