A young woman teaches an elderly lady how to text on her new phone with all the exasperation that entails. A sweet and charming comedy, you’ll chuckle at first but end up surprised when you reach for tissues.
READ REVIEW
Next Previous 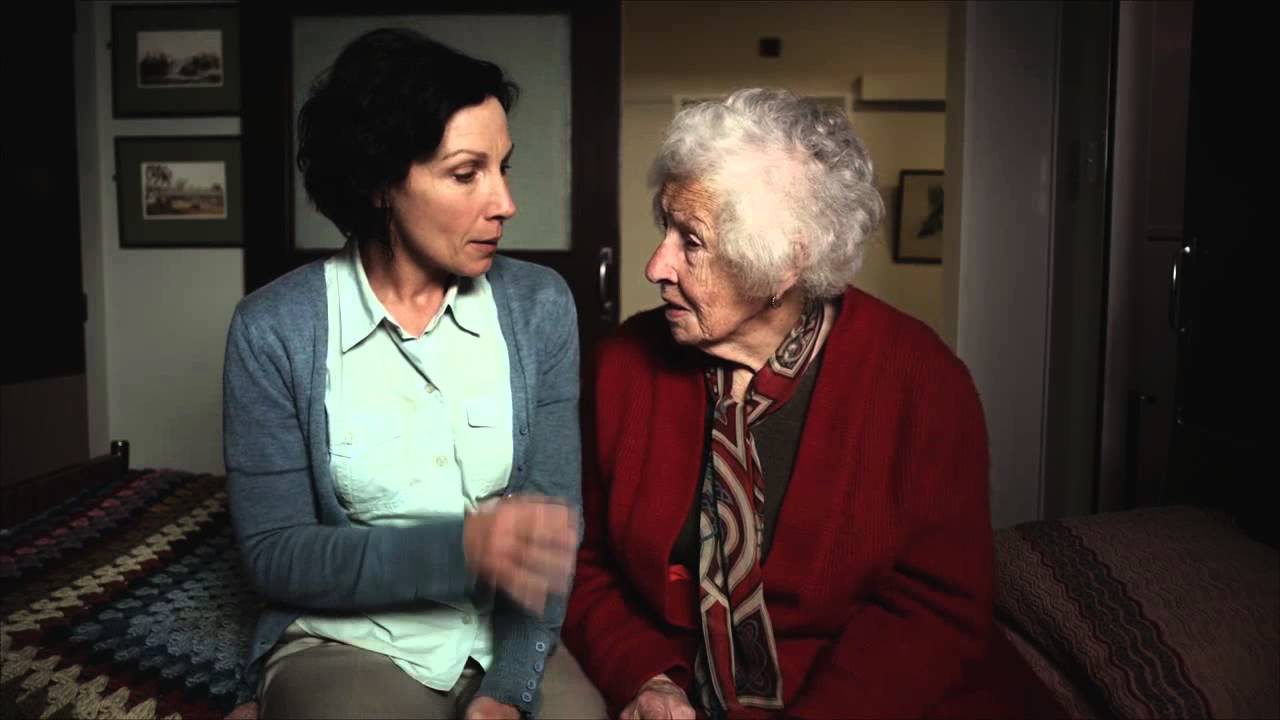 Whenever I receive a phone call from my Dad and he utters those most dreaded of words…”computer problem”, it instantly becomes hard for me to hide my trepidation about the conversation that is about to be thrust upon me. Tapping into this shared experience many of us will have had in helping a relative with their on-going battle with technology, Mick Andrews and Brett O’Gorman’s festival-favourite Dotty is the touching tale of an elderly resident of a nursing home struggling to send a text message.

Although not directly inspired by their own personal experiences, co-director Andrews revealed (in an interview with Nantucket Film Festival) he has experienced “the frustration that comes with teaching an older person to use technology”. As hilarious as it is excruciating to watch, Dotty is the perfect example of comic timing in the short form, with the directorial duo expertly walking the line between comedy and drama. From its opening shot of an elderly man slowly traversing the path leading to the nursery home, accompanied by an equally dawdling soundtrack, Dotty clearly indicates the approach it’s going to take when it comes to telling its story. It’s an approach that could quickly become tiresome if handled badly, but thankfully Andrews and O’Gorman pitch their comedy just right. Essentially one long, slow conversation, Dotty draws out its comedy so it borders on awkward, but always breaks the tension with a perfectly placed laugh or moving moment.

Before writing this article, I watched Dotty for a third time and the impact of its touching conclusion hasn’t lessened with multiple viewings. Despite knowing what’s coming, the subtlety of its resolution means the directors claims of this being a film that ‘will have you both laughing and reaching for a tissue’ certainly rings true. Taking the best bits of mockumentary-styled ‘cringe comedy’ that has become popular in recent years due to the success of series like The Office, Dotty resonates strongly because of its light-hearted approach to serious subjects we can all probably relate to. It’s not often you get the feels and the laughs in equal measures, but Andrews and O’Gorman’s film delivers hard on both fronts – this is surely the feel good/bad (delete as appropriate) hit of the summer.