Renée Felice Smith plays a young woman struggling to adapt and looking for answers at the bottom of a vodka bottle in Samuel Aaron Bennett’s compelling SXSW short.
READ REVIEW
Next Previous 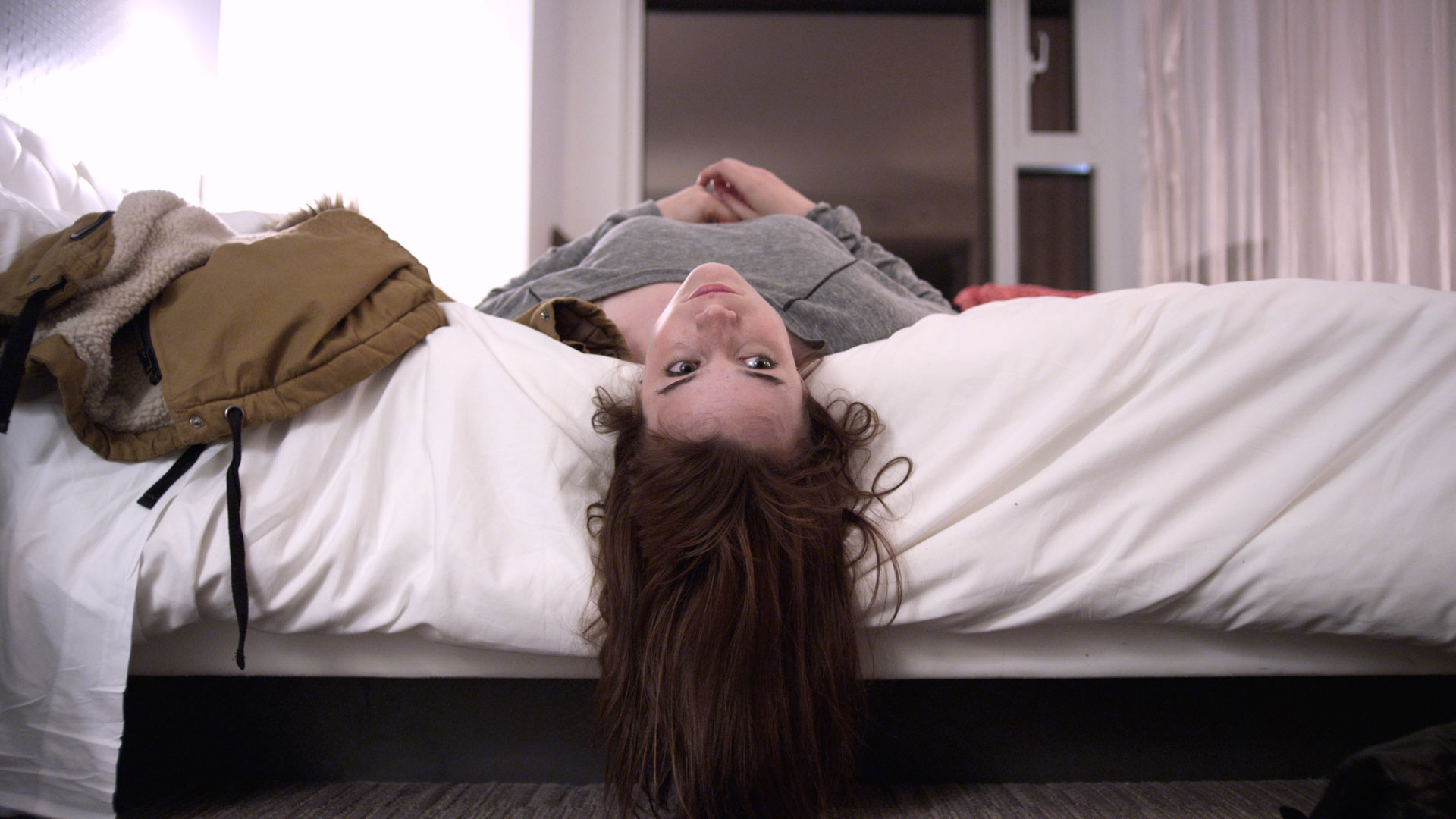 The story of a woman looking to escape her problems at the bottom of a Vodka bottle, Samuel Aaron Bennett’s Baby is a contemplative short that centres around themes of parenthood and responsibility. Premiering earlier this year at SXSW, Bennett’s film cleverly mixes dark-humour with some heavy subject matter to create a film which is as entertaining as it is thought-provoking.

Born from the desire to make a film with his friend (and the film’s lead actress) Renée Felice Smith, Bennett’s story quickly evolved into the narrative we see on screen after the writer/director decided it was a story he really wanted to “speak to an audience”. “My friend Renée and I had been talking about making a film together for a while”, says Bennett, “so I had been trying to find a character that I knew she could capture. I also wanted it to be a departure from what she was associated with (she is one of the leads on the CBS show NCIS:LA). Eventually, I came up with Naomi, irritated by the world around her, hiding from something. Those were the themes I was playing with, but when the idea of incorporating a newborn child came about, it changed everything. I learned just how common and suppressed of an experience that is for young parents across the world. Something seldom expressed. From that moment, the story evolved quickly”.

“Our story is about someone very real; she’s not a princess or a super-model and she’s definitely not a hero”.

Undoubtedly a character-driven piece, a lot of the film’s success rested on the shoulders of lead actress Renée Felice Smith and her ability to transform the Naomi in the script, to a more physical and “real” presence on-screen – a challenge the actress obviously relished. “Our story is about someone very real; she’s not a princess or a super-model”, says Smith, “and she’s definitely not a hero. She is a very flawed, complicated young woman trying to deal with the life decisions that have lead her to her present situation. We don’t often get to see this sort of young female character; unabashed, unapologetic but inherently human.”

Taking a real “hands-on” approach to his film, there doesn’t seem to be an element of production Bennett wasn’t involved in when it came to translating his script to screen. Taking about six months to complete (including a four and a half day shoot), the filmmaker wrote, directed, shot (on the Red Epic), edited (with Adobe Premiere Pro CC), colored, co-mixed/designed sound, and composed the music for Baby. Currently in the process of writing two features and a short, whilst also producing tracks for his music project Wales, you can find out more about Samuel Aaron Bennett on his website or Twitter feed.