In March 1993, Madeline and her boyfriend are enjoying a quiet evening at home when they are interrupted by a visit from an enigmatic stranger bearing a message.
READ REVIEW
Next Previous 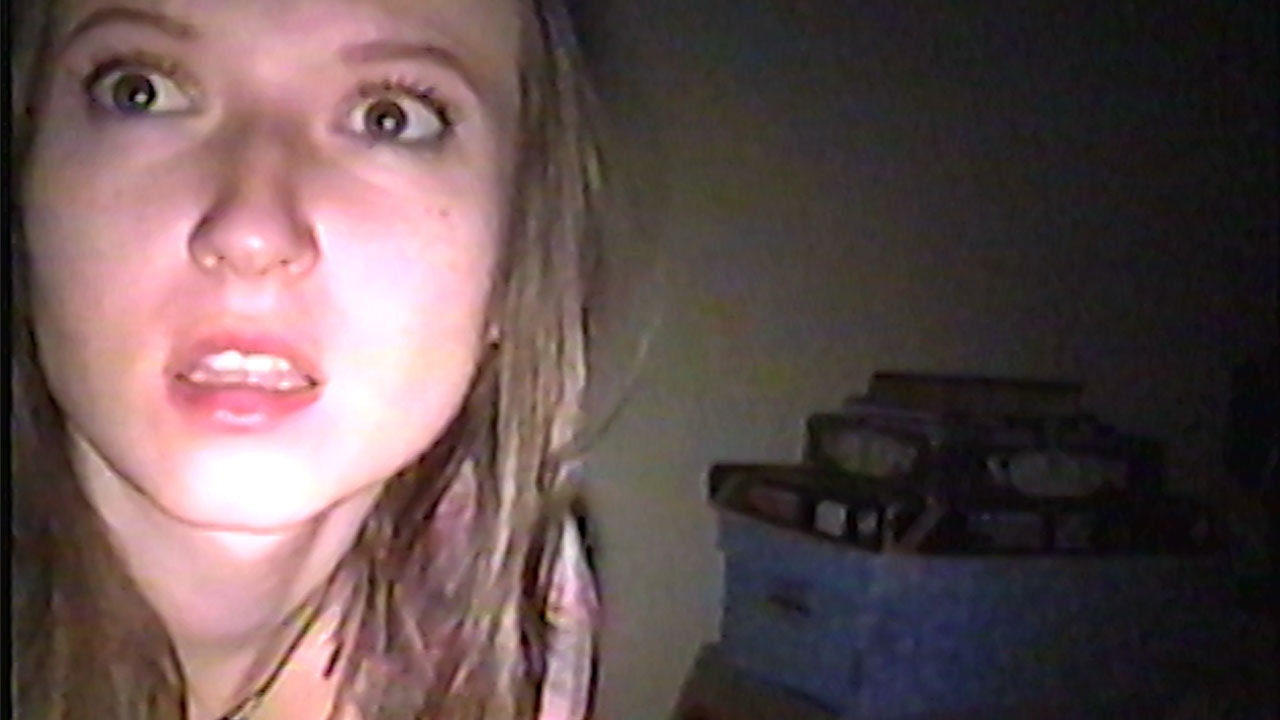 Sci-Fi about Losing It in Found Footage
Directed By Richard Boylan
Produced By Experience Everything Productions Inc.
Made In Canada

Just when I think found footage movies have become overdone…that they are passé, another film sneaks out of the woodwork and surprises the hell out of me. Just a few weeks ago, I gushed over Neil Harvey’s Detroit 2029. And, now, I am geeking out over Director Richard Boylan’s Timelike—a lo-fi science fiction mindbender that uses the found footage conceit not as a crutch or gimmick, but rather as a sharp tool to build an atmosphere of tension and disorientation.

By using low-budget techniques to convey high-minded scientific theory (in this case temporal paradoxes), Timelike is the best kind of indie short—a film that prides innovation over whiz-bang imagery or production polish. This isn’t to say Boylan’s film isn’t well crafted—it is, especially the way the film uses precise editing and sound design to ramp up the narrative’s pace—but, it does show how effective it can be to invest one’s cinematic collateral in the correct resources. Concept is king, and the VHS footage quality only adds to authenticity of the presentation. In a way, it’s hard not to be reminded of last year’s indie hit science fiction darling—Coherence. Both get inside your head, despite low-budget trappings.

So many short films nowadays boast impressive production values with footage shot on the newest and slickest cameras. With Timelike, Boylan purposefully went in the opposite direction, recording everything on an actual VHS camcorder (as opposed to a modern camera with filters added in post). Over e-mail he elaborates about the process: “Footage was shot, captured and edited on Adobe Premiere, then the edit was dumped back to VHS and copied from one tape to another as many times as was necessary to get that nice worn out look. I did a few run throughs where I really messed up the tracking as it copied for scenes where I wanted additional distortion.”

While the old-school technical process may give the film a defined look, its the science-fiction ideas that give Timelike its real spark. Similar to another low-budget science fiction feature, Primer, this film attempts to tackle some heady territory. Admittedly, I’m a bit of a time-travel junky, so I love when movies explore the more cerebral implications of the concept (Doc Brown and a DeLorean this is not).

Boylan discusses his creative process: “I began reading about paradoxes and became obsessed with trying to figure out what it would actually be like to create one? Not only that, but I read an interesting thought experiment once: If I go back in time with the complete works of Shakespeare and then hand them to him before he writes them, then who actually wrote them?”

It’s definitely a compelling hook. And, while I’m not completely sure Timelike ever answers the questions it presupposes (the ending feels a bit anti-climatic), it’s is the kind of thing that gets your head spinning—a great example of science-fiction concept married with great science-fiction storytelling.

Boylan is definitely a person to watch. He’s currently a Cinematic Designer at Bioware, the video game studio in Montreal, where he is working on a science fiction game called Mass Effect: Andromeda. He’s also finishing up a dramatic short he shot last year called Suicidium, which is about a man who introduces suicidal people to psychopaths. Now, that’s an interesting pitch…