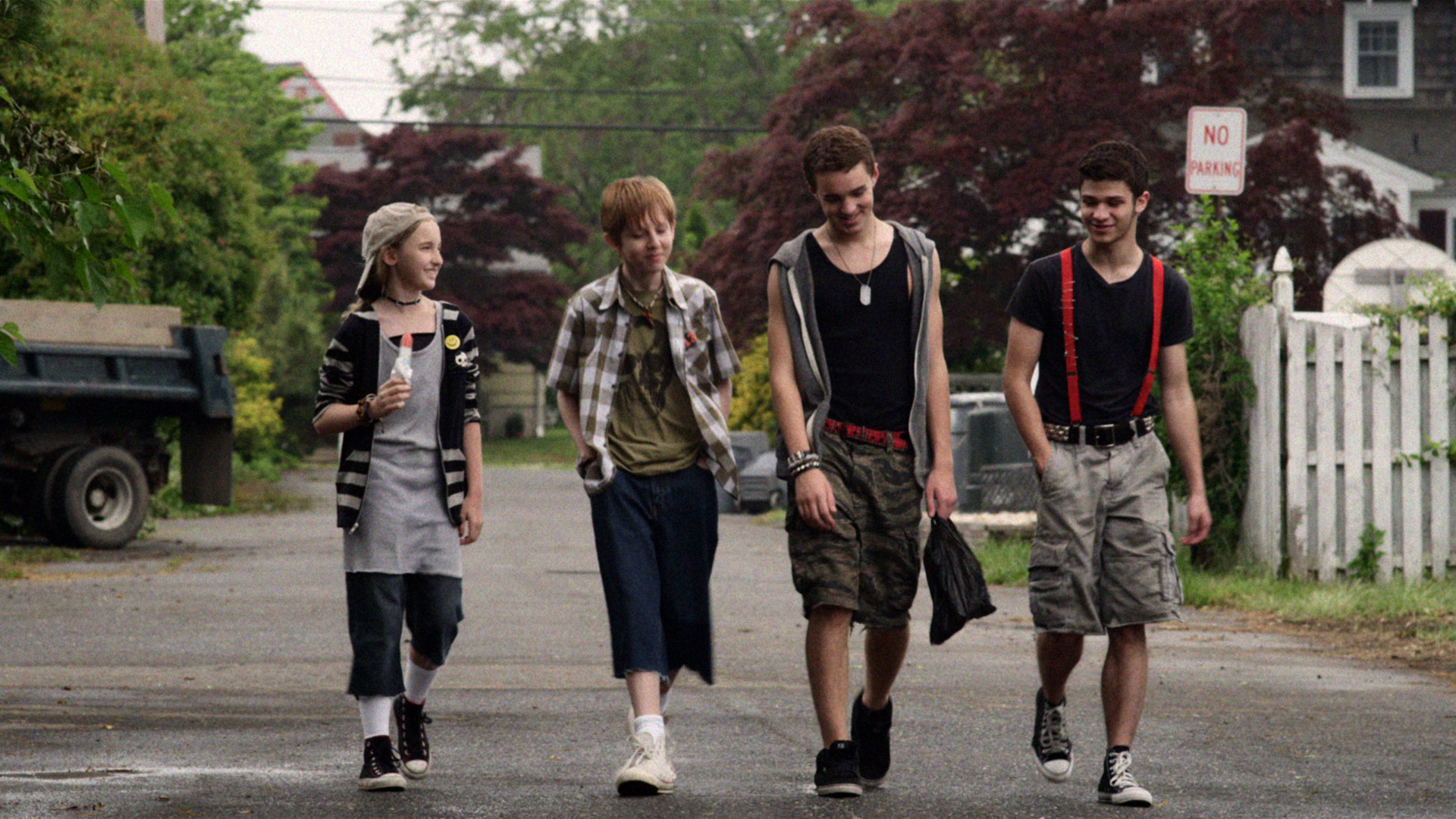 Contrary to what its title might suggest, director Erin Sanger’s Bombshell isn’t some fiery, bombastic action film. Rather, it’s a quiet, introspective drama—a coming of age tale about feeling out of place and finding oneself—you know—typical “growth” movie stuff. But, the approach feels fresh here, combining an authentic representation of pre-adolescence with LGBT themes. Needless to say, there is a lot going on in this film, all of which is handled subtly and honestly. It’s funny when it wants to be funny, touching when it needs to be touching. It’s a film with a lot of moving parts—both thematically and from a character perspective. Yet, Bombshell is the rare short film that manages to juggle many different things without ever giving any of them short shrift. By combining all of it together—from moments of lighthearted humor (a 10-year-old buying condoms, for instance) to weighty subjects such as tolerance and self acceptance—this is the rare “festival-esque” short that is actually more than the sum of its parts.

I say “festival short” because, well, Bombshell played a lot of them, touring the circuit for the past two years. It was even a regional finalist for the Student Academy Awards back in 2013. Will the film resonant as strongly with online audiences? That’s difficult to say—this isn’t the fastest moving short in the world, but I’d argue that it does do an excellent job of really endearing the protagonist to the viewer.

So, many shorts of this ilk—the prototypical coming-of-age film—center on male characters. As such, seeing everything through the lens of Daisy—a pre-teen with a girly name who wants to be anything but girly—gives the film a distinct and understandable point of view that never feels rote. Her character arc is satisfying. And, while her eventual revelations towards the film may not be profound, they do feel honest. The ending—which is backed by a chorus of literal fireworks— is satisfying, but not over-the-top or hamfisted. Sanger gives the audience just enough to cheer for (bullies are confronted) while simultaneously balancing it with the simple, somber idea that growing up is tough—that life is complex, especially as one makes the transition from “kid” to “adult.”

“…the striking instances in which those whom we assume to be good do bad, and those heartbreaking moments when we must reconsider our faith in them.”

In her director’s statement Sanger writes, “As children, we clung to those closest to us, those whom we trusted, those whom we maintained an unwavering desire to please, those without whom we were utterly helpless. Though the events which transpire in Bombshell are fictitious, I believe they reflect certain universal experiences, the striking instances in which those whom we assume to be good do bad, and those heartbreaking moments when we must reconsider our faith in them.”

There are issues with the film—again, the the pacing is a bit slow early on and the “bully characters” are one-note. But, still, it’s a film that is too compelling to deny. Sanger is clearly an adroit filmmaker  with a strong sense of both style and craft. Currenlty, she’s has been tapped to write a feature film for the producers of Mud and 127 Hours. She is also co-writing a feature with Gary Kanew, who’s latest film Wild Oats, will open this fall.