In a society where heterosexuals are persecuted and abortion is forbidden, two teens are forced to hide an unintended pregnancy before their secret romance is exposed.
READ REVIEW
Next Previous 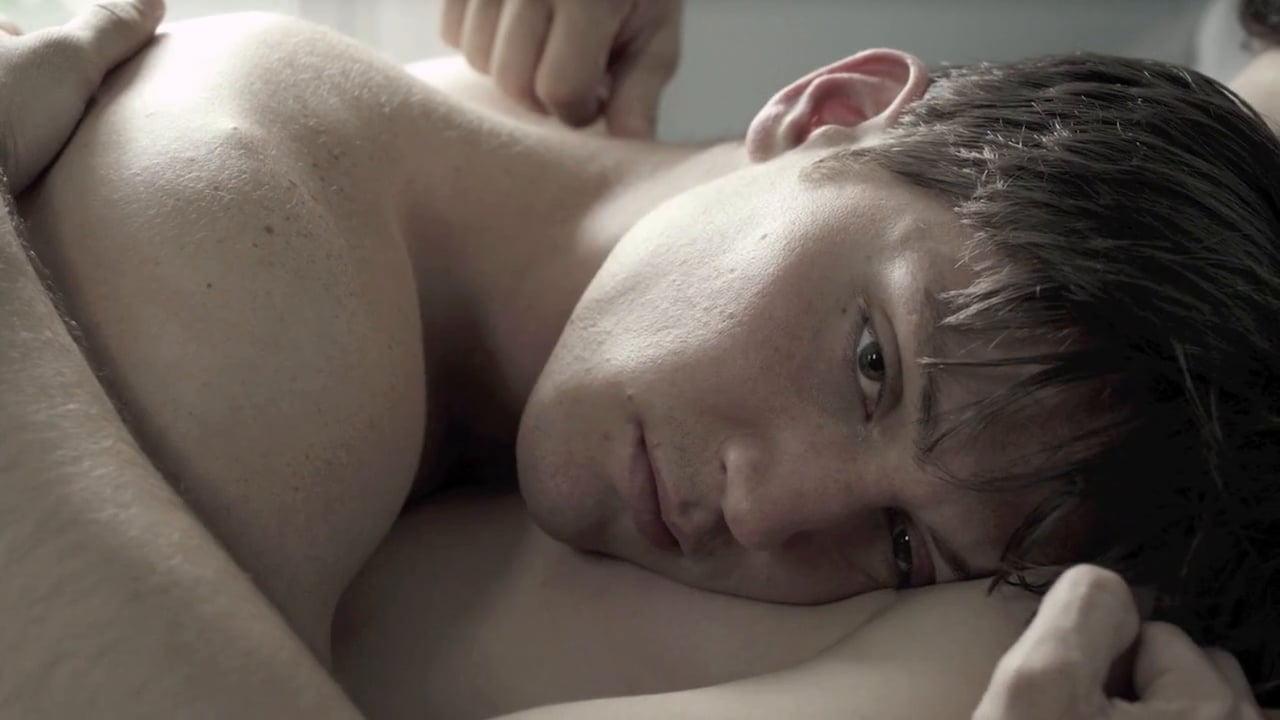 Stories that exist in parallel universes, that are much like the one we all actually exist in, have always appealed to me due to their ability to make audiences think about exactly how the changes portrayed in the on-screen world would affect their day-to-day lives. Providing much food-for-thought in this regard is Sal Bardo’s 18-minute short Pink Moon, a film which asks its audience to imagine a world where heterosexuals are persecuted and abortion is forbidden.

Bardo has been a filmmaker I’ve had an eye on ever since I saw his previous short Chaser (the story of a promising, young, gay schoolteacher who seeks solace in New York’s barebacking scene) and with Pink Moon it feels like he’s made his most powerful and relatable film so far. His previous film felt like a story which could have been only been told through independent filmmaking, but with his latest short, the lo-fi sci-fi vibe of proceedings feels like something that will appeal to a much broader audience.

Set in a similar universe as the recently featured Stray, Bardo (who also wrote the film) asks his audience to imagine how life would differ if the majority of the world was homosexual and heterosexuals were marginalised within society. With many cultures around the world still persecuting homosexuality, Pink Moon’s story is one that is designed to make audiences consider how would you feel if things were reversed and romantic/sexual attraction between members of the same sex or gender was seen as the “norm”. Would it change how you view attitudes towards sexual attraction? Or would your views towards how we view/judge people stay the same? And it’s this self-reflective power that makes Pink Moon such a powerful watch – its narrative inspiring you to take a look at your own belief system.

Whilst Bardo’s work may largely garner attention due to the strong LGBT themes at their core, underneath this element of his storytelling are tales of alienation and identity that are universally recognisable and identifiable. It’s hard not to discuss the recurring subjects in his narratives when talking about his films, but looking only at this element of his filmmaking is a somewhat blinkered view of a developing director, with a flair for character-driven narratives. Pink Moon is the 4th short film Bardo has directed over the last 4 years and if his filmmaking continues to progress with such assured strides, here at Short of the Week we’re truly excited to see what he does next.