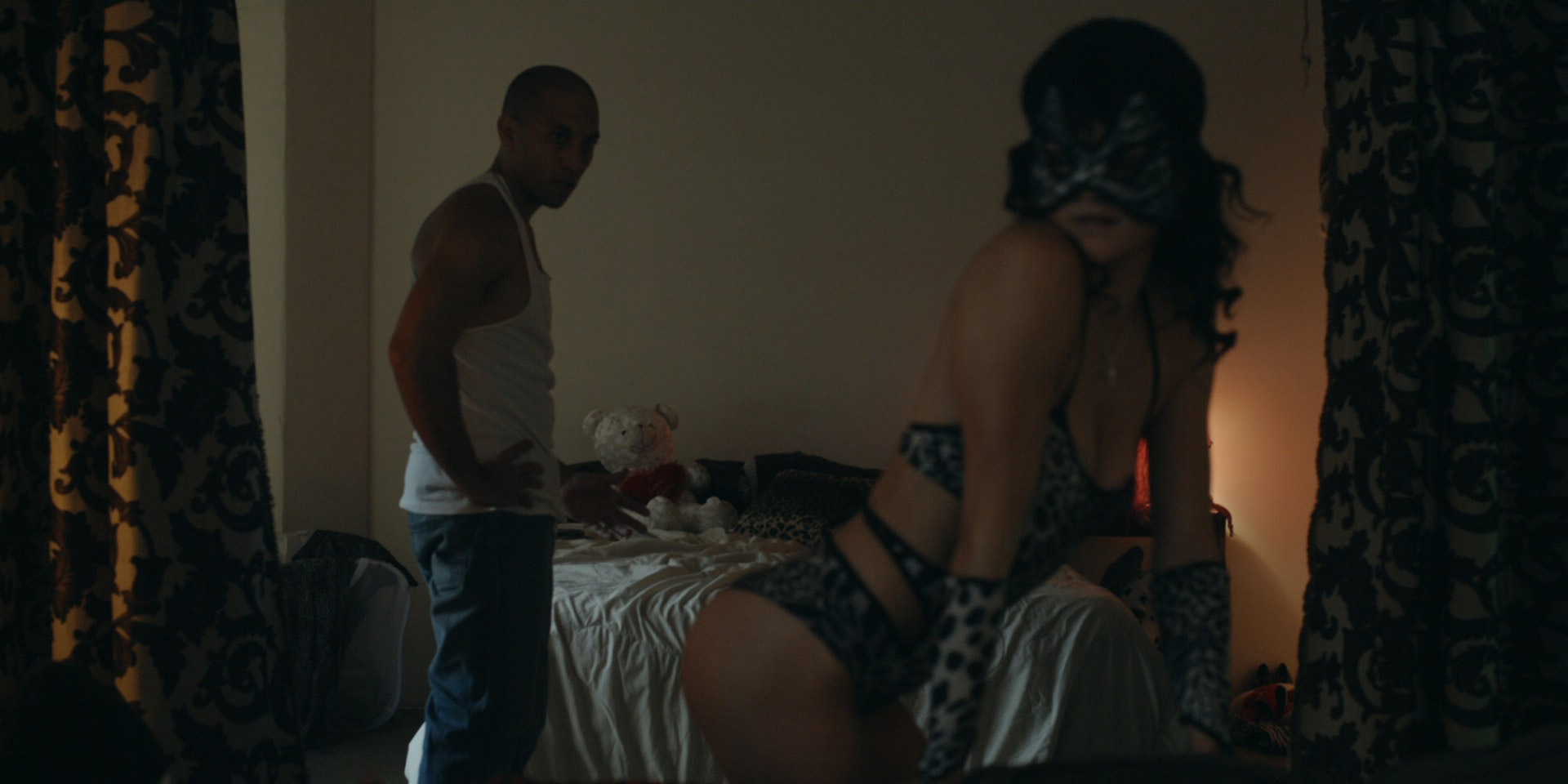 Here at Short of the Week, we’ve often highlighted the short form as a medium tailor-made for experimentation. Granted, sometimes this aforementioned experimentation can result in a less than stellar product—a figurative swing and a miss. But, occasionally, by messing with cinematic form, we are treated to magic.

I won’t argue that Motherf•cker—the fourth entry into the Takeaway Scenes series and adapted from the play The Motherf*cker With The Hat—is without problems. It functions more as an encapsulated moment between two characters rather than a developed short film (the ending is unfairly abrupt). But, as the very rules of the project indicate, perfection doesn’t exist. Honesty is king. And, in that sense, this visual piece is an arresting piece of cinema—raw, intense, and engaging. Both characters are surprisingly well-realized for such a minimal film—a testament to skillful writing and acting. The plot mechanics might feel a bit too familiar (infidelity), but it’s still a compelling watch.

We have been following this cinematic project for quite some time, but Motherf•cker is the strongest entry so far. In a single, uninterrupted take, we watch as two characters move through a cavalcade of emotions as an ex-con tells his girlfriend about his new job. Their highs and lows are beautifully rendered to the viewer as we move from elation, to fear, to frustration, to anger, to passion. All of this is expertly performed with camera work designed to simply capture the scene, not impose itself upon it. Too many “oner” films call attention to themselves by the very nature of the technical achievement required to make them. Here, the single shot removes the artifice of the camera from the situation entirely. We are watching a moment, not a cinematic machination. In that sense, the entire project is more aligned with the power of stageplays than a conventional movie going experience. The acting is “big,” but never too ostentatious.

Contrary to so many other short film projects created to get a director’s name “out there,” Takeway Scenes is an entirely anonymous production. Everyone involved eschews credit. Not only does this fit with the series’s experimental nature, it also brings into sharp focus this idea of cinema as a truly collaborative medium. It’s about community rather than ego.

We believe this anonymity is the purest form of making.

As the anonymous filmmakers relate: “We wish to challenge the nature of ego, validation and social reward associated with ‘art for credit’ and filmmaking in particular. Takeaway Scenes is a stage for both famous filmmakers and unknown filmmakers to have a level playing field, and allows controversial stories to be explored without fear. We believe this anonymity is the purest form of making.”

If any of this sounds pretentious or highfalutin, my greatest argument to counter this claim is the work itself—Mothef•cker is a memorable character piece that really gets under your skin and shows the powerful result of unfettered experimentation in the short format. We eagerly await the next entry, which should be released sometime in July 2015. Following that, the Takeaway team is launching Takeaway Scenes X, which will be a curated channel featuring films that follow the “10 rules.” Stay tuned to www.takeawayscenes.com for more details.