After the sudden passing of his wife, Stan ignores his overwhelming grief only to be faced with an unavoidable 20-piece punk marching band that floods his world with boisterous, interminable song.
READ REVIEW
Next Previous 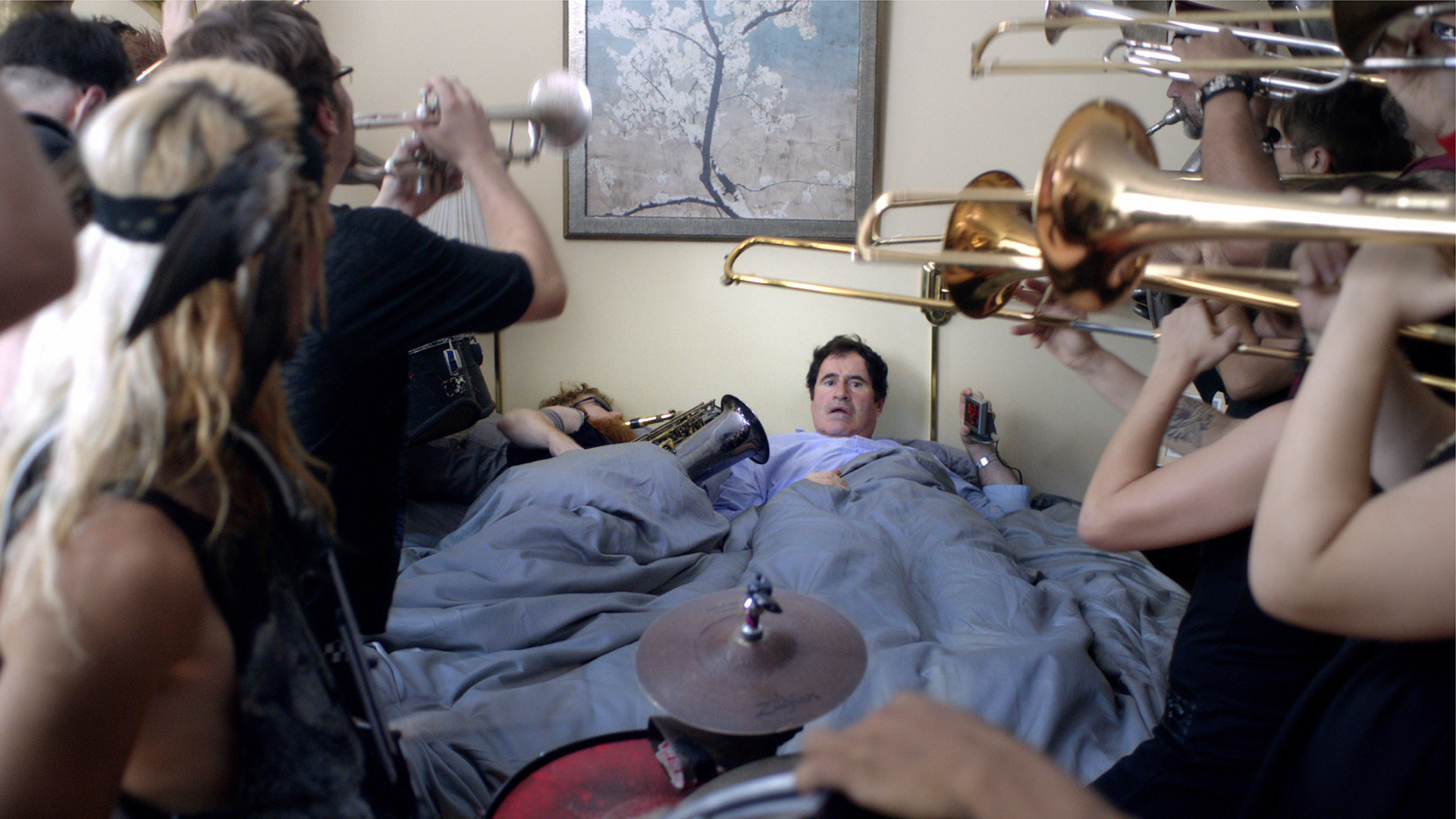 Remember that scene from Louie season 4? Louie is trying to sleep, but the garbage men outside are making a racket. Soon, the sanitation workers’ banging and clamoring enters into the glib comedian’s apartment—their cacophony becomes his very surreal reality.

Director Michael Slavens’s What Cheer? feels like a 17 minute extension of that gag. But, instead of just being a random throwaway joke, he mines the comedic potential of the premise to explore a man’s struggle with grief. On the surface, the high-concept—a 20-piece punk marching band floods a widower’s world with interminable song—might seem like something designed to be played for in-your-face laughs. But, for all its boisterous, literal orchestration, What Cheer? is a surprisingly sobering film. The central metaphor is so brilliant in its simplicity—it’s the kind of thing that will make you stop and think to yourself:  “Why hasn’t someone does this before?”

To rant a bit, as a curator, I  get fed-up with how often “grief” is used as a source of conflict in short films (grief in and of itself is very rarely interesting to watch). But, Slavens’s portrayal of the subject feels fresh—the band is a wonderfully symbolic representation of the agony of mourning. It’s darkly comic, but also so incredibly resonant. In grief, the silence and solitude of one’s loneliness and loss can be deafening—a neverending annoying soundtrack that won’t stop blaring in your head. What Cheer? is a natural extension of this concept, literally personifying that which our protagonist is working so hard to subdue. 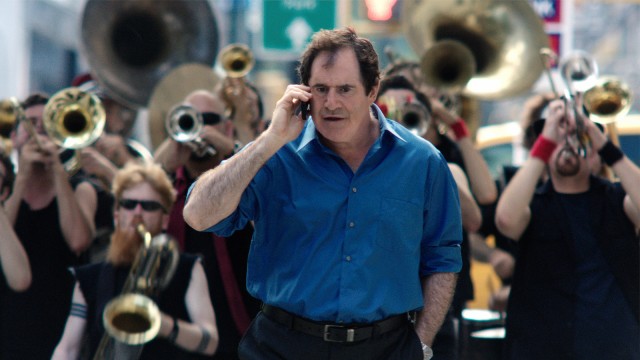 Communicating via e-mail, Slavens explains how the film came to be: “At first it was about a guy going through a breakup, but I kept getting to a point in the writing where I stopped caring and just wanted this guy to get over it. When my friend Richard Kind had expressed interest in being a part of the film in one way or another, I realized that I would solve all of my empathy issues if I changed the main character to a widower. I did a lot of research to try and get a grasp of what it would be like to lose a spouse.”

Slaven continues: “What I’ve gleaned…is that grief is all-consuming and it seems to transport you to a bizarre alternate universe where nothing is the same as it was just moments before. As well as being devastatingly sad, it feels completely absurd to have the rug ripped out from under your feet. I hope that short feels accurate to that experience and is cathartic for anyone who has gone through or is going through personal loss.”

Considering the cleverness of the premise and recognizable faces (hey, Richard Kind!), there’s no surprise that Cheer was a festival darling. It played at a lot of “big” names from Palm Springs to Rhode Island and scooped up the audience award at DC Shorts in 2014. Is it perfect? No. This is a film that is too long. As smart and well-executed as the premise is, I wish the edit was tighter (5 minutes could easily have been knocked off of this). But, I suppose,  you could argue that the length is intentional. We really do get as annoyed and fed-up as the lead character is forced to endure…and endure…and ultimately learn to move on.

Slavens’s current short, NYC Life—a parody of David Attenborough’s nature program, BBC Life—is currently screening as part of the Palm Springs ShortFest Online Film Festival. Be sure to keep up with Mr. Slavens work via his website and on twitter. And, if you dug the film’s enthusiastic punk orchestral sounds, you can learn more about the What Cheer? Brigade here.