If walls could talk? They don't. But, no one said anything about the couch...
READ REVIEW
Next Previous 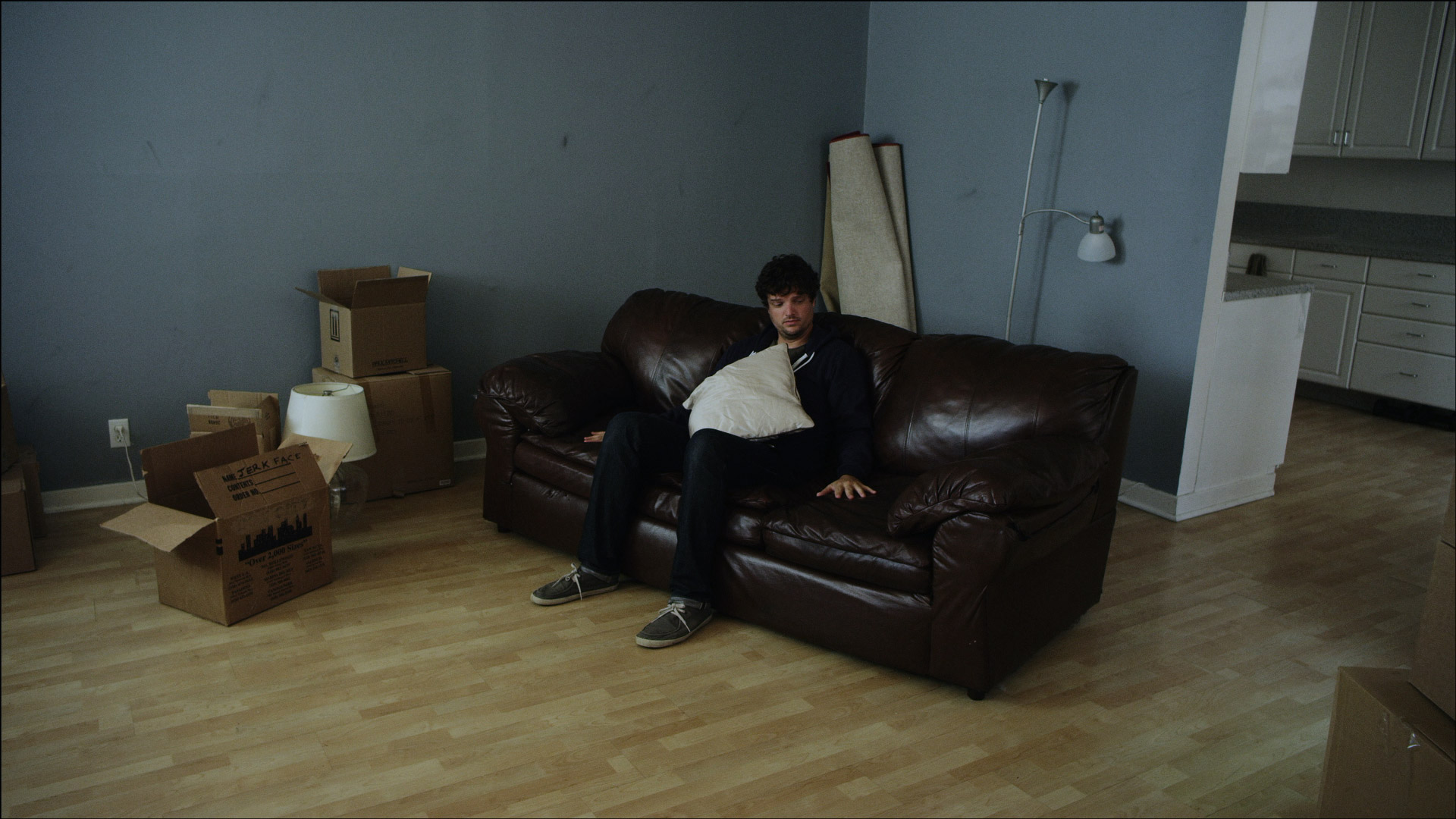 The romantic comedy genre is often filled with high concept ideas—a woman falls in love with the ghost of her ex-boyfriend, a man needs to make a woman fall in love with him anew everyday, a woman pretends to be the fiancé of a man trapped in a coma. I could go on and on…

Matthew Richmond’s Loveseat feels like a fresh entry into this time-honored “high concept” canon. Portraying a character who seems like he just stumbled off the set of the latest Apatow comedy, Matt Jones (Badger from Breaking Bad) plays a lovable loser who is afraid of commitment with his girlfriend. And, so, on the eve of moving in with her, he gets a much needed pep-talk from a very unconventional source…his couch.

While the premise itself could easily elicit some heavy eye rolls, Loveseat is a film that feels sweet rather than saccharine. Supported by a witty, tongue-in-cheek sense of humor, the short is wonderfully performed (the name talent helps) and creatively executed. It seems odd to say in a film about a talking couch, but there’s a lot of great “world building” on display here. When our protagonist, Joe, enters his reverie, the film cleverly mines every couch cliché you can think of for dramatic and humorous effect…from loose cushions to lost change. It’s a testament to the film how quickly we buy into the ridiculous central conceit. And, much to my delight, the most inventive bits are pulled off with simple, tangible special effects. Yeah, puppets! 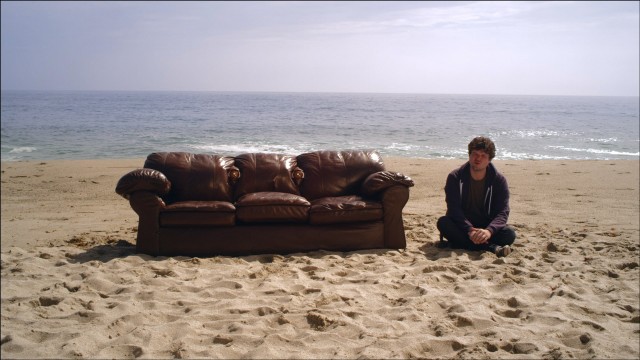 Loveseat essentially plays out sort of like a mashup between Dickens’s A Christmas Carol and a primetime network sitcom. A symbol of Joe’s eternal bachelorhood, the couch “transports” Joe to times past, present, and future to show him where he was and where he’s heading. Narratively, this is all well-traveled ground. But, the majority of the jokes work and the unique story angle keeps things feeling fresh. As such, by the end, the character journey feels as satisfying as it does sweet.

So, for those wondering, just how did Matthew Richmond manage to recruit Matt Jones to appear in the film? Well, after the “couch puppet” was constructed, he used it make a pitch video, asking Mr. Jones to read the script and consider playing the lead role. Fortunately, the stunt worked. Just goes to show you that a little ingenuity can go a long way.

You can keep up to date with all things Loveseat by visiting the film’s facebook.