As one of 500 Muslim soldiers in the UK, Ali stands out. Returning home from duty in Afghanistan unexpectedly, he faces tensions from his brother and community.
READ REVIEW
Next Previous 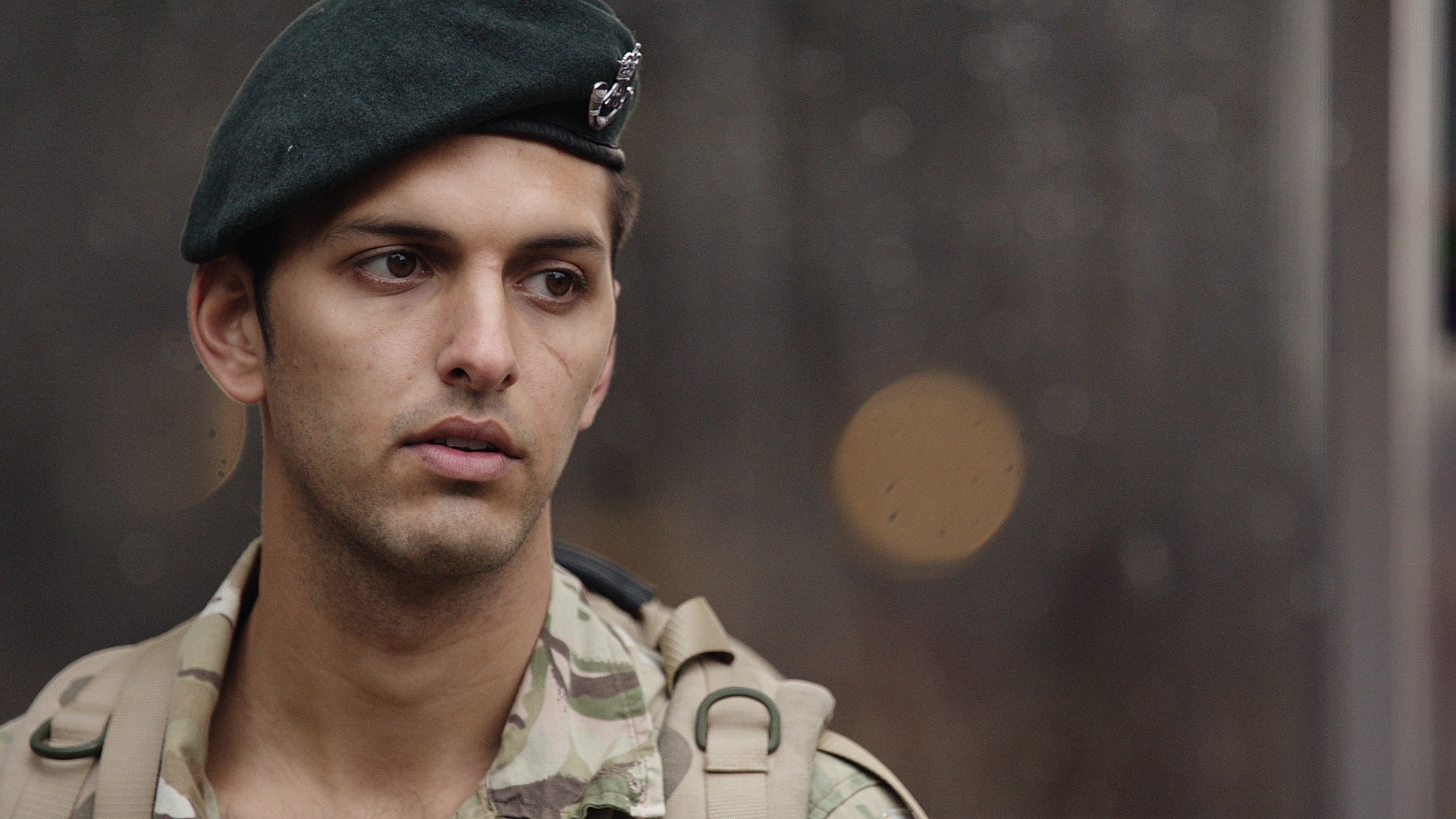 Inspired to create her distinct story after being impacted by news stories about British Muslim soldiers, Rachna Suri’s Our Lad is the poignant tale of one such soldier returning home from duty. Despite focusing on a specific community within British culture, Suri’s 14-minute film is a relatable and powerful watch due to its universal themes of death, religion and family.

Although the director admits to carrying out “extensive research” into minorities in the British Armed Forces, she’s keen to point out that this factor acts largely as a backdrop for the key topics covered in her narrative. “It’s not hard for people to understand the dynamics at play because they are universal”, says Suri, “feeling like an outsider, delicate family relationships, putting ourselves before others, loss…”. With this in mind, it would have been easy for Suri to head down the route of overly-dramatic scenarios, punctuated with scenes of confrontation, but this isn’t the case. Our Lad is an understated glimpse into the life of a British Muslim soldier, that not only strives to stay true to the people and cultures it represents, but also doesn’t try to ram the filmmaker’s own beliefs and opinions down the viewer’s throats.

Along with being an emotive and thought-provoking watch, Our Lad provides a glimpse into Muslim traditions and rituals rarely covered in more mainstream media, something the director admitted was prominent in her thoughts when making her film. “There are so many cliches and stereotypes in film and television, says Suri, “which are only ever part of a story. We need lots of different stories conveying different experiences – a single narrative about any group reduces people to stats, non-human entities – highlighting what makes us different rather than what makes us the same. In terms of the religious practices, locations and sets, we had a number of advisers to make sure the details were authentic. Ishy, the writer, was able to add authenticity to the religious ceremonies as he is from a Muslim background”.

With such a breadth of themes covered in its short duration, Our Lad is a story open to interpretation – depending on how you want to read the narrative. Although the director admits that she hopes the emotive nature of her film will move its audience. “The family dynamics are something that I think will strike a chord”, says Suri, “you can love and hate your family in the same breath – it’s a delicate balance. I also hope people’s expectations are surprised or challenged by the film – that they think about something that they wouldn’t have normally have thought about – and ponder on how complicated the British identity is today.”

With Playing Ball, a short film about the cutthroat world of an amateur netball league written by Selina Lim (who also wrote Painkiller and Keeping up with the Joneses), due for release on July 10, another short planned for later in the year and development on her debut feature ongoing, 2015 looks set to be a busy year for director Suri – to keep up with her work be sure to visit rachnasuri.com