In Guns We Trust

In Kennesaw, Georgia, a good citizen is an armed citizen. By law, since 1982, each head of household must own at least one working firearm with ammunition.
READ REVIEW
Next Previous

In Guns We Trust 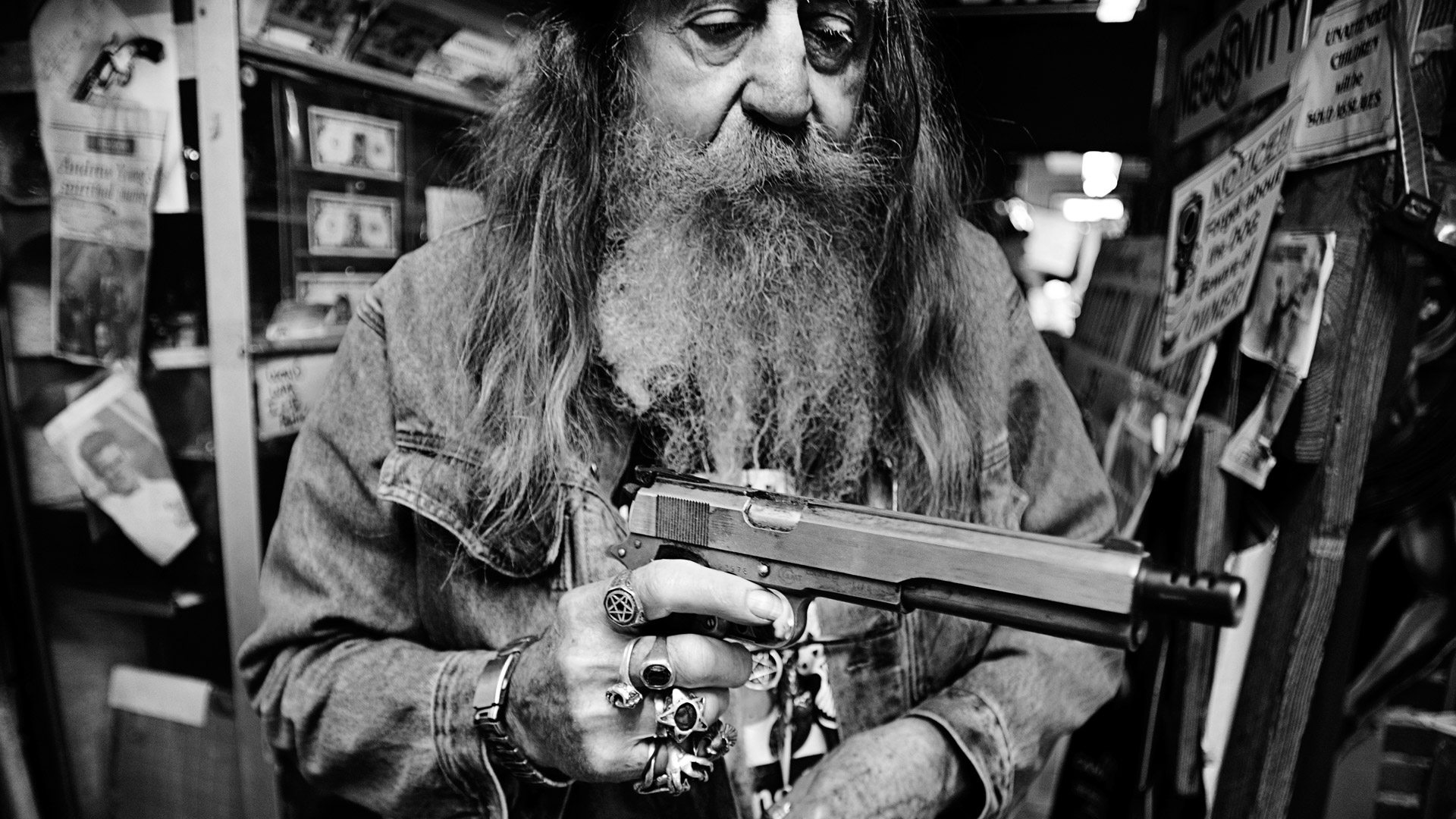 Gun culture is American culture. And, in Kennesaw—a small U.S. town in the state of Georgia—guns aren’t just the norm, they’re a requirement.  In this short portrait of a town and its people, Canadian filmmaker, Nicolas Lévesque, sets out to explore a community with an identity that is intrinsically tied to gun ownership.

Lévesque’s motivations behind making this film were quite simple. As he relates via e-mail, “I read about the Kennesaw gun law in the Financial Times, and I thought, ‘I should go there and document the place, the people, the pulse of this community’.”

And, “go there” he did. If there’s a criticism of In Guns We Trust it’s that it is a somewhat monotonal experience. There are no larger story arcs and the characters within lack an emotional progression. But, still, it’s an intoxicating piece of documentary work with an arresting tone. 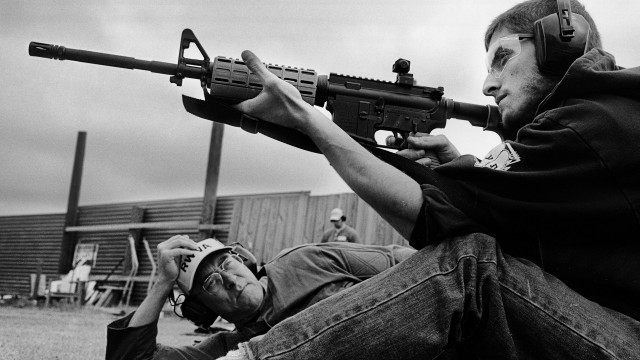 Aesthetically, this is a simple film—it’s  told predominantly using still photos and lo-fi b-roll, but again, it’s undeniably powerful. At times the townsfolk come off like NRA spokesmen—regurgitating the same sort of news-bite platitudes we’ve heard over and over again. At other times, they are surprisingly normal—people with an affinity for protection and American truisms. We are, after all, the land of the free.

You can’t jump off a stone mountain and change your mind half way down.

Now, this film isn’t necessarily designed to incite a debate—Lévesque isn’t Michael Moore and this isn’t Bowling for Columbine. If you’re reading this, I’d assume your thoughts on gun rights are already made up—I sincerely doubt an 11 minute short will change your mind (although he’s not a character in the film, with the eerie, ambient music, it’s clear where Lévesque’s opinion lies as well). But, by hearing these people talk, we’re  given a window into a culture—for me a culture that is both as foreign as it is familiar (I live in liberal urbanity and I grew up in the rural gun-loving Virginia countryside). I wish we got more insight into what these folks really think instead of the regurgitation of generic statements, but the roboticism of their response is also part of the point. They believe in this law and its implications—perhaps it’s not any more complicated than that. It’s also fitting that each person identifies him/herself via their name and their weapon of choice. Guns, quite simply, are their identity.

To learn more about filmmaker and photographer Nicolas Lévesque, please visit his website.