Two children amble through a strange and still summer afternoon in a world which seems to exist only for them.
READ REVIEW
Next Previous 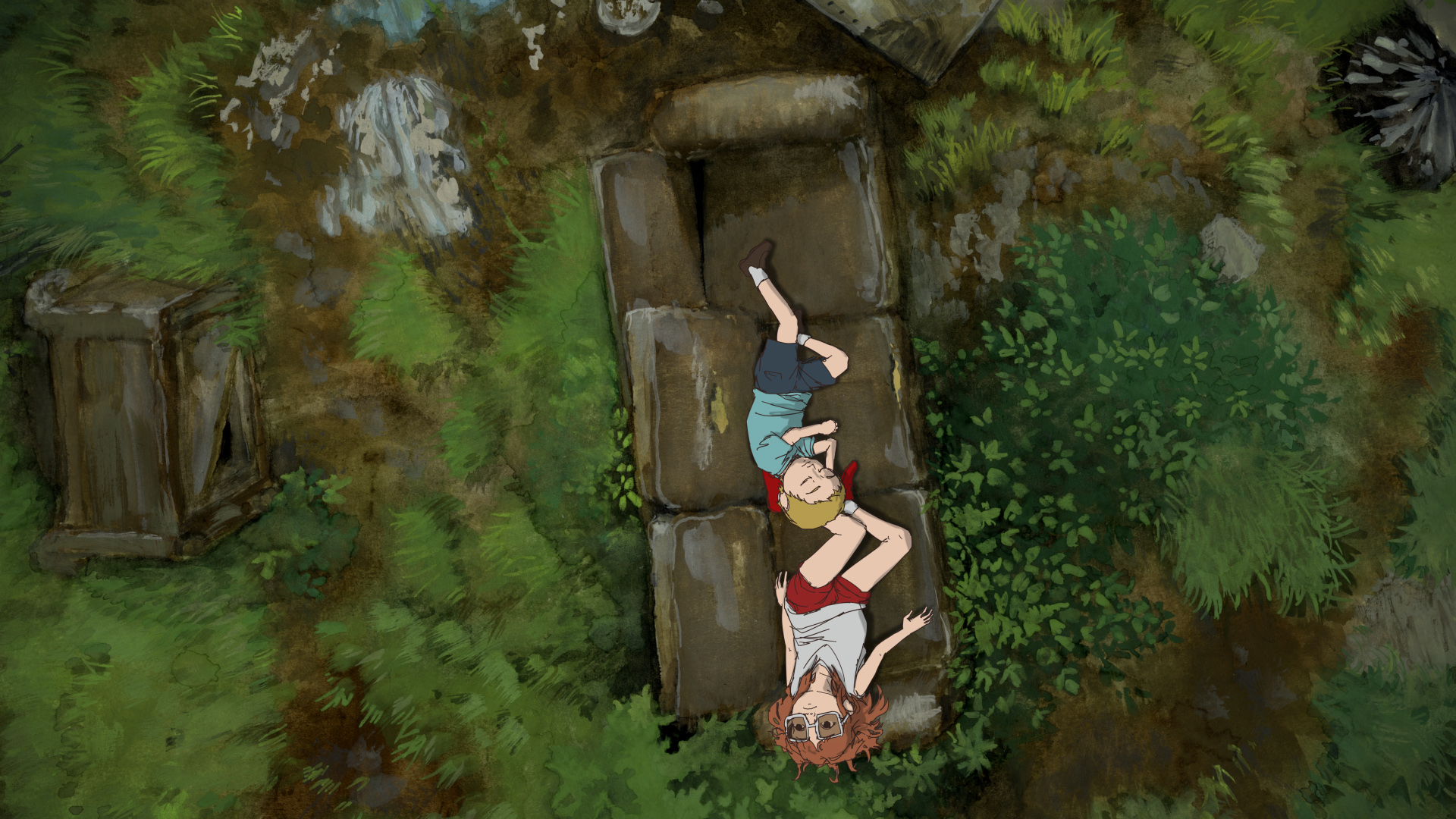 Presenting a hazy vision of the summer from the perspective of the fertile imagination of children, Christian Schlaeffer’s The Dewberry Empire takes you on an evocative journey through the magical summers of your childhood. Recording real audio of two kids at play and using this as the basis of his story, Schlaeffer has created a wandering short that perfectly captures the unrestricted spirit of youth.

Created as his graduation film from the Royal College of Art, Schlaffer adopted a somewhat unusual approach when it came to forming a narrative for his short. Foregoing his usual process of fully-forming his storyline before launching into the production process, instead the filmmaker came up with a rough idea for his short and instead let a narrative build after recording the children featured in his film at play. “I wanted to give enough freedom within a rough plot for the children to play with their roles”, Schlaffer explained in an interview with Directors Notes, “so I could then choose the best and most natural sound bits of that recording to form out the details of my story. This approach gave me an unusual, natural quality to the sound, which is rare in animation, where sound recording tends to happen in a studio, with fixed, scripted lines. The exact series of events became only apparent after the sound recording, during sound editing. Only then did I start to make a storyboard and proceed with the usual way of making my animation, i.e. drawing and painting until I was finished”. It was a bold approach from Schlaffer and although the loose structure of his narrative isn’t going to work for everyone, there’s something a little magical about the reflective nature of the film and how it transports you to your own childhood. Watching The Dewberry Empire, I couldn’t but help drift away to memories of my own childhood summers (summers never seem as hot now!) and how my boundless energy led to hours of exploration in a world (seemingly) free from worry and danger.

For me it’s the space this film allows for personal contemplation that makes it such a distinct and interesting watch, but if its storyline doesn’t float your boat, it’s hard not to appreciate the rich visual style Schlaffer brings to the screen. Teaching himself watercolour painting for this production, something he admits he was nervous about as he “couldn’t click ‘undo’”, combining with the float feel of his “camerawork”, it feels like the perfect aesthetic to capture the vivid colours and dreamlike quality of the childhood summer. Whilst this approach to his animation certainly seems like the right decision in hindsight, at the times the directors admits (again in our interview for Directors Notes) it wasn’t the easiest of processes. “Ultimately, it took me 7 months straight of animating and background painting, says Schlaeffer, in which I took only a handful of days off, for about 5000 animation-drawings and 70 matte paintings. That wasn’t too healthy, though. I got some help with the colouring, about ten shots or so are coloured by assistants. It was a bit problematic though, since the way I draw is hard to decipher for others before it’s coloured in, and so my assistants would repeatedly colour bits in the wrong colour, and I couldn’t do anything about it, but check every frame myself and fix it. But in the end, they did save me a couple of days and I am grateful for that.”

Since completing his studies at the RCA, Schlaffer has been working as a Matte Painter and as a Storyboard Artist. He continues to work on some “rough concepts” for short films, but admits he currently doesn’t have the resources (time/finances) to really put them into action – in the meantime he continues to work on what he describes as “my little experiments” (like The Ballad of Hip Jimmy, alongside commissions) – to follow Christian’s work, you can stay tuned to his Tumblr for updates.