A timid insurance clerk named Ike is our only hope of convincing God to halt the impending apocalypse.
READ REVIEW
Next Previous 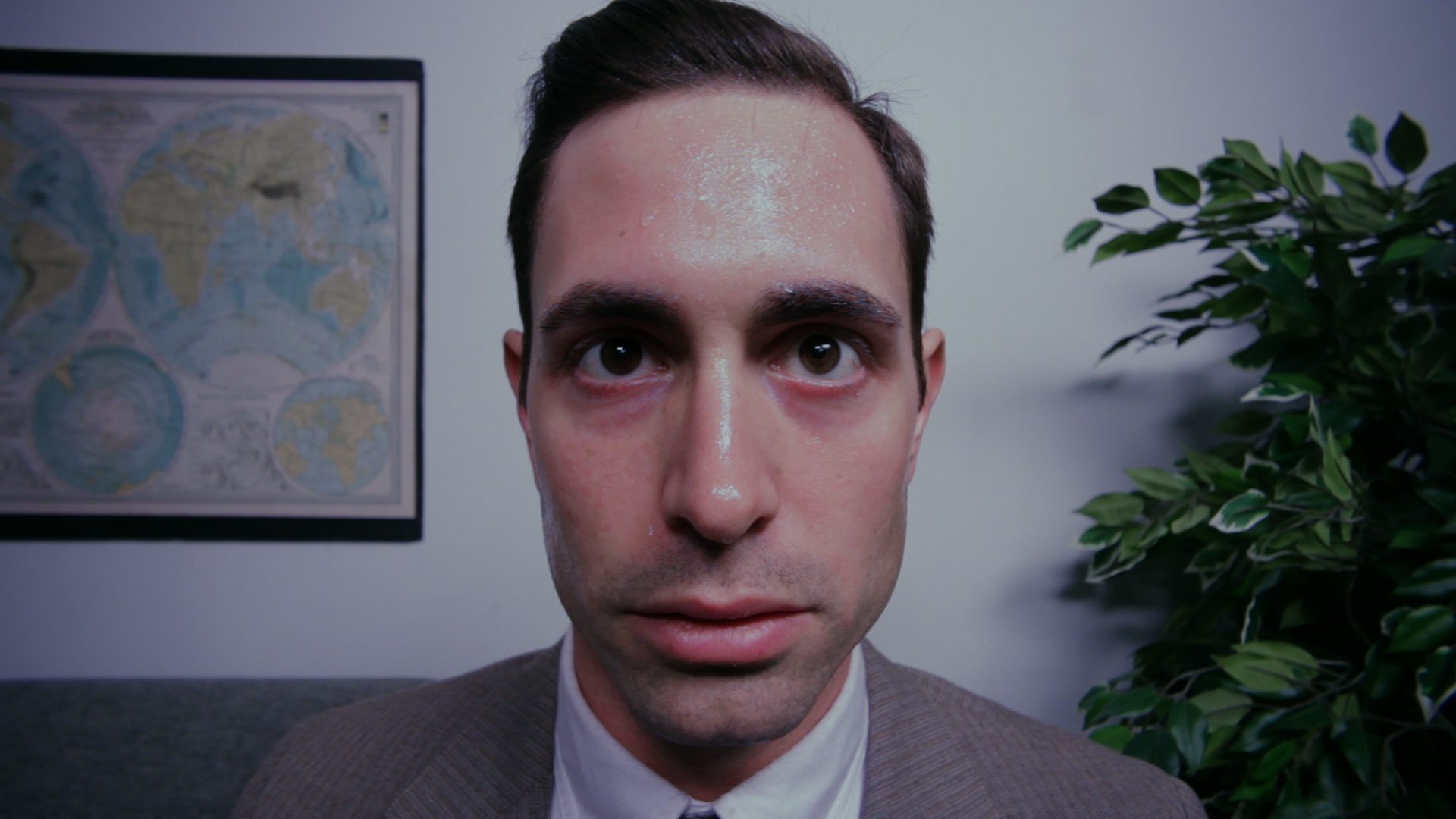 Rarely has the apocalypse ever been so funny. In writer and director Eli Shapiro’s Ike Interviews God, we are treated to a delicious scenario—a bland “everyman” is given a chance to interview a vengeful god. What results is a darkly hilarious take on human nature and inevitability that will have you cringing as much as it will make you smile.

The premise may be high-concept but the presentation is anything but. This is a low-budget short through and through (one location, just a few actors). It’s a great example of how clever writing can often supersede large scale productions. For such a serious topic, the punchlines are frequent and effective (a certain recurring gag about “Dolphin Oil” is a definite highlight). In general, Ike is a fantastic representation of “indie” comedy done well in the short form. It’s smartly written and features some excellent lead performances. Beyond that, the film captures a wonderfully absurd tone—almost like an Onion article turned into a cinematic narrative.

If you could have a private conversation with God, what would you ask Her?

Director Eli Shapiro, communicating via e-mail, expands upon his goals with the project: “It started with a simple premise: If you could have a private conversation with God, what would you ask Her? The terrifying idea in the film is what if God existed, but didn’t care about us? In terms of style, I was inspired by dark cosmic comedies like ‘Hitchhikers Guide,’ ‘Being John Malkovich,’ and early Woody Allen films like ‘Sleeper.'”

Shot on a shoestring budget of $1500 while Shapiro was a student at NYU Tisch, Ike is the epitome of a scrappy film school production. The various props were constructed out of old 90’s computer parts sourced from Craigslist. For God’s “talking” effect, Shapiro commissioned a fellow film school student to rewire a broken internet router so that its lights would bounce to a waveform when connected to an iPod. Really, though, the low-budget trappings forced Shapiro to concentrate on getting the script and performance just right. Ryan Wesley Gilreath, who plays Ike, does a fantastic job hitting a slew of emotional beats. It’s undoubtedly impressive, especially when you consider that for the majority of the short he’s essentially in a room talking to himself.

As for the age-old question: what’s next for Mr. Shapiro? Well, his next short is already heading out to festivals. He’s also currently working on a feature comedy. Be sure to keep up to date with all his work at his website, www.eli-shapiro.com, and on twitter.