Presented in Circlescope - (NULL) is the tale of an unknown girl who breaks out of her daily grind by undergoing an intense audio-visual trip.
READ REVIEW
Next Previous 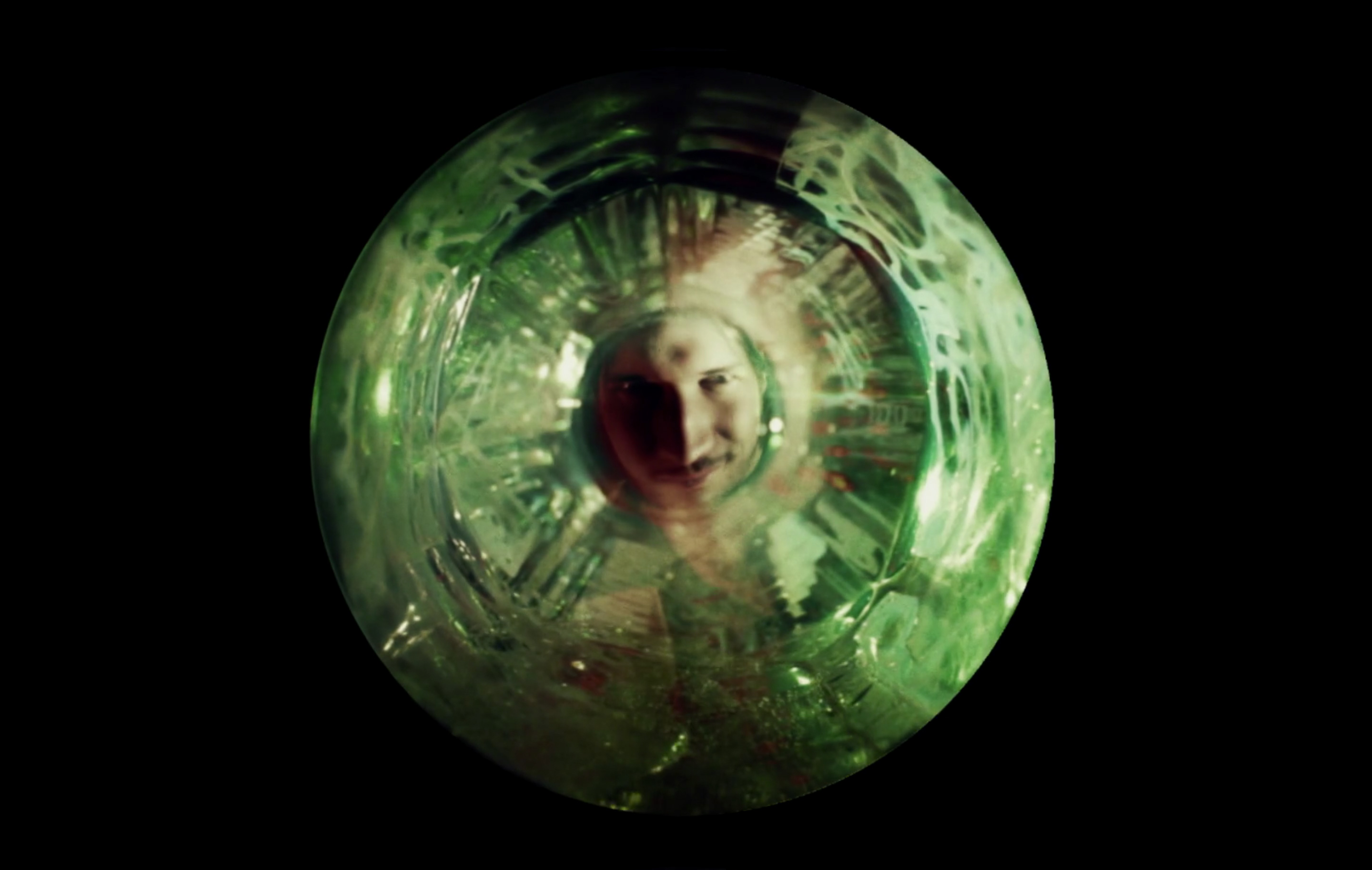 When Elton John and Tim Rice wrote ‘The Circle of Life’ – I don’t think this was exactly what they had in mind. Created in a month, for an experimental workshop at Filmacademy Baden-Württemberg, Germany, David Gesslbauer & Michael Lange’s (NULL) employs a creative aesthetic to the tell the easily identifiable tale of a girl looking to break free of her routine.

“We saw we could build a very simple story about everyday life and use the shape as a metaphor for the daily grind.”

Utilising a visual style dubbed ‘Circlescope’ (NULL)’s aesthetic approach sees its imagery restricted to a circular space within the usual confines of the widescreen ration. Inspired by a humorous idea by directorial duo Gesslbauer and Lange, to create a film about a washing machine, this playful concept soon developed into something more serious when the pair noticed themes emerging in the pre-production process. “We knew it was way too lame”, Gesslbauer admits when quizzed about their original washing machine premise, “so we thought about adding other elements to fill up time. We figured out they had the circle shape in common, so we started to go around and simply photographed everything that is round. By sorting the photos into a kind-of storyboard, we saw we could build a very simple story about everyday life and use the shape as a metaphor for the daily grind – with the hamster wheel as a central element”. At first feeling like a gimmick, (NULL)’s aesthetic soon sucks you in, as not only is it oddly compelling and hypnotic, but seems like the perfect approach for a film telling a story that orbits around the cyclical nature of routine.

“A lot of freestyling went into this.”

With the distinct look of the film now set, the filmmaking pair now had the task of bringing their story to life, whilst working within the restrictions of their ‘Circlescope’ approach. “The challenge was clear”, says Gesslbauer, “how do you tell a story through a circular space? To me its an interesting idea of establishing a strict outline (so the viewer experience “tunnel vision”). Shooting this way was very refreshing (to not have a need to fill up widescreen in particular), we tried a lot, building weird constructions to get our shots done. Especially the one with the cocaine-sniffing (vacuum cleaner, money bill through a pipe, moving the platform, getting the focus right and so on). We were just a two-man throughout the process and a lot of freestyling went into this. I could edit while Michael was shooting and vice-versa”.

Whilst the narrative for (NULL) doesn’t exactly tread new ground (but that’s kind of the point), it’s the novel approach to storytelling that makes it such a distinct and watchable short. There’s no denying the tonal/conceptual resemblance to The Prodigy’s controversial Smack My Bitch Up video and whilst I have to admit, I wish like in that video Gesslbauer and Lange had pushed certain scenes a little further (but maybe that says more about me than the filmmakers), (NULL) seems a more thoughtful and well-considered piece of filmmaking.