Aeron of Aeron & Sons Ltd. decides today is the day to hand his son a project of his own.
READ REVIEW
Next Previous 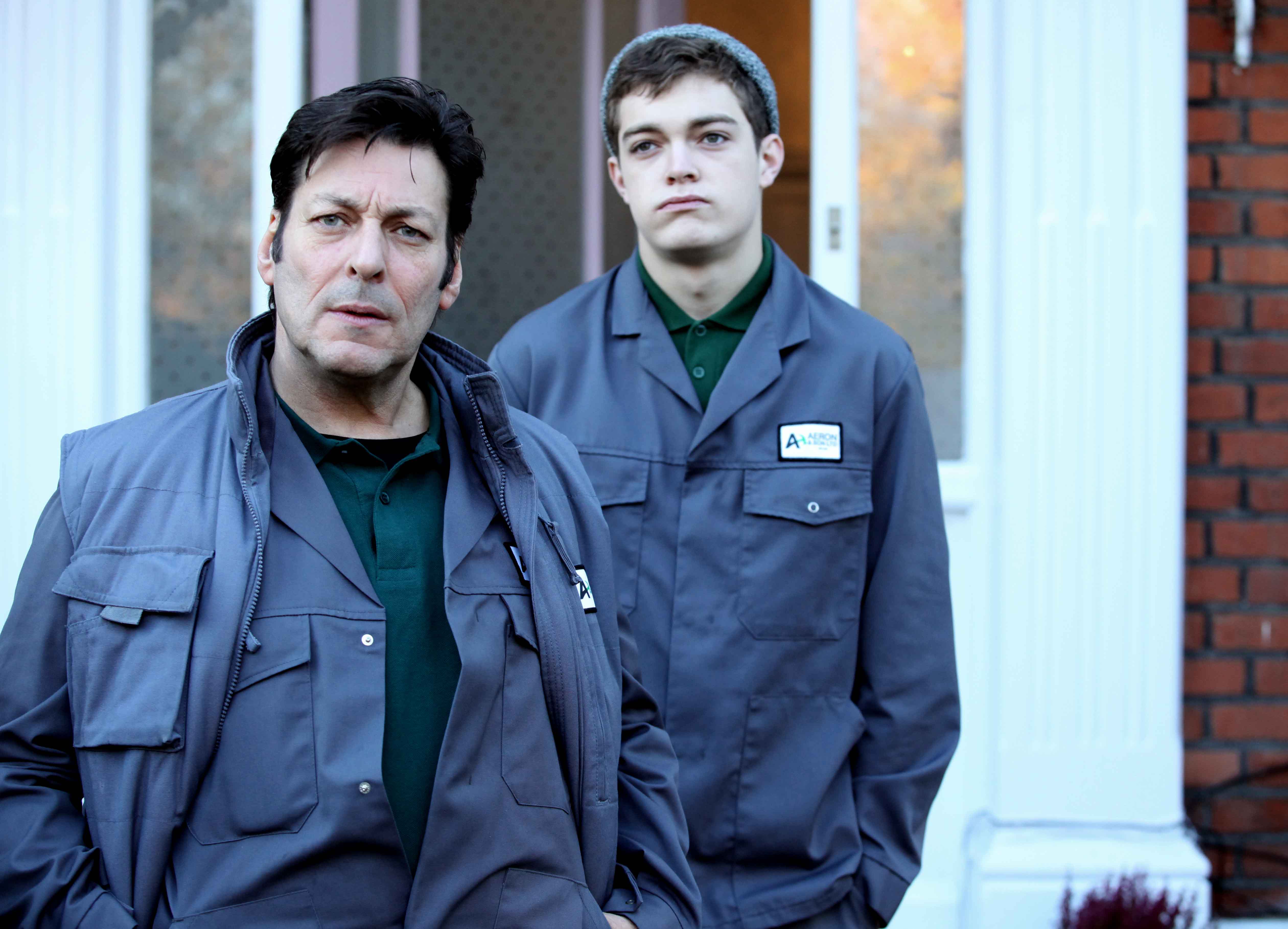 Monday morning at 10am is the perfect time to watch The 10am, a short film by UK filmmaker Colin O’Toole. The 10am is an oddly pleasant dark comedy about a father passing down the family business to his son. The father is determined to teach his son the tools of the trade and make him confident enough to take charge of home improvement projects of his own. What starts off as a rather seemingly mundane workday becomes, well, a seemingly mundane workday. At least for them.

The performances in this are spot on, with each actor being quite comfortable in their character and providing us with natural delivery without divulging too much. There’s a unique subtlety throughout that is combined with just the right amount of a cinematic wink.

We asked O’Toole what inspired him to make the film and his answer was a bit of a surprise. He tells us “I was researching a documentary I wanted to make in India about three generations of hangmen / executioners all from the same family. The bizarre story came to my attention when an Indian newspaper had reported that the Indian authorities were opening applications for the position of  ‘Hang man’ for a series of high profile executions involving some of the most notorious criminals in the country.” Unfortunately O’Toole couldn’t create this documentary for a variety of reasons. But what resulted from his research was this film, The 10am. He took a creative solution to telling a story he was intent on telling, simply not in the way he had originally intended.

O’Toole does a fantastic job of maintaining the perspective of the main characters while allowing the viewers to enjoy their own perspective. While this film, on the surface, is fairly simple, it possesses a greater depth addressing some of the intricacies within our daily lives: Work, family, ego, pride, sex, classes and more. If there is one thing we can take away from this film (without going into the greater details spoiling the film in its entirety) is that we can always be comfortable in knowing there will always be a time, before we know how to do things, that we don’t know how to do things. And what we can safely remind ourselves is this: you don’t know until you know.