We Ate the Children Last

What happens when society embraces a radical medical breakthrough without fully understanding its side effects?
READ REVIEW
Next Previous

We Ate the Children Last 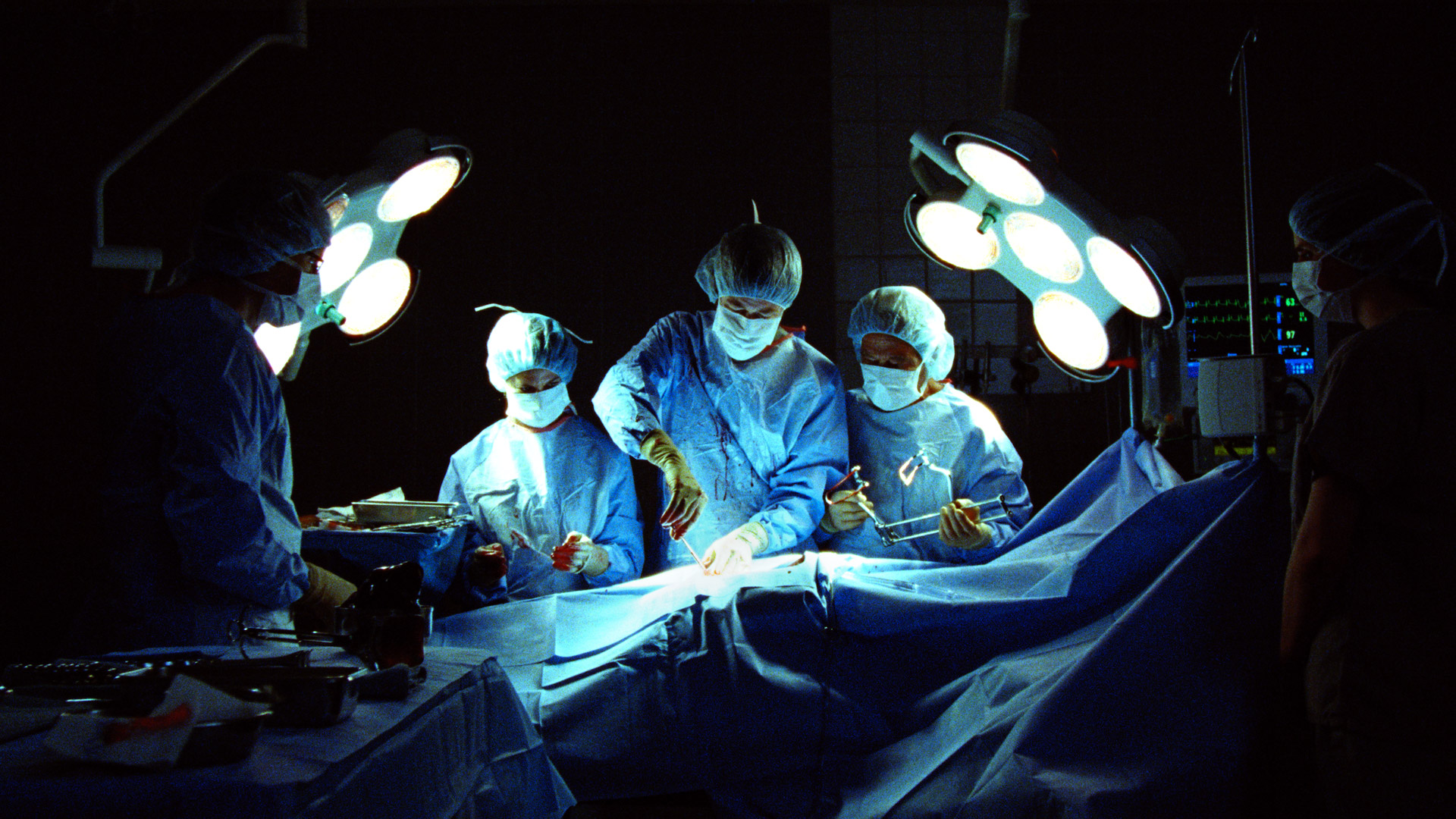 Director Andrew Cividino is premiering his first feature film, Sleeping Giants, at Cannes today. So, in order to honor the occasion we are excited to feature one of his earlier short films—a 2011 festival darling based upon a darkly satirical story from author Yann Martel (Life of Pi).

The premise is high-concept science fiction—researchers discover a radical cure for digestive tract illnesses while transplanting pig organs into the human body. But, as you might expect from apocalyptic sci-fi, the medical miracle soon reveals some dangerous consequences. At its core, WATCL is a wicked satire that feels like it belongs in some sort of weird, disturbing collection curated by Kurt Vonnegut. Martel’s story and Cividino’s resulting visual adaptation are both heavy on theme and metaphor, exploring everything from groupthink to identity to the cult of celebrity.

Although the film came out three years ago, as with all the best science fiction, it feels surprisingly prescient today with its message of us vs. them paranoia—of pig/anti-pig protests. As headlines currently bleed with stories over riots and systemic racism in American society, it’s hard not to see the underlying truth of the film’s dark central conceit. Cividino elaborates in the film’s press materials: “I wanted to focus on mediaʼs role in generating hysteria because it is something I witness frequently in my own life. Fear can be amplified by mass media, affecting how an entire society behaves.”

This film isn’t perfect. It’s somewhat impersonal—the larger concepts and world overshadowing the potential for the development of a real protagonist whom the audience can follow (it’s only loosely focused on an unnamed protagonist monikered “Patient D”). But, in a way, that might be the point—this isn’t a character journey but rather a darkly satirical take on society as a whole. We’d eat ourselves to death if we could. If given an insatiable appetite, we will consume and consume with little thought of the consequences.  The consumption metaphor could be applied to any number of things—not just food. I mean, when was the last time you binge watched a Netflix show? Or, needed to be the first to see that new trailer for the hottest blockbuster? We live in a consumer culture, and like the film, most of what we actually consume is…well…garbage.

Cividino is clearly a director to watch. He followed up this short with another film that eventually evolved into a feature version that is premiering at Cannes. Next on his plate? He recently acquired the option to expand We Ate the Children Last into a feature film as well. What can I say? We truly are always hungry for more….