When a mother is hit by a rare condition that sees her lift off the ground at a slow but ever increasing rate, her husband and daughter struggle to cope.
READ REVIEW
Next Previous 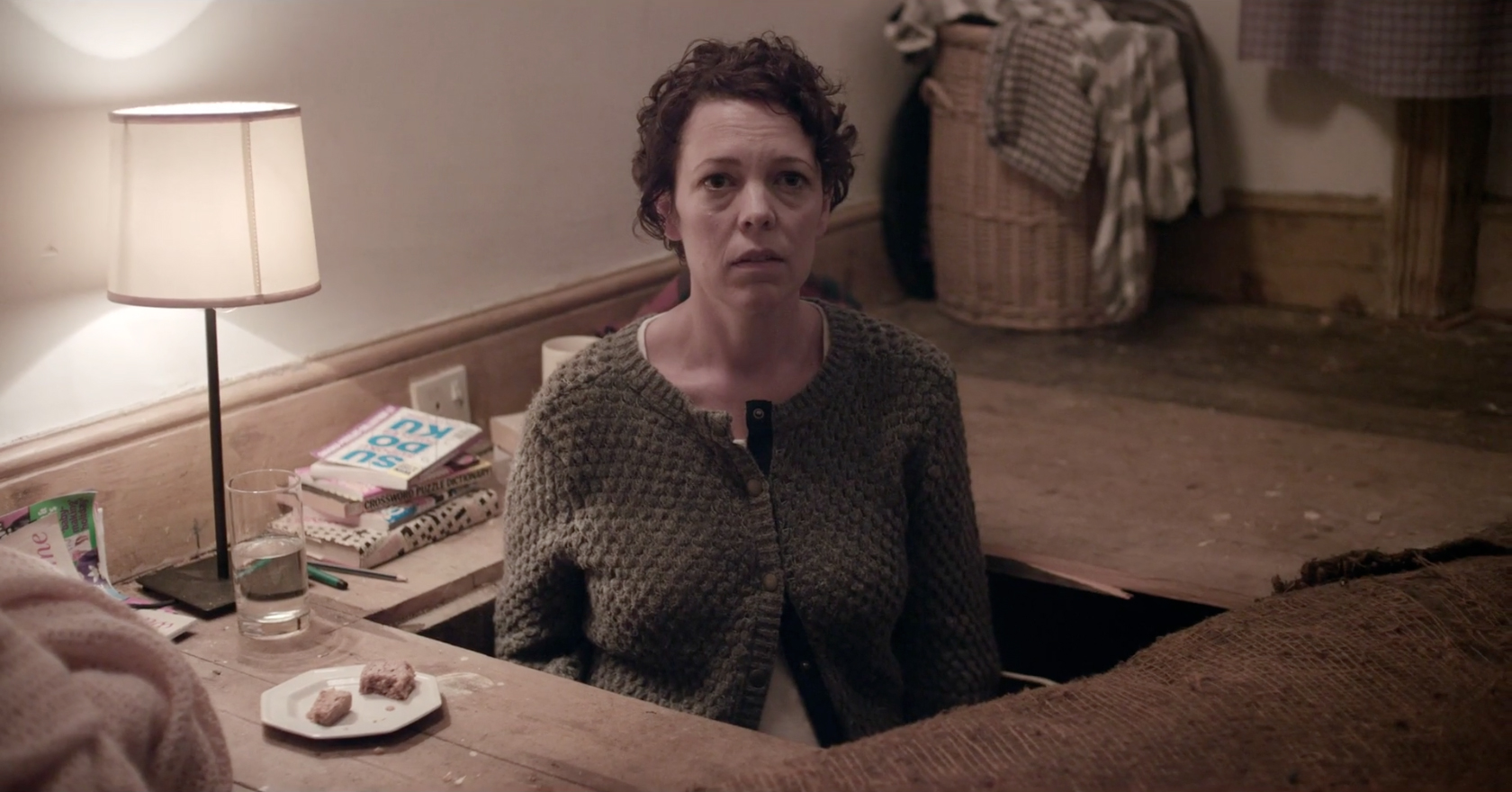 British Director Oscar Sharp has established himself as a master of creating extraordinary scenarios, yet at the same time making them feel realistic and human, and his latest short The Kármán Line is no exception. (Warning – spoilers!) The film cleverly takes a subject with which we are very familiar onscreen, losing a loved one to terminal illness, and reframes it in an absurd and emotionally powerful parallel reality.

The film opens in a typical family home, with the mother making dinner for her grumpy teenage daughter, singing along with Pat Benatar on the radio – when all of a sudden her world grinds to a halt as she realises her feet have literally left the ground. The film beautifully and metaphorically encapsulates the painful stages a family go through during a terminal illness diagnosis – from shock and hope to frustration, anger and acceptance – and gently highlights how the process affects our daily lives, without having to literally drag us through the experience. Rather than focusing on all the usual associations of stories about death (beeping monitors, wasting away), as Sarah Larson from The New Yorker (the film was released online in their Screening Room) puts it “Sharp and his crew have created a space for pure emotion, and for wonder—watching it, you feel the love and sorrow familiar from actual loss, unburdened by the details of straight realism, or of real life”.

The whole idea for the film began with this notion of a floating woman, explains Sharp over a conversation on email. The idea in his head gradually became a story he thought was for radio and “sort of about Jade Goody.” Then, shortly after his own mother was diagnosed with Leukemia, the full story hit him and it all fell into place. Despite great support from his producer, Tiernan Hanby, his attempts to write the screenplay failed completely, so he took the concept to his friend, writer Dawn King who agreed to write the script. The dialogue is perfectly nuanced (and delivered with excellent performances from the actors), managing at once to dive straight into the action, yet at the same time giving us enough information to really get a sense of the family dynamic right from the opening line.

Sharp worked with composer Bjarni Biering Margeirsson to create the score and explains “It’s a very tricky tone to hit in places. For some of the high-tension sections, Bjarni incorporated a performance we found by Dame Evelyn Glennie on a unique instrument made of iron railings called the Barimbulum. I got obsessed with it. He also created a new song for the anniversary scene that somehow exactly hit my entire request of warm and romantic, but heartbreaking and haunting. People are often surprised to learn that the Pat Benatar track We Belong – Olivia’s character’s favourite song – is one I’d never heard before and had no idea was so famous.” And the song works brilliantly to bookend the film – soaring and uplifting, ensuring that we both enter and leave the film on a positive note.

The Kármán Line won the BIFA for Best British Short in 2014, was nominated for the 2015 Best Short Film BAFTA and has played at SXSW, Aspen ShortsFest and Palm Springs International ShortFest. Sharp is currently working on a “sort-of-sci-fi” called Onboard he’s writing for Tobey Maguire and his company Material Pictures. He is also in the early stages of several other feature projects.