The life of a stone as it travels over the course of millennia, facing nature's greatest obstacle: human civilization.
READ REVIEW
Next Previous 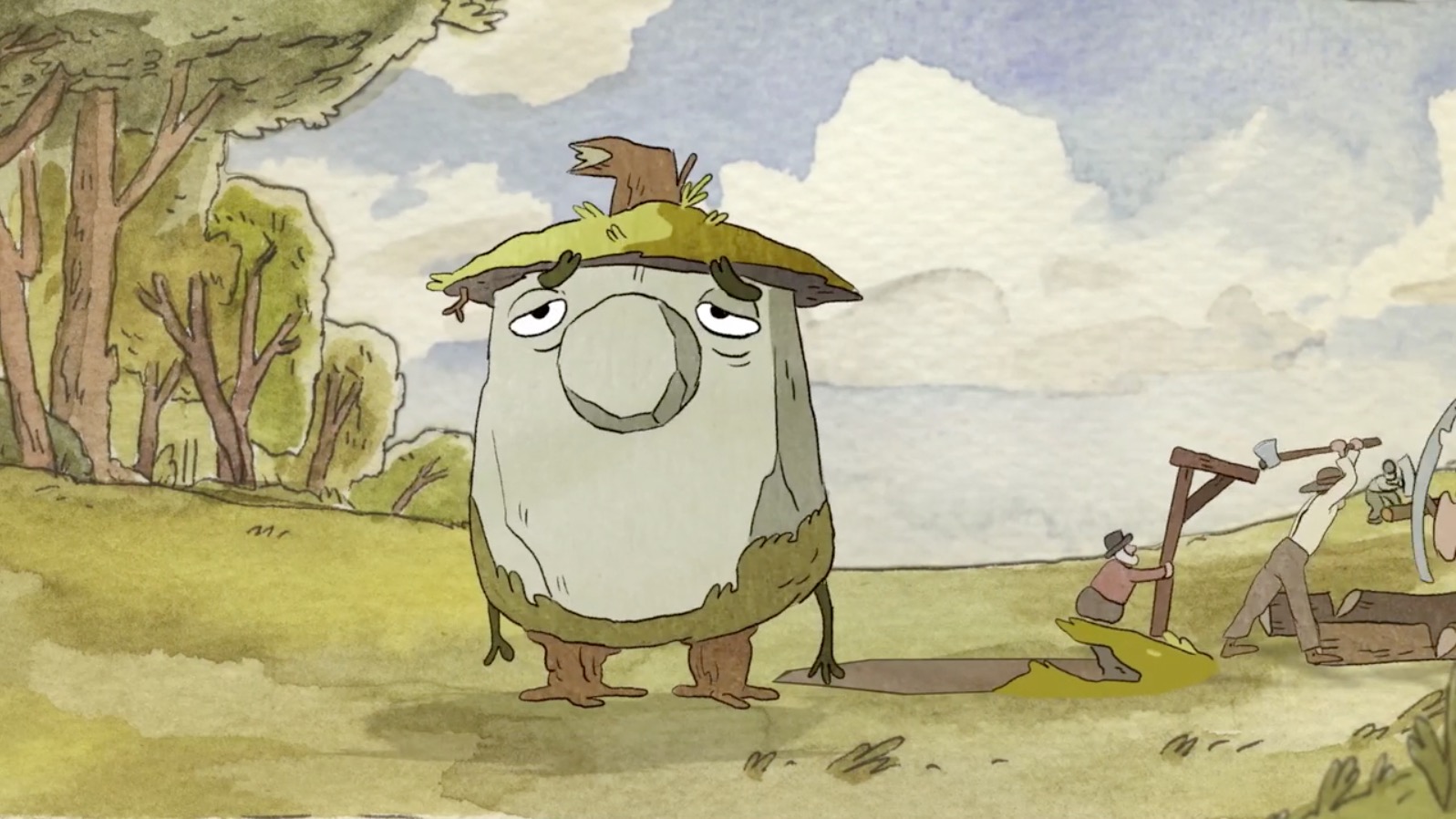 The epic tale of a rock (yep – you heard me right!) told over millions of years, An Object at Rest takes it viewers on a journey through time as we witness our stone protagonist battle against the forces of nature…and mankind. Layering digital animation on-top of hand-painted watercolor background’s, Seth Boyden’s charming animation expertly blends the painterly quality of its aesthetic, with its classic storyline, creating a short with a real timeless quality.

Although Boyden’s film is as pretty as a picture (it really does have the feel of a watercolor painting to it), for the team here at Short of the Week, it was the narrative that really made An Object at Rest standout from this year’s CalArts films. An ambitious tale, set over a huge time-period, the assured storytelling on show in this 6-minute thesis film just felt like something we couldn’t ignore.

Speaking via email, the director revealed how he first came up with the concept for his film whilst walking down a gravel road with his dad – “Thinking about the boulders that were ground into tiny pieces and scattered on the street, I wondered where those rocks had been before, and where they would go after the road was gone. This sort of began the perception of “rock time” where everything that happened over centuries of our human history would probably just be seconds from the perspective of a rock. The majority of the scenes that I wanted to capture in the film were inspired from events that have or could have actually happened in the American Midwest. Most of the choices for scenes were determined by experiences from historical locations that I remember visiting from when I was young. All that was left was to weave the rock character into these moments to give it a narrative context.”

Taking 9-months to complete, Boyden graduates from CalArts this month (May 2015) and is planning to enter the feature animation industry as a storyboard artist trainee. If you like what you see, be sure to check out more of his films on Vimeo and keep an eye on his blog for updates