A short film about falling in love. With a terrorist.
READ REVIEW
Next Previous 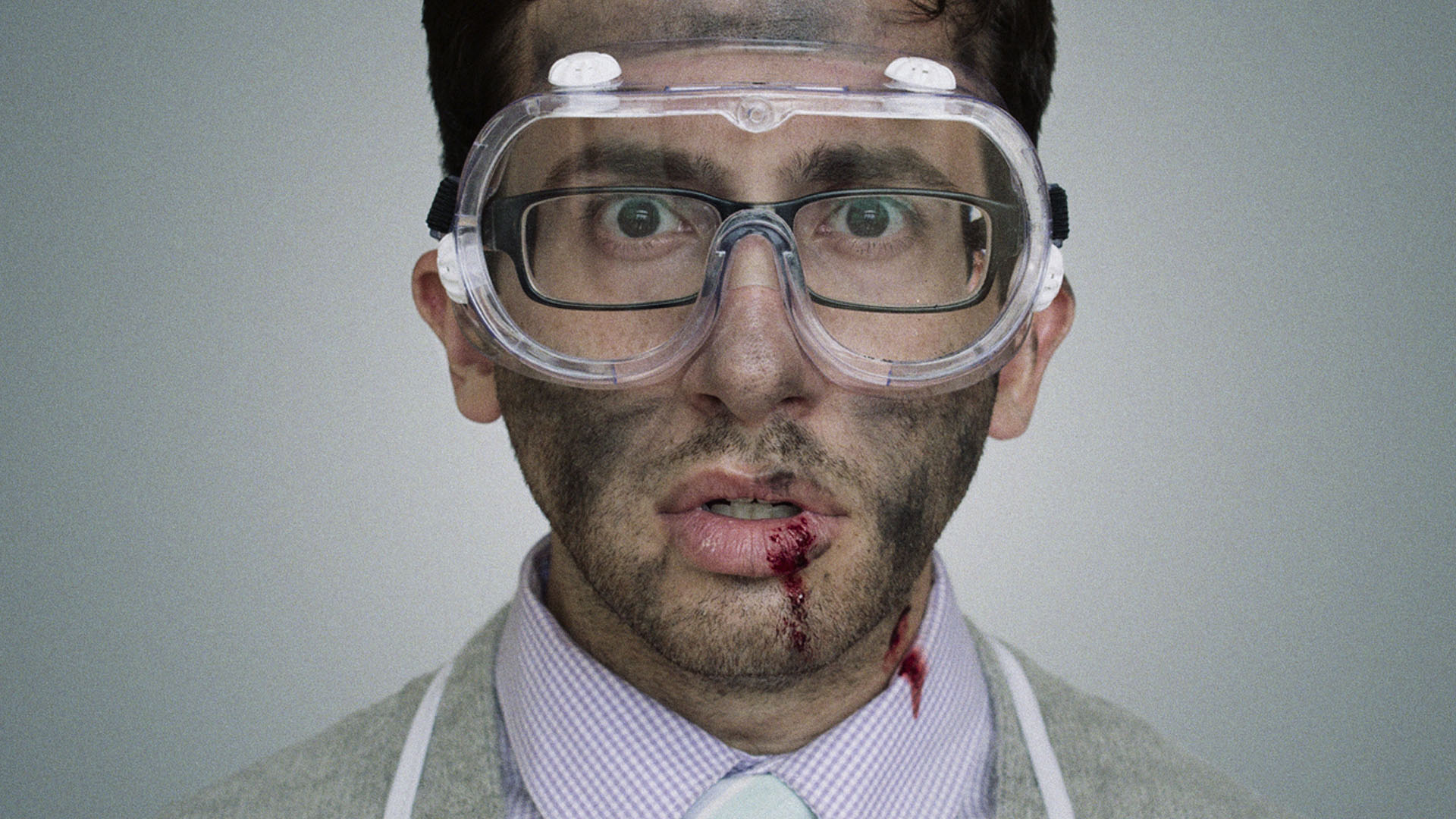 Director Drew Mylrea’s Next Door is a welcome, fresh addition to the post-apocalyptic science-fiction genre. Now, I know what you’re thinking, but, I swear, this isn’t one of those films. It’s not yet another science fiction teaser shrewdly telegraphed to make industry bigwigs take notice and fund a full feature. For what feels like the first time in a long time, here is an original science fiction vision that isn’t trying to check some production company’s four-quadrant checkbox. Yes, there are some impressive, low budget effects present in this film. But, really, this an exerciting exercise in both story and tone. In just 12 minutes, Mylrea manages to world-build a chaotic martial law scenario that is big on both heart and laughs.

Yes, you read that right: laughs. Next Door is a smart, science fiction comedy about a government collapsing on itself. It features totalitarian police regimes, terrorism cookbooks, and even tchotchke entrepreneurship in the form of caricature mugs. It may all seem a bit zany and madcap, but it’s incredibly engrossing and deftly handled, peppered with tons of small details to help round-out the world.  Moreover, it feels unique. It’s grim, yet also surprisingly whimsical. As director Mylrea relates via e-mail, “I wanted to make a somewhat ridiculous, exciting SciFi piece that had an element of whimsy…to take the audience on a familiar journey and then turn the expectations of that journey on it’s head. Our hero Nevin (Jake Regal) falls in love, and because of that, goes outside of his comfort zone.”

Without spoiling too much, the ending also feels original. There is a character-arc, but it’s not what you’d normally find in traditional Hollywood flick. Nevin might ostensibly be the hero, but by the end, the audience is left to question his motivations, as he opts for comfort over risk. What if Luke Skywalker refused to “answer the call?” Well, you might have Nevin…

The special effects are  also worth mentioning. Granted, we get a lot films with polished VFX sent our way (especially as of late). But, Next Door’s effects feel hand-crafted in the best sort of way, giving the whole film a scrappy, DIY feel. Since 3D animation was beyond Mylrea’s expertise, he bought a bunch of scale military models, weathered them, and shot them against green. Likewise for the “helicopter-pulling-people-up-gag,” Mylrea and co. snuck some time in on a blue screen stage and literally dragged his actors across the floor. When compared to other science-fiction shorts populating the market, it was a lovely analog approach.

If you’re looking to check out more of Drew Mylrea’s cinematic stylings check out his previous SciFi short, LISA and, of course, his website.