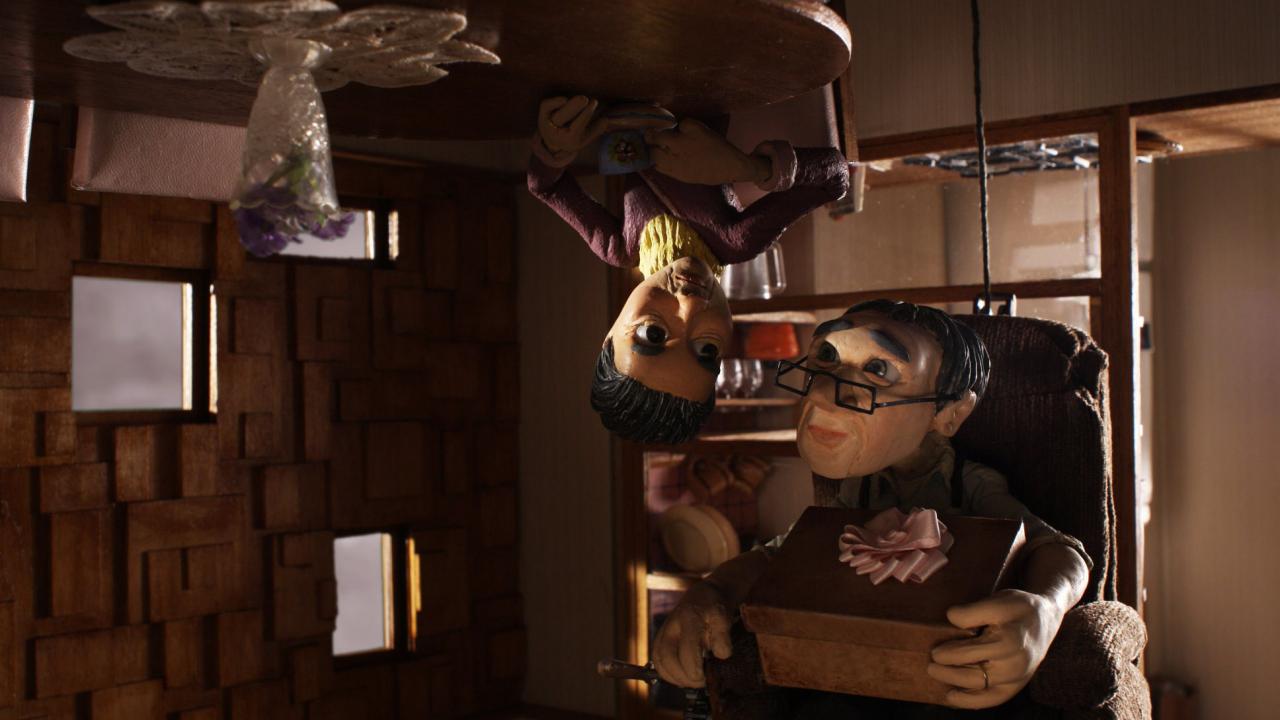 One of the most celebrated student animation’s of recent years, the winner of an Annie Award and recipient of an Oscar nomination, Head Over Heels is a film of immaculate craft. Featuring incredibly detailed stop-motion animation, the film, centering on an elderly couple whose divergent lifestyles have pushed them to a breaking point, is a monumental achievement visually, but never lets its art obscure the moving and human core of its story, taking the viewer on an empathetic and believable journey from frustration to reconciliation.

There is a good chance you’ve seen the film via last year’s Oscar Shorts theatrical or VOD releases, so we won’t delve deep into the appeals of the film, instead drawing your attention to Reckart’s interesting release. The website for the film functions as an online DVD, allowing you to watch the film, but also listen to director’s commentary and an alternative cut. The insight this provides into the creative process is really quite fascinating, especially for a film such as Head Over Heels where Reckart needs to juggle the demands of the film’s concept alongside the more basic demands of storytelling. Lots of thought went into the representation and ordering of the two worlds his character’s live in, which is clear from these extras. We love commentary tracks, wish more short films would make them, and Head Over Heels is a good example going forward of their effectiveness.

In the year since Oscar, Reckart has been very busy. A recent Variety article tipped his plans, as he is slated for a feature-length animation from Sony Animation as well as developing a tv series. The idea of a stop-motion director helming a major studio 3D release may seem odd, but it is not unprecedented. Mark Osborne after the success of More, went on to co-direct Kung Fu Panda. Reckart explains in the Variety article that, “From the point of view of directing, you’re still crafting a performance frame by frame,” he says. “Stop-motion and CG both involve a three-dimensional space that allows artists to use live-action film language and incorporate more sophisticated camera moves.”

So, before Reckart shows off his talent on bigger stage, acquaint yourself with this talented artist by digging into this celebrated short and the cool bonus material Reckart has generously prepared!