Stop-Motion film of great beauty tells the story of a young inventor as he deals with the corrupting influences of Capitalism, and examines the source of joy and inspiration.
READ REVIEW
Next Previous 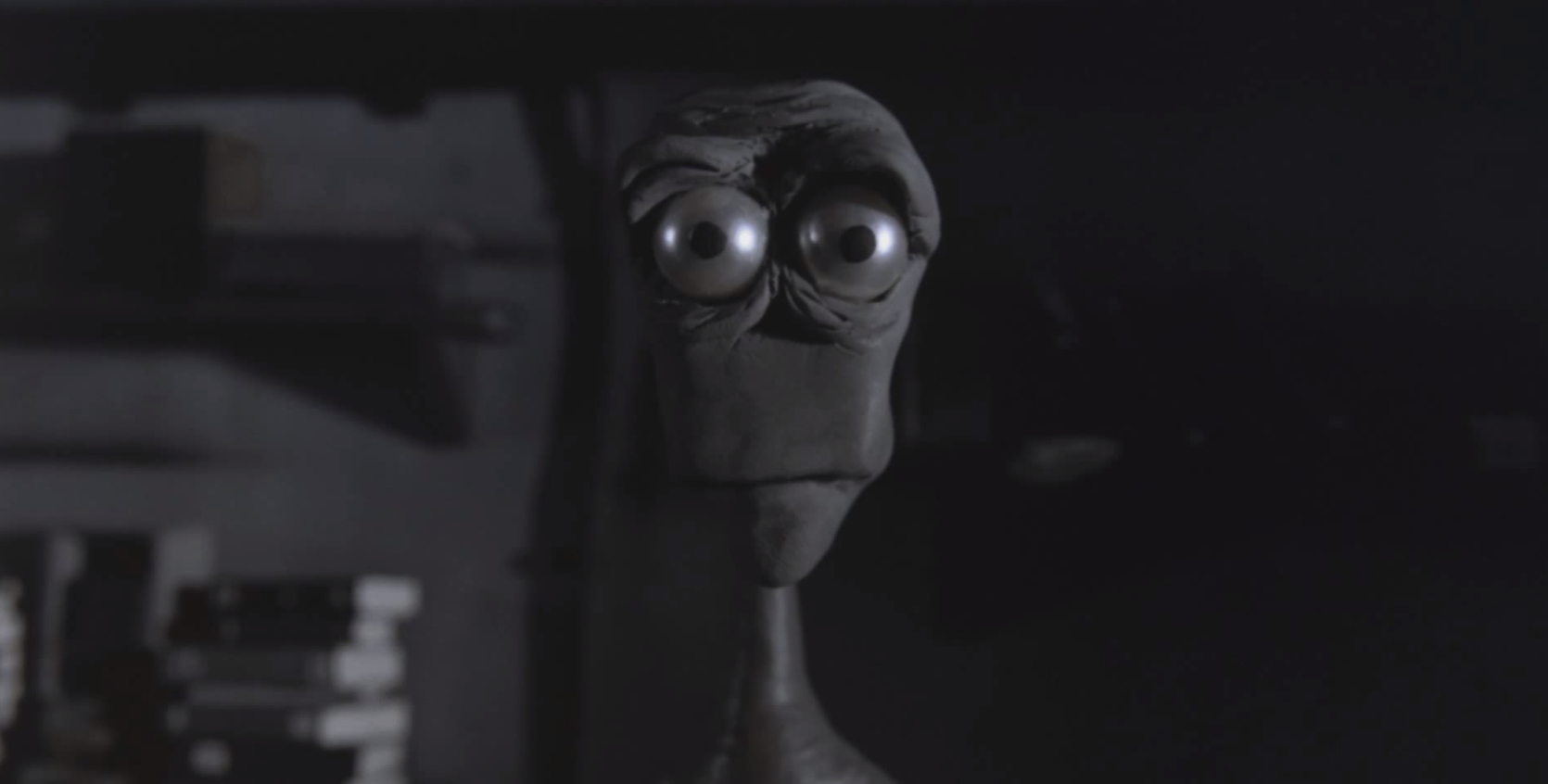 Drama about Inspiration in Stop-Motion
Directed By Mark Osborne
Produced By https://www.youtube.com/embed/cCeeTfsm8bk
Made In USA

Due in large part, I imagine, to festival eligibility requirements or DVD licensing agreements, most ambitious short films do not make it to the ‘net, or are delayed years before being released. Many end up online illegally. We have reviewed a few of these in the past, but we are trying to go more legit. What we want to do is create an environment that encourages short film creators to post their work legally.

The benefit of Internet distribution is obvious; access coupled with a low opportunity cost hypothetically delivers viewers. But to a lot of filmmakers that is a bum deal. After all, even if they get viewers—which is hardly a guarantee—then what? These viewers are not industry types who open doors, nor are they paying for their viewing privilege. With the restructuring of AtomFilms, its harder to even get a share of ad revenues.

Well when the conversation gets to this impasse, I like to point to More, as a shining example for the “free” ethos in the realm of short film.

Being an internet classic, its highly likely that many of you have seen this week’s film before. Therefore forgive me if this review drifts away a little (or a lot) from the film itself, to look at its context and significance.

More is a beautiful and moving claymation film from several years ago, directed by then-up-and-coming talent, Mark Osborne. It follows the rise of an unnamed inventor, living in a colorless world notable only for its lack of originality (all the buildings are identical). He toils by day as a factory serf producing the insipid “Happy” product, but animated by his childhood memories of joy and unfettered play, he devises a new product. Does this product have the power to change the gray monotony of his world? Or are the structures of a soulless society ultimately too corrupting?

The film was created for the rather considerable sum of around $105,000. An artistic breakthrough, the short was one of the first animations to be shot for the Giant Screen or “IMAX” format (there is some debate whether it or Petrov’s Old Man and the Sea was first). A description of the process can be found here.

With such bona fides, it was no surprise that More did well through the conventional film channels, racking up several festival honors, ultimately culminating in an Oscar nomination. Mr. Osborne enjoyed limited success from this experience though. The More website relates this experience better than I can, but while the fame the young animator received certainly opened doors, he found it difficult to parlay this unique short into new projects. And as for the film itself, it, as with all short animations, was difficult to market on its own.

It was only some years later that Mr. Osborne had the idea of uploading the film to iFilm (now Spike), one of the most successful of the early online video sites. Sadly there are no histories of online short film that I am aware of to relate the importance of this decision, but it became one of the first successful festival films I personally saw make the jump to online. From there it became phenomenally popular. Indeed More was the #1 rated film on the site for a long time. That’s when I, like literally millions of others, first came across the film.

Along the way, many of these millions became not just casual fans, but true fans of the film and clamored for, well more of More.

Thus in 2003 this short became an early pioneer of something that is still quite rare— using the internet to directly market and sell a DVD. Partnering with Justin Sewell of Despair.com, The Happy Product DVD was created. An interview on the sorely-missed Animwatch website talks about this process in more depth. So while short film compilations are as old as home video itself, and things like the ResFest compilations had used the internet effectively to market DVD’s, More was one of the first short films to harness the power of an internet-developed fan base in order to ultimately sell a product.

Since the demise of the original incarnation of iFilm, the film had been restricted to a lo-fi copy on the HappyProduct website. But now, Youtube has included it in its viewing room, a testament to the enduring love for this internet classic. Also at Despair.com you can now view the film with alternative commentary tracks, just like on the DVD.

Ultimately how successful the Happy Product has been I cannot really say. But I am sure it has recouped more of that initial $105k investment for Mark Osborne than he might have gotten otherwise. And as for the filmmaker himself? Again it is impossible to say whether the increased exposure given to More helped his career. With his talent and hard work, he might have been successful no matter what. But successful he has been. Kung Fu Panda? That huge hit for Dreamworks? He directed that.