In October 2012 a mysterious map collector passed away, and the maps were given to the Los Angeles Public Library, doubling their collection in one day.
READ REVIEW
Next Previous 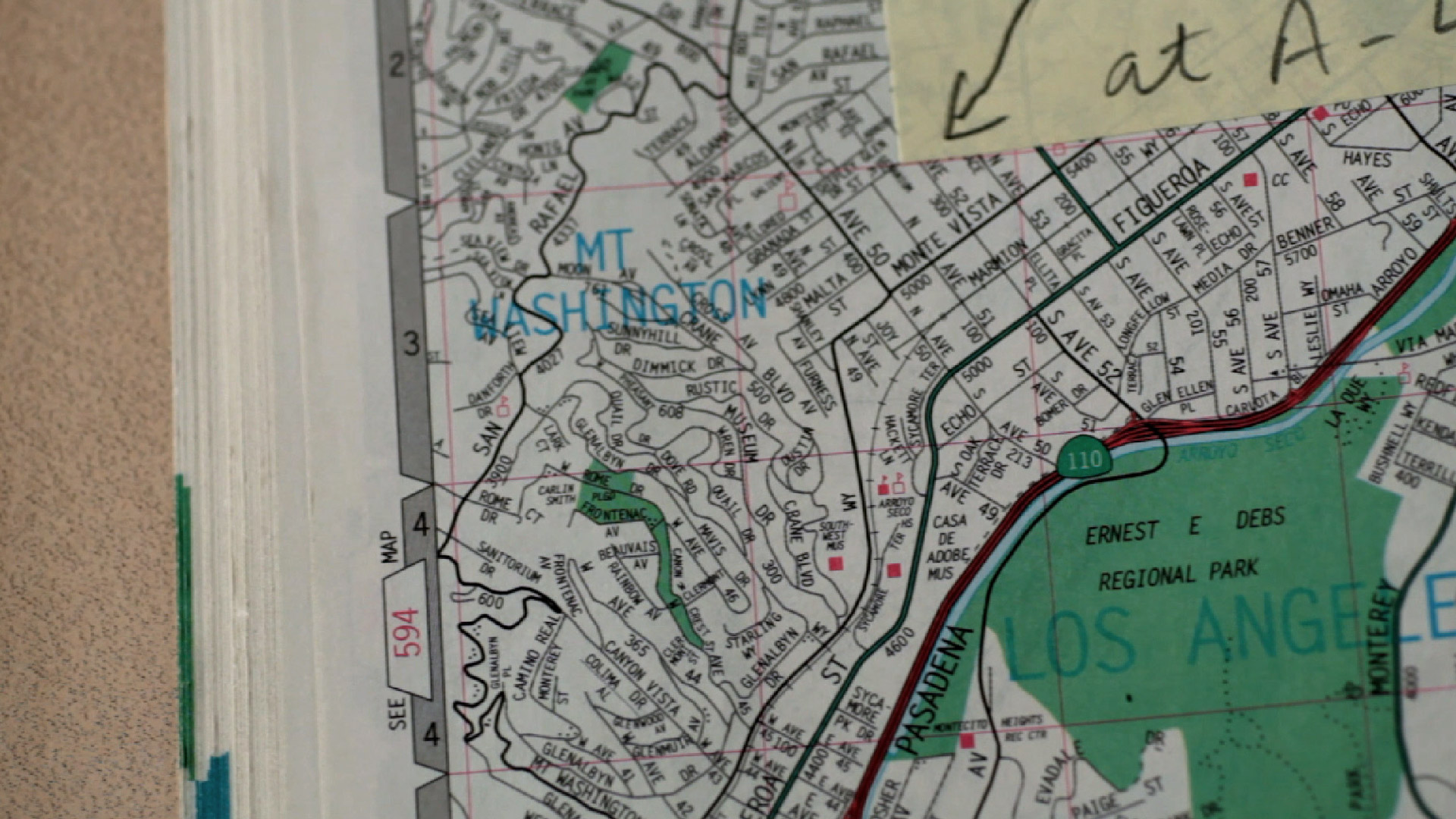 It’s strange how sometimes the most mundane objects can hold profound meaning. Case in point (as showcased in this short documentary from Alec Ernest created for the Los Angeles Review of Books) are maps. Yes, you read that right—this is a film about the emotional power of maps. And, while that subject matter might not seem like the most stimulating fodder for the documentary form, over the course of this film’s 11 minutes Ernest and his interview subject, Glen Creason, are intent on changing your mind.

In 2012, when Creason—Map librarian at Los Angeles Central Library and author of Los Angeles in Maps— received a call from a real estate agent who said that a soon-to-be-demolished house in Mt. Washington was “full of maps,” he was skeptical. Thinking he’d find at most a box of National Geographics, Creason was overwhelmed to find a small old house that was  teeming with precious, antique maps. For a man such as Creason, this was the equivalent of stumbling upon a mine full of gold.

We get a lot of way short documentaries sent our way (it’s by far the most common type of film submitted to us), so, admittedly, one must be pretty special to keep our attention. Director Alec Ernest manages to dive into the action quickly. Driven by a beautiful musical score and a quickly-paced succession of shots, the moment of discovery is presented more like the unearthing of Tut’s tomb rather than the revelation of a bunch of aging paper in a ramshackle house. While we wish the film’s overall edit was tighter (there’s a sequence towards the latter half of the short depicting pictures of the maps that could have been trimmed significantly), it’s hard to deny how captivating this film is. It’s also, surprisingly, emotionally resonant. With a final anecdote of a Chinese man who uses a map to recall memories of his sister who had died in a Japanese bombing raid, we’re reminded that even the most basic of things can be storage vessels for our emotions.

And, so by the film’s conclusion, it’s clear that maps are inherently romantic objects—analytic on the surface, yes, but also imbued with an inherent sense of both possibility and longing, of the adventures that have yet to be embarked on, of the travels that have already occurred.

To keep up to date with Mr. Ernest’s work, please visit his website.