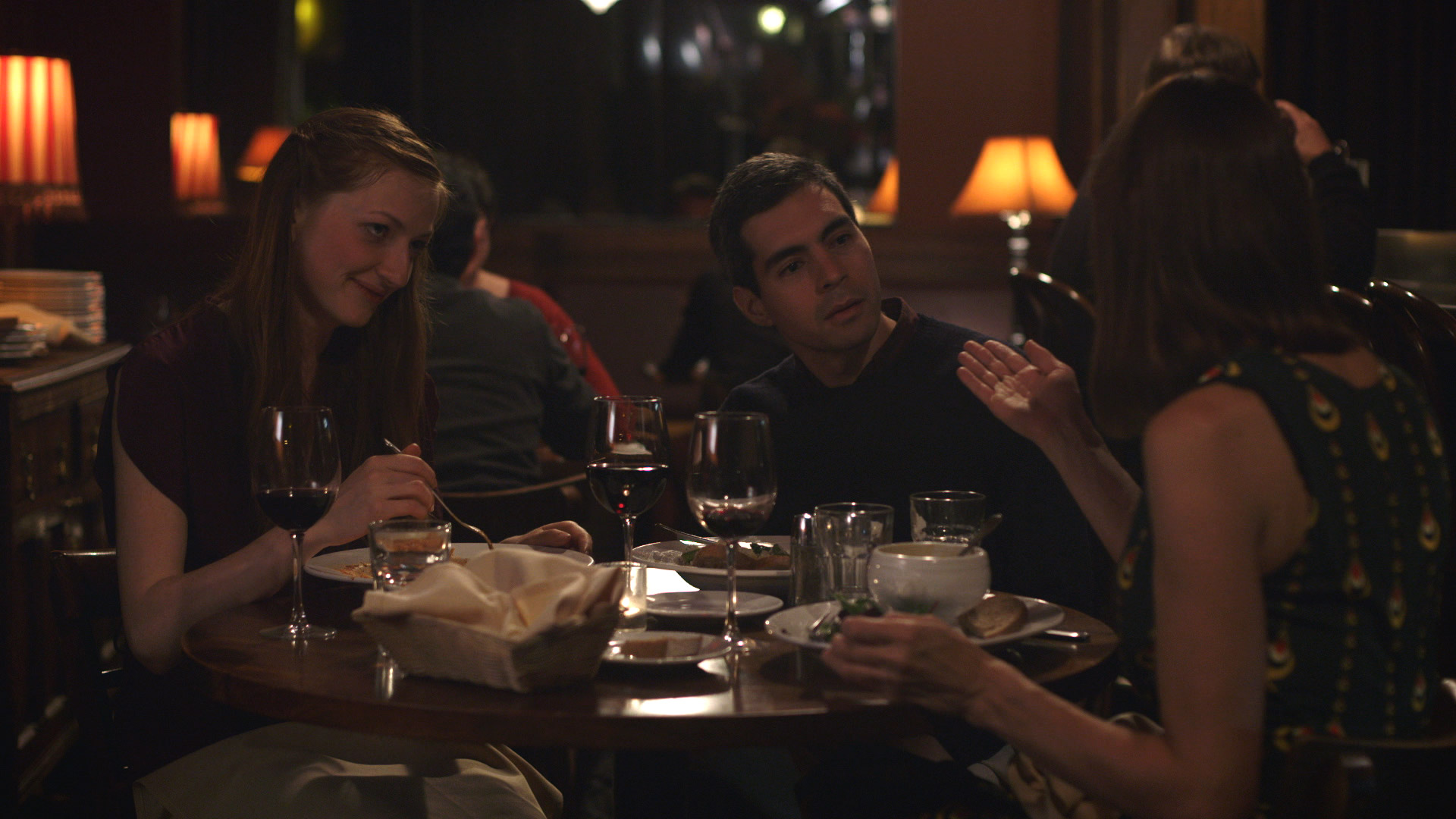 To paraphrase a common piece of filmmaking advice, the best directors cast good actors. So, keeping this in mind, we present to you Joey Izzo’s Stepsister—a dramedy focusing on the relationship triangle formed between a man, his fiancé, and, of course, the titular step-sister. This is a performance driven film through and through, relying on a trio of excellent actors to make each interaction seem authentic. It’s a deftly crafted short—a bit slowly moving, perhaps—but full of wonderfully nuanced moments that engage the viewer in the most uncomfortable of ways.

The plot is simple. Anna (Anna Seregina) doesn’t like her step-brother’s new fiancé, Beth (Beth Lisick). Awkward conflict ensues. The premise doesn’t feel particularly weighty in logline form, but Izzo manages to cram a lot of subtext into the film without ever feeling expository or ham-fisted. At its core, this is a film about someone afraid of being left alone. And, so, as a result, she manages her own personal insecurity through sarcasm, snark, and manipulation.

It’s a testament to both the film’s writing and the actors that all this comes across without ever feeling contrived. Moreover, despite the fact that none of these three characters are necessarily “likable,” we fully understand and can identify with them as people. They’re flawed and funny messes and that’s what makes Stepsister so special. It’s not afraid of painting people as the imperfect jerks that we actually are.

Working with actors is mostly about making sure the actor feels empowered to make their own decisions. Sometimes, this requires further explanation of the emotional logic in a scene. At other times, this entails figuring out the most comfortable way for them to hold a fork.

Corresponding via e-mail, director Joey Izzo elaborates on his process of working with actors. “The character dynamics mean everything to me. It’s important to find highly intelligent performers, and cater everything to their intuitions. Then, the story evolves. Even though most of the film was highly scripted, the actors had complete control over their characters’ voices, mannerisms, and delivery style. Working with actors is mostly about making sure the actor feels empowered to make their own decisions. Sometimes, this requires further explanation of the emotional logic in a scene. At other times, this entails figuring out the most comfortable way for them to hold a fork.”

Izzo shot the film over the course of three days with a very modest budget (some of which was funded by selling his extensive Blu-Ray/DVD/VHS/Laserdisc collection amassed from his time spent working at various video stores in his youth). Before appearing online, the film had a successful festival run, selected for the Cinéfondation at Cannes (not the Short Film Corner) as well as a premiere screening at the San Francisco International Film Festival. To keep up to date with any future updates from Izzo, be sure to follow Stepsister on facebook.