12-year-old Adam finds his 31-year old, superhero obsessed brother with learning difficulties a nightmare – until he sees a chance to use him to gain friends.
READ REVIEW
Next Previous 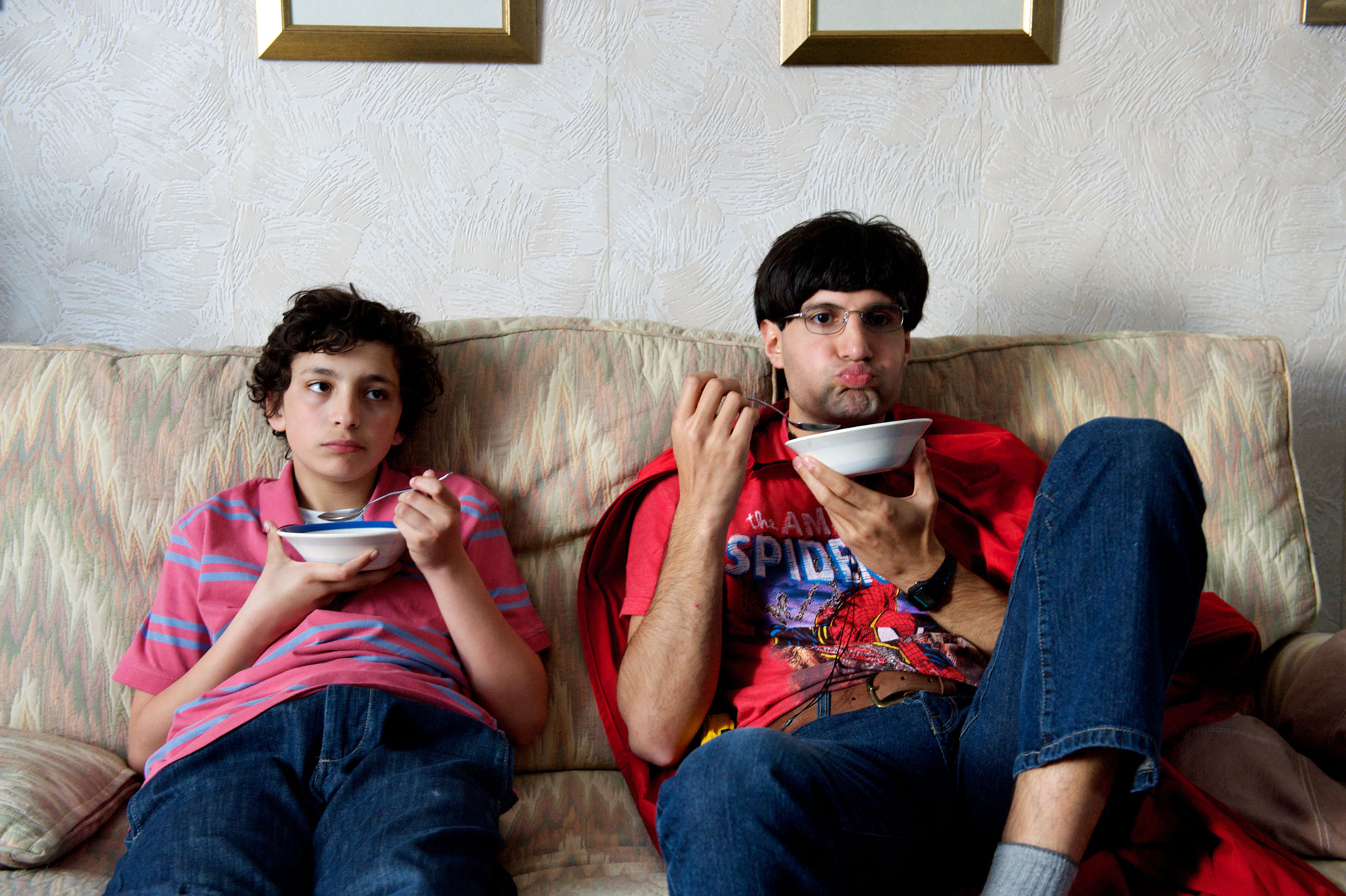 Mustapha Kseibati is a filmmaker I’ve wanted to feature on Short of the Week for sometime now. His fourth short film in the last six years, Mohammed is one he admits he puts his “heart and soul into” – and you can tell. A character-driven piece full of laughs and feels, his latest short leaves you wondering whether you should smile or cry at the conclusion of its endearing narrative.

If you were to speak to my fellow writers here at Short of the Week, they’d probably happily admit that when it comes to stirring, emotive narratives, I’m not the best judge. I can be a harsh judge of this type of film – I’m not an easy man to move (and by that I’d don’t mean I’m particularly strong or rotund), but I’ll happily admit that by the conclusion of Mohammed, I had a little tear (or two) in my eye.

The touching story of a young-boy approaching his teenage years and how he’s learning to deal with not only all the questions life throws at you at this age, but also helping his single Mother look after his superhero-obsessed older-brother with learning difficulties, Kseibati’s film is one that covers some heavy subjects whilst still maintaining an upbeat tone. Throughout Kseibati’s filmmaking, whatever the subject, there’s a real sense of fun running through his work. It may not always be wholesome, family fun (if you’ve seen Painkiller you’ll know what I mean), but as a filmmaker it always feels like his main aim is to entertain. “I want audiences to have a good time and connect with the theme of my films”, says Kseibati (you can read the full interview here), “for me a film should be like a rollercoaster ride. Fast, slow, exciting and enjoyable. I love that feeling of walking out of a film immediately afterwards and thinking that it was so much fun I want to watch it again.” It sounds like a simplistic approach, but it’s one that shines brightly throughout the director’s work. Inspired by the feel-good films of the 80’s (aren’t we all a little inspired by The Goonies in some form?), Mohammed has somewhat of a timeless-feel to it and whilst the walkman, posters and TV-programmes used in the production may give a clearer indication of the time-period the short is set, like the films that inspire the director, it feels like a story universal enough to stand the test of time.

Although I was initially attracted to Kseibati’s work because of the many references in his film’s that I could easily identify with, what has kept me interested and kept me coming back is that “rollercoaster” experience he describes. His film are full of ups and downs, full of excitement and full of emotion – but most importantly, they always make me smile and really that’s probably one of the nicest things you can ever say about a film.

I have enough trouble predicting the weather, let alone the future – but keep an ear out for the name Mustapha Kseibati over the next few years, there’s not a lot of filmmakers doing what he does, he’s got big tingz in his future.