Winner of a Student Oscar, drug violence seeps over the border in this taught and violent action short.
READ REVIEW
Next Previous 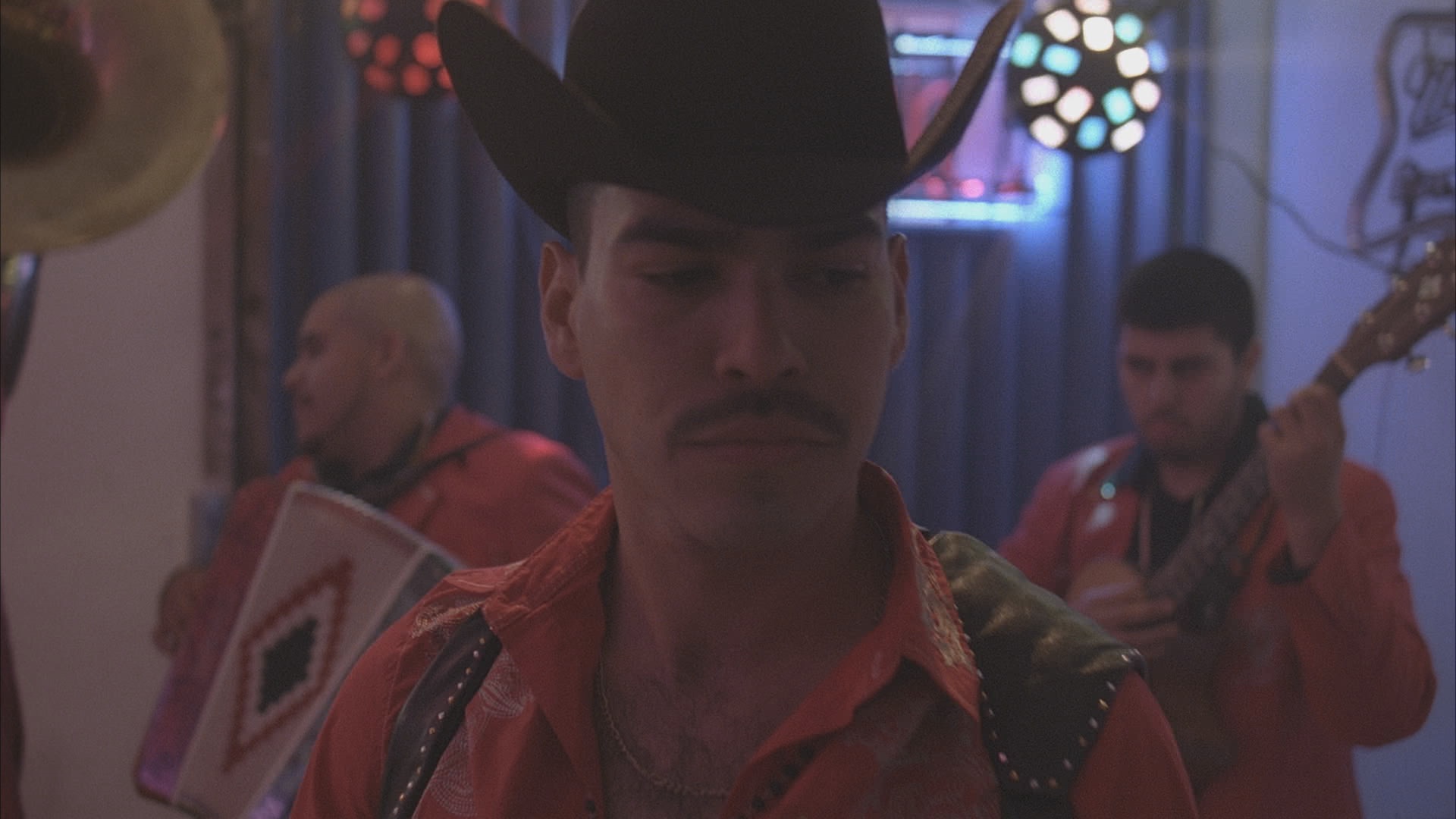 Taking inspiration from the wildly popular Mexican music genre, writer/director Ryan Prows’ short film is a tense dramatization of border politics, temptation and vengeance. Slowly unfolding late at night on a highway, the film depicts what, at first glance, appears to be a routine traffic stop. As the confrontation escalates however, your understanding of the scenario evolves, and the danger rises to a crescendo.

The film is structured with bookends showing a man performing in a small venue. Initially you don’t know what to make of this scene, and over the course of the film’s 22 minutes its easy to forget about the ambiguous open. The return to this setting at the end of the film brackets the action in between however, illuminating the Prows’ intended arc, and provides a melancholy close which provides a different flavor to the violence of the film’s middle.

Speaking of that violence, it is the film’s standout element. The scale of the action is contained, but the pyrotechnics are at a level rarely seen in shorts, with very accomplished gunplay, and quick, decisive choreography. Frequent first-person, handheld camerawork provides a level of intimacy and tension which is expertly manipulated by Prows.

There is a bleakness to the film’s message that is entirely appropriate to the horror unfolding right now in the extended drug war. No heroes, no glorification, only the crushing pessimism that any gain in temporary, and that retribution is always around the corner. Characterization is weak for such a long short, the film favoring its action, but the lyrics of the solemn narco-ballad which closes the film are haunting in their grimness. There are no winners here.